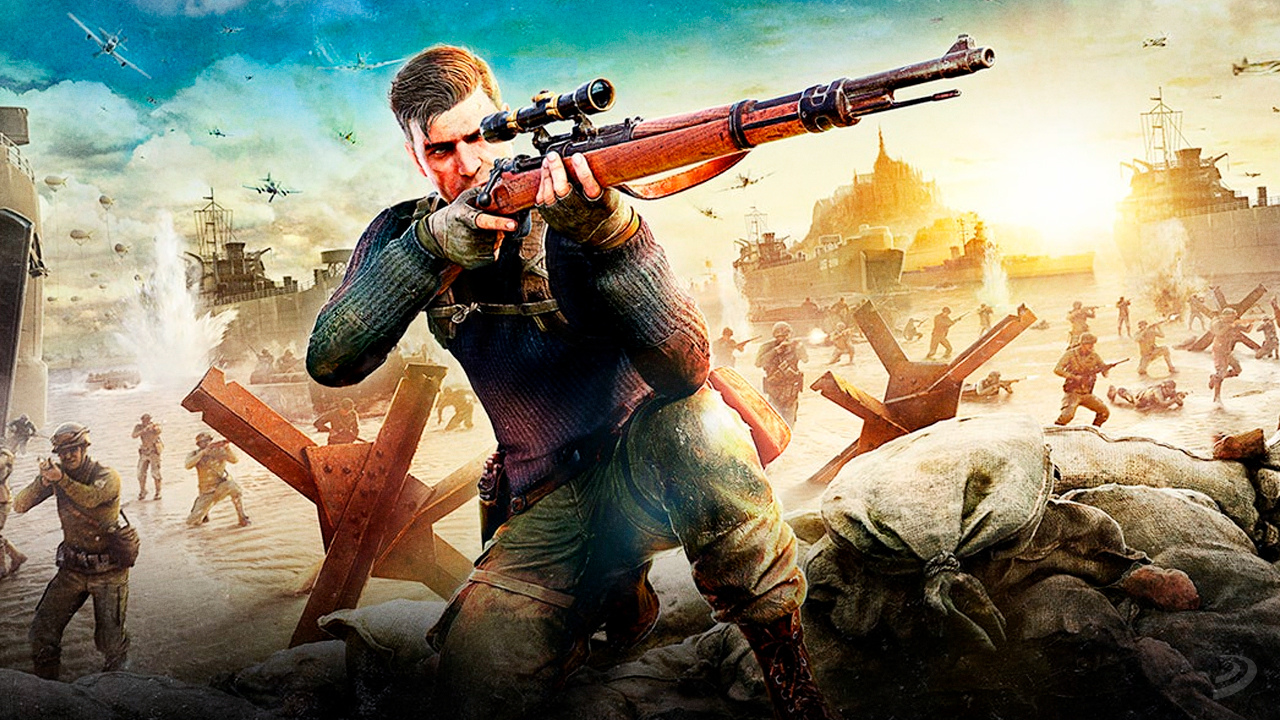 Sniper Elite 5, analysis and opinions of the game for PC, PS4, Xbox One, PS5 and Xbox Series

After fighting battles on all four corners of the conflict, sniper Karl Fairburne lands in France to sabotage the projects of an increasingly cornered Nazi Germany. What does the fifth installment of the Rebellion saga bring? We discovered it in the review of Sniper Elite 5.

You just have to take a look at the third mission of Sniper Elite 5, which takes place in the fictional Beaumaunt-Saint-Denis, inspired by the abbey of Mont-Saint-Michel, to realize that Rebellion has wanted to make a leap in complexity in the levels of its fifth installment, not to mention the photogrammetry techniques that have been used to provide greater realism to their scenarios. If you’ve played games like Hitman or even Dishonored, you’ll notice a certain resemblance when exploring this gigantic level.

But also, unlike these games, you will notice that the development of the different objectives does not evolve throughout the mission with the same mastery. Hitman relied on costumes and tools for a first phase of methodical exploration and Dishonored on powers and verticality for the same performance. In Sniper Elite 5, the sniper Karl Fairburne he is a soldier behind enemy lines and he has enough to find the methods to reduce the noise of his rifle and not leave a trace of his advance on the stage. This often results in path exploration being more random and less strategic. It’s easy to find out about tactical approaches, secret routes and shortcuts too late unless you stumble upon the information by chance.

All this, however, makes one wonder to what extent Rebellion stands before the doors of the Immersive Sim. They are able to create deep and complex levels, but I believe that two very difficult enemies to overcome still cross his path. The first is a artificial intelligence which is simply not up to par. These Nazi soldiers are cannon fodder, because it is a pleasure to kill them, there is no doubt, but they are also endowed with blindness and a lack of aim such that they look like troops from the Star Wars Empire. The other impediment I think is the saga itself: a sniper, for many weapons and traps that he handles, does not have as many abilities to squeeze levels as Beaumaunt-Saint-Denis. I don’t know what Rebellion’s plans are for the future, but I would encourage them to get out of their saga and create something with a good base to add more possibilities to, beyond firearms.

Also, not all levels are up to the task of this mission. Some are more generic, such as a metallurgical factory that meets the typical video game level almost point by point, despite the fact that it continues to comply with that attractive free design. The rule is repeated again: a flash of brilliance hidden under a layer of certain sensation of repetition of the formula. Yes, our sniper can find all kinds of accessories and ammunition for his rifle, but almost all mechanics are focused on the firearm. It’s what the title promises, right? After all, it’s called Sniper Elite, but it’s also starting to fall short for the complexity of the league Rebellion wants to play. The best moments, in fact, are no longer only given by Kill Camsan effect that impresses, although to which one quickly gets used, but to find the tools and information arranged on the stage (a lever, bombs, codes, shears…) to complete the mission objectives in somewhat more creative ways.

The lack of history is reminiscent of games from twenty years ago The last missed opportunity is the one in history, because Sniper Elite 5 does not pretend to tell anything at all. It is as if Rebellion has simply given up on this section, to the point that they do not even intend to present this war story as a documentary portrait of the time. The characters parade across the screen without charisma and without even the intention of giving them continuity in the story, since the story also ends up vanishing after the third mission to become a series of skirmishes that seek to sabotage the plans of the Kraken Operation, a Nazi superweapon that could change the course of the war. In the end, the lack of story is reminiscent of games from twenty years ago that at least had the decorum not to try to bore you with long cutscenes and briefings, beyond a short introductory text.

Fortunately, the news is better for the graphic section that, played on an Xbox Series X, presents a very clean and smooth image where that work of photogrammetry shines on some levels, especially on the second and third, although others are somewhat more soulless. Karl’s control has been polished a bit more and he gracefully executes the player’s movements, although there are certain actions that are still somewhat crude, such as the option to crawl on the ground, which will make you appreciate the work of Metal Gear Solid more V The Phantom Pain.

Of course the protagonists are still the famous Kill Cams, those moments where a tight sniper shot is followed by slow motion from the moment it leaves the rifle until it hits the body of the Nazi on duty and we see through x-rays how it destroys the lung, the brain, the eye or whatever is in your way. It continues to feature unique moments of really tight shooting, where the bullet slips through a difficult but physically possible trajectory and has been improved not only with more definition, but with more moments where we see the camera shine apart from the rifle. But again, beyond the initial impact, the human eye gets used to everything, even to the most excessive violence, and its effect is already profitable throughout its five installments, which will make you sometimes decide to omit the impact sequence to gain pace in the game. Among its multiplayer modes, there is an interesting novelty, inheritance of the mechanics of invasions from Souls, in which a human player can take on the role of a Nazi soldier and search for the player throughout the level. The problem is that it is completely unbalanced in favor of the invader. It would make sense that the player, having to deal not only with artificial intelligence, would be in a new challenge, but it is that the invaders can not only move freely around the map, but they receive help to obtain the location of the player that in turn you have to deal with a time limit. Until Rebellion balances the mode, you’re going to run into a lot of disconnects. It’s definitely a good idea, but I don’t think it’s a good fit for those looking for methodical, stealthy mission development.