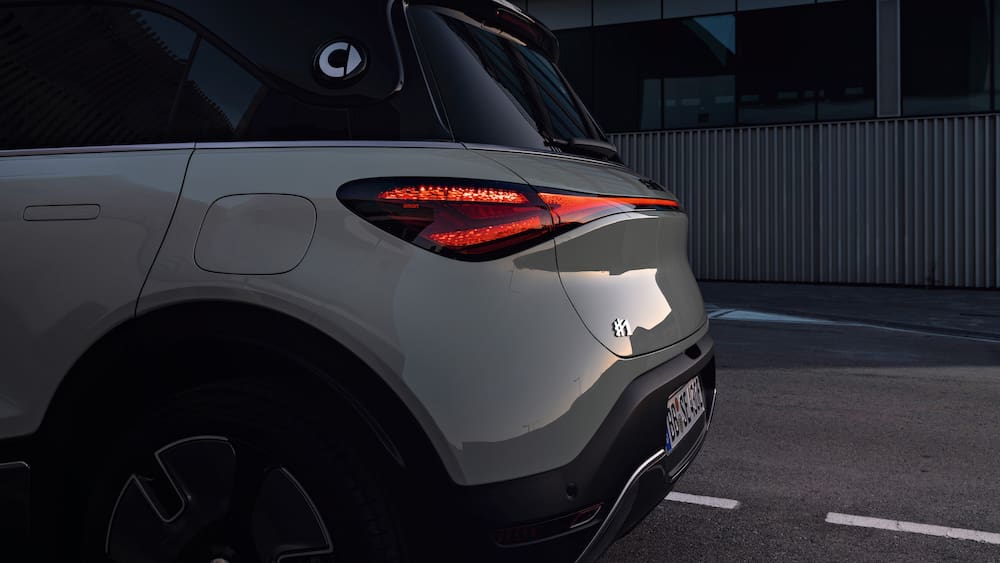 Smart starts from scratch in Switzerland this summer

From problem child to beacon of hope: Smart rolled behind the Mercedes group in recent years. The USA business was discontinued in 2019 due to lack of success, combustion versions and the four-door are no longer available from us. And the fully electric fortwo, with a range of almost 140 kilometers, is no longer technically up to date.

So it’s high time for a new start – especially since Smart has never been considered sustainably profitable. The brand is now laying it down this summer with a new corporate structure and a completely new model, the #1. Blick looked under the hood of a first pre-series car and clarified the background in eleven answers to the most important questions.

1. Why is the Smart coming from China now?

Smart was previously a subsidiary of Mercedes-Benz and developed the last generation of the city runabout together with Renault. For three years, however, there has been a joint venture called Smart Limited between Mercedes and the Chinese car giant Geely (also the mother of Lotus, Polestar, Lynk & Co.), which develops, produces and markets the new Smart. Mercedes provides the design, as can be guessed from the headlights and rear lights or in the interior. And Geely the technology, which has massively increased the pace of development. The already good workmanship of the pre-series cars is also noticeable – no more rattling plastic to be felt as in some predecessor models.

2. Why an SUV instead of a small two-seater?

Electric drive was set – after all, Mercedes wants to have only electric cars in its range by 2030. But a mini battery for a range of around 140 kilometers like in the current Fortwo (picture) would not be enough. So you need more space in the body and more height because the battery is in the underbody. This is only possible with an SUV – it works the same way with many other brands. But that doesn’t mean that a two-seater won’t be available again in the future. At Smart, however, no one says anything definitive about this.

3. What’s with the strange name?

“Hashtag One” is the correct way to pronounce the model name #1. In English-speaking countries, a number is also marked with a double cross – “Number 1” would not be a bad name from a marketing perspective. But: The 1 stands for the first model of the new company Smart, the hashtag double cross for the big role that digitization should play. For example, when Smart owners can invite passengers via an app or lend their #1 to friends and colleagues.

4. Why is there only electric drive?

The first reason is the zero-emissions strategy of mother Mercedes. Secondly, it saves development costs because partner Geely relies on electric drives for its brands from Volvo to Polestar to Lotus anyway and would have had to start development from scratch for a combustion engine. And thirdly, the e-drive is also needed for customers in Chinese megacities with their registration restrictions. In the current generation in cooperation with Renault, the combustion engines were still used because the Smart was also sold in a different bodywork as the Renault Twingo – and could therefore use a Renault engine. The 15-liter frunk is practical, as is the trunk for the charging cable in the front.

5. Is there four-wheel drive for Switzerland?

The 4×4 drive with a second motor on the front axle – the #1 otherwise has rear-wheel drive – is available exclusively in Switzerland in the Pro Plus version at market launch. The starting version called Launch Edition comes with only one engine and 272 hp (200 kW). And the performance of the all-wheel drive? It’s not quite definitive yet, but should be well over 270 hp. Other drive versions with less power will follow.

We don’t know about the all-wheel drive yet, but the range of the Launch Edition should be around 440 kilometers in the standard cycle. The battery with a net capacity of 66 kilowatt hours (kWh) is recharged with a charging capacity of up to 150 kilowatts – this means you can go from zero to 80 percent in around 30 minutes on the fast charger.

7. Is there enough space in the Smart?

Definitely, but with a length of 4.27 meters and the rather boxy shape, this is not surprising. The curved roof camouflages the great height in the rear – here the #1 has more space than even larger Stromer. Also thanks to the rear seat, which can be pushed backwards by 13 centimeters at the expense of the 273 to 411 liter cargo space. And the flat bottom pleases. But then why the high, somewhat constricting center console? So that you can sit at a distance and with at least minimal privacy when you let a passenger found via the app get in. And because of the storage compartment for the handbag underneath.

8. Who should buy the Smart?

Everyone, says Smart Switzerland boss Remo Guthauser – and thus gives the answer that any boss would give to any other brand. He just doesn’t mean the individual customer, but every household: because in the future the car can be rented, loaned or shared with digital services and so the costs can be partially recouped. And because it is suitable as a first or second car, depending on the size of the family. The target group should be 20 to 45 year olds who enjoy design and are open to digital technology. Or rather the generation from the age of 50 who would like to be 20 or 45 years old again and who can also afford a new car?

In the past, the Smart dealers could be recognized from afar by their typical glass tower. That will soon be a thing of the past, also because the #1 would not fit into the compartments in the tower. In the future there will be 13 dealers for the new Smarts across Switzerland – the previous model will then be sold for the rest of its term by the previous dealer network under Mercedes direction. The customer makes the contract online directly with Smart, the dealer shows the #1 in the showroom and takes care of the test drive, advice and delivery. Even if you configure and order the car online on your own, the dealer closest to you gets a fee for it – this cushions the risk of online trading for the dealer.

10. How much does the new Smart cost?

That is the last big open question – next to the one about the driving characteristics. For the Launch Edition, Blick expects CHF 45,000 to 50,000. If the versions with less power follow soon, the base price of the #1 should still drop.

If #1 is the first new Smart model, #2, 3 and 4 are likely already in the pipeline. But: Smart doesn’t necessarily mean mini, says Remo Guthauser. With the new start, the brand is keeping its design philosophy and youthful image, but is no longer limited to small city runabouts. Future smarts could be smaller than the #1 – but also bigger. A variant of the #1 has already been definitely confirmed. Maybe a convertible? An XXL panorama roof like the Smart Concept from 2021 is already available in the production car – you only have to construct the top.