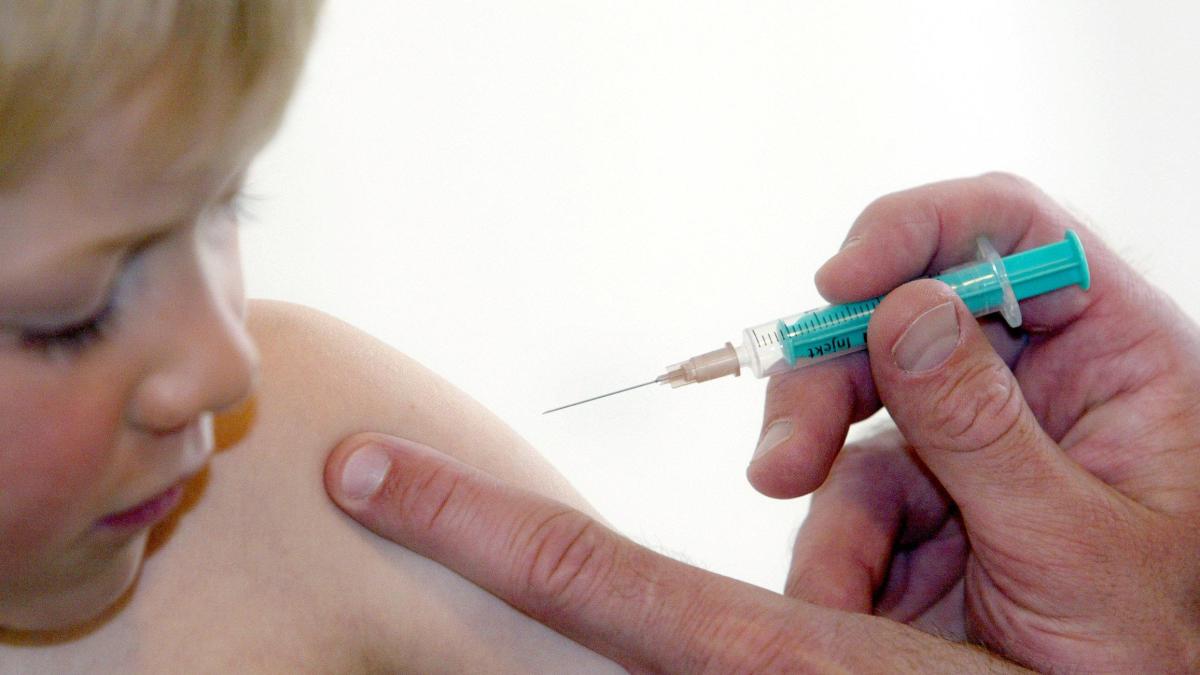 Antibiotics should only be used when medically necessary. Experts have been warning for years that the improper use of these bacteria killers can promote the development of resistance and thus dull the medical miracle weapon in the fight against life-threatening germs in the long term.

Now there is another strong argument to be very careful when using antibiotics, especially in small children. Researchers led by Timothy J. Chapman from the Rochester General Hospital Research Institute report in the journal “Pediatrics” that taking antibiotics in small children can lead to reduced effectiveness of vaccinations.

The researchers regularly examined 560 children over a period of six to 24 months and took blood samples. Of the test subjects, 342 children had received antibiotics, for example to treat a middle ear infection. The remaining 218 children had not taken any antibiotics and thus served as a control group.

The antibody titers against ten antigens of the four vaccines against diphtheria-tetanus-pertussis (DTaP), the inactivated polio vaccine (IPV), the Haemophilus influenzae type b (Hib), and the pneumococcal conjugate vaccine (PCV) were measured. The researchers found, with great significance, that antibody levels in children treated with antibiotics were, on average, lower than in the control group.

“The most important result is,” comments Professor Ulrich Schaible from the Leibniz Center for Medicine and Biosciences in Borstel, that the measured antibody titers “are below the concentrations that are generally considered relevant for immune protection. This would put them at an increased risk of contracting infections caused by the pathogens against which they were vaccinated.”

There is no doubt about the significance of the study. “In my opinion, this study was scientifically sound,” says Schaible. Claudius Meyer, head of the Pediatric Immunology working group at the Center for Child and Adolescent Medicine at the University Hospital Mainz, confirms: “The study is professionally structured, follows the usual, very strict requirements for clinical studies and can conclude on a statistically significant number of study participants support.”

Gut bacteria hold the key to the explanation

The authors of the study also have a plausible explanation for the observed effect. They suspect that the antibiotics change the composition of the gut microbiome and in particular kill bacteria that strengthen the immune system. This then results in a weaker immune response after vaccination.

“The intestine is colonized by countless different bacteria that keep our immune system busy and ensure that it stays in balance,” explains Cornelia Gottschick Institute for Medical Epidemiology, Biometry and Computer Science at the University of Halle-Wittenberg.

“Antibiotics prescribed for otitis media in early childhood not only attack the harmful bacteria in the ear, but also the beneficial bacteria in the gut microbiome. This disturbs the balance between the bacteria and our immune system and it is conceivable that vaccinations will no longer be fully effective, which can lead to reduced immune protection.”

Because the study shows that the negative effect is less if the antibiotics amoxicillin and clavulanate are given for only five days instead of ten days, Schaible recommends a shorter period for the administration of antibiotics in young children. “So shorter treatment schemes would have to be developed that can be effective even in the short time,” he demands.

“It is possible that taking probiotics, which are intended to protect the intestinal microbiome while taking antibiotics, can reduce the effect observed in the study,” says Gottschick.

However, Meyer emphasizes that the use of probiotics should not be viewed in isolation, “basic effects of the composition of the diet should also be taken into account.”