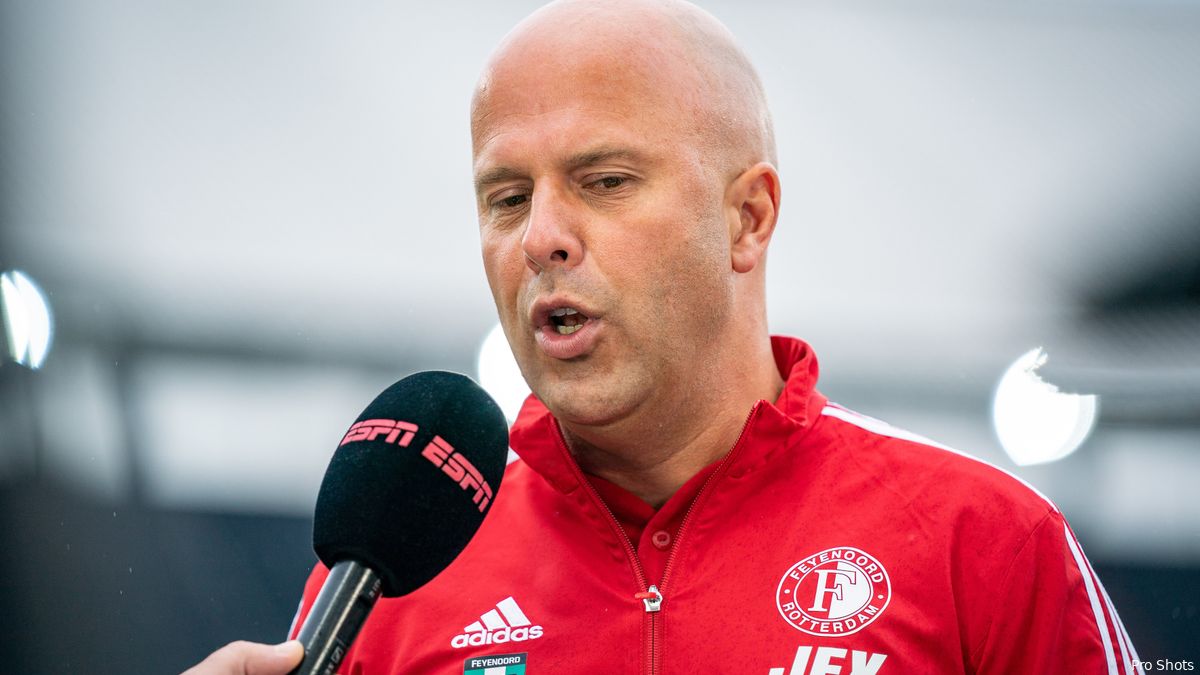 Feyenoord is still not ready after a good week on the transfer market. As is known, the Rotterdammers want to add two new left backs to the selection. Feyenoord is also looking for an extra winger. Arne Slot tells in conversation with ESPN why an extra attacker in the roster is important.

“Outsiders are usually the positions where you switch players most often,” Slot begins. ”If someone is injured, which sometimes happens, it’s very good to have a lot of wingers. Especially if they can also handle other positions. Offsiders also have to create a lot and that’s something you can’t expect from them every week. Then it is very nice if you as a coach have substitution options.”

The fact that Feyenoord is still going on the transfer market for an attacker has nothing to do with Alireza Jahanbakhsh. The winger has had a difficult season in De Kuip. According to Slot, Jahanbakhsh does not have to leave Feyenoord and there is currently nothing concrete. “But if a player is not happy, then you have a different discussion. I thought Alireza came in very well, was aggressive, so he sent the right message.”

Can we expect purchases this week?
Slot cannot say whether Feyenoord will present new players for Vitesse. “I have often thought that players would be there before. The left back position is where we have been most active. The fact is that the players who have come now have also been waiting a little longer than we would like. To give a simple example: we had been working with Timber since the start of preparation. That indicates that transfers sometimes take a little longer.”

”We have actually been working on the left back position since that period and then you are sometimes dependent on another club. In general, you want players who have already played matches, especially for us at this stage: not attracting another player who needs six weeks. Then it is more difficult to attract a player. In short, you depend on several things. I would have expected the left-back to have been there sooner, so I find it very difficult to say he will be there tomorrow.”