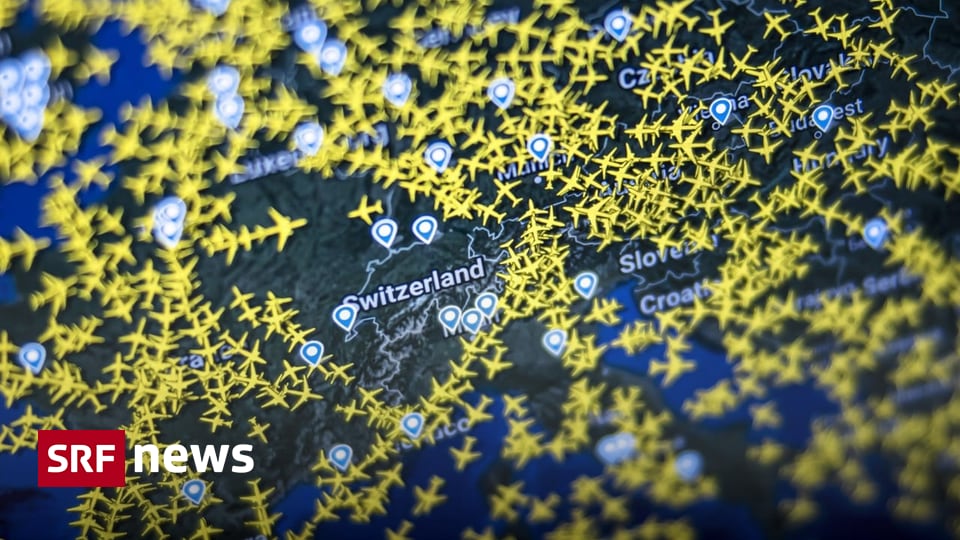 Skyguide takes a stand – Urs Lauener: “I’ve never experienced anything like it” – News

Around 100 canceled or diverted flights, thousands of stranded passengers: on Wednesday morning nothing worked in Swiss air traffic. The controlled airspace was completely closed for around five hours. The reason: a technical fault in the network of the Swiss air traffic control Skyguide. Urs Lauener, Head of Operations at Skyguide, explains how that could happen.

SRF: Skyguide is always the focus when something goes wrong. Now something went wrong – and really wrong.

Urs Lauener: Unfortunately, that’s the way it is, we have to admit that. That’s not the way we want to function. It is an event that is really very unusual, in that the back-up system did not react either.

You have to explain that in more detail. Every company knows that IT goes on strike. But why doesn’t a system-relevant company like Skyguide have a back-up system that always works?

Basically, we already have that. We still don’t know exactly why the triggering mechanism of the back-up system didn’t take place.

The systems are basically redundant.

We must now analyze this in detail. But the systems are designed to be fundamentally redundant.

See also  The achievements and failures of AMLO in the fight against organized crime, according to Eduardo Guerrero - El Financiero Bloomberg

What exactly is this device that has failed?

That’s relatively banal: It’s a switching node in the network where you could quickly find out that the problem was there. Then you replaced it and restarted the system – and then it worked again.

After the breakdown, operations at Zurich and Geneva airports are back to normal

Air traffic at Zurich and Geneva airports is largely back to normal after Skyguide’s network breakdown on Wednesday. The airport operating companies said on Thursday on request.

Operations at Zurich Airport continued to improve over Wednesday, said a spokeswoman for Zurich Airport.
A total of 98 flights were canceled in Zurich. The financial damage to Flughafen Zürich AG is, as far as this can already be assessed, “comparatively clear”.

Air traffic has also resumed normally at Geneva Airport, as a spokesman for Geneva Airport said. For Geneva Airport, the effects of the network breakdown are comparable to disruptions in airspace, failures due to snowstorms or strikes at major European airports, the spokesman said. A total of 72 flights were canceled during the day. Of the 33,000 passengers expected on Wednesday, at least 25,000 were affected in some way by the breakdown.

This time it was a device gone silly. But the question now arises: is air traffic control an Achilles’ heel of the Swiss system?

We invest a lot in IT security. After the daily operation, this is our top priority. Because we are aware that these systems can be endangered – we want to prevent that. We’re doing our best to ensure that doesn’t happen.

You have known Skyguide air traffic control for decades and have also worked as an expert for the federal government: Have you ever experienced something like this?

No, I’ve never experienced anything like this in this dimension.

Can you say today: Something like this won’t happen again?

We will do everything we can to ensure that this does not happen again. You can never rule that out. There is no 100% guarantee that systems will always work – this is the case in any business.

Skyguide is looking for a source of error

Skyguide confirmed that flight operations in Switzerland are back to normal. They are investigating the incident on Wednesday at high pressure in order to determine the exact source of the error and to be able to prevent it in the future. Skyguide regrets that partners, customers and passengers should have suffered as a result.

In addition to the international airports, Skyguide is also used at the civil regional airports in Bern, Buochs, Grenchen, Lugano Agno and St. Gallen Altenrhein, as well as in Locarno and Sion, where both civil and military flights take place.

Skyguide is majority-owned by the federal government and has its headquarters in Geneva. 1,500 employees work for Skyguide at 14 locations.

The company finances itself with fees for arrivals and departures as well as for overflights.

The Federal Office for Civil Aviation (FOCA) asked Skyguide to draw up a report on the incident for the attention of the FOCA and the Department of the Environment, Transport, Energy and Communications (UVEK) within two weeks.