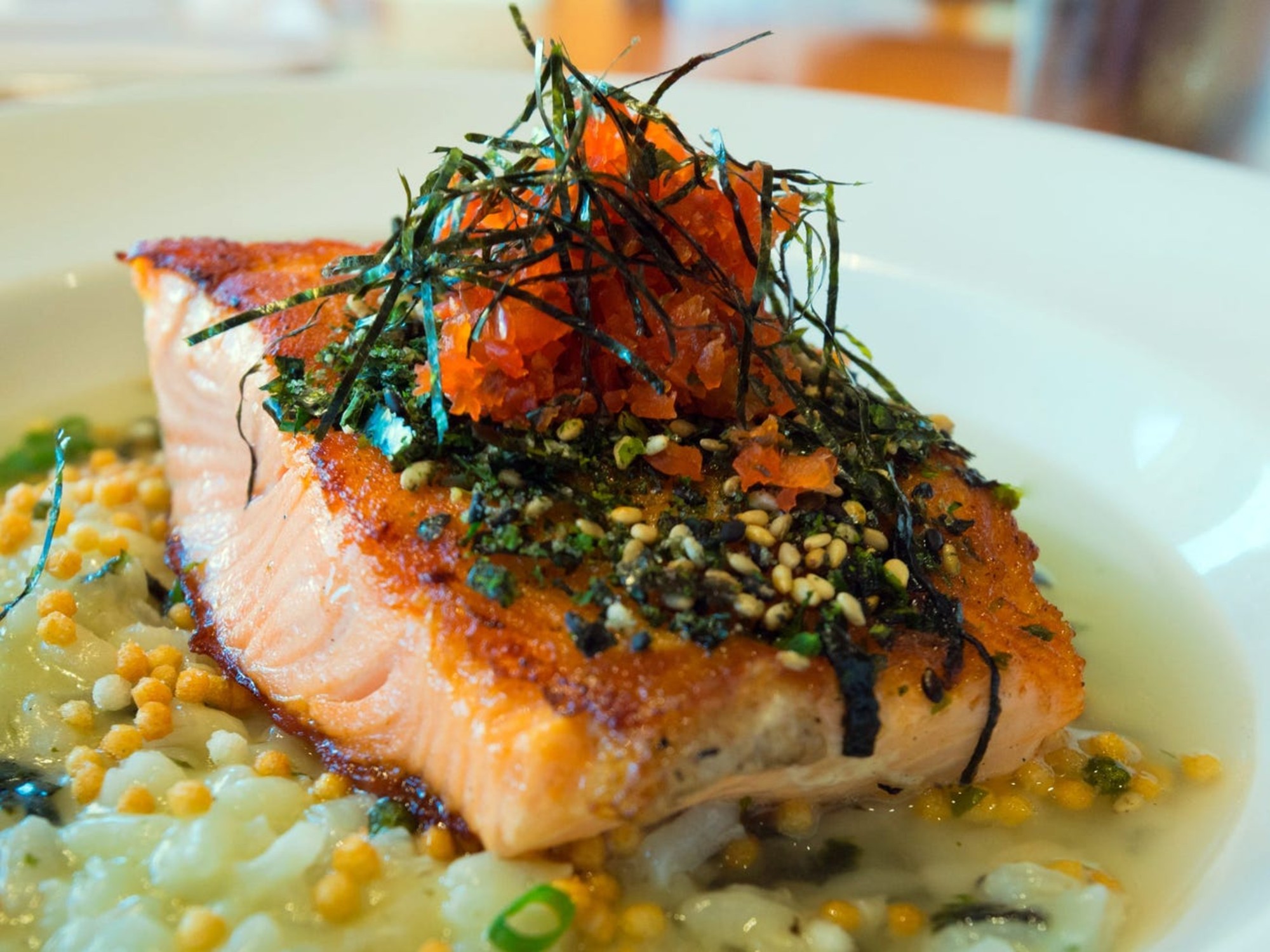 Six foods that are particularly rich in vitamin D

Although it can be produced by the human body naturally from the sun’s rays, many are deficient in the “sunshine vitamin”.

Some of the foods with the highest levels of vitamin D include certain fish, such as trout.

Egg yolks and mushrooms are also good sources of vitamin D and are suitable for vegetarians.

Vitamin D is an important substance for the human body that contributes to the formation of strong bones, among other health benefits. Although it can be produced by the human body naturally from the sun’s rays, many are deficient in the “sunshine vitamin”. This is because people spend a lot of time indoors. Those who don’t get enough sunlight can get part of their daily dose of vitamin D through certain foods.

How much vitamin D do you need?

James Fleet, a professor of nutrition at Purdue University, says older people with darker skin types or people who cover their skin for religious or health reasons are at higher risk of vitamin D deficiency. To help you meet the recommended daily intake, here are six healthy foods rich in vitamin D.

“Salmon is a great source of B vitamins and omega-3 fatty acids. These are believed to prevent cardiovascular disease, cancer, Alzheimer’s and inflammation in general,” says Vanessa Rissetto. She is Associate Director of the Department of Nutrition at New York University. She recommends baking a fillet at 350 degrees Fahrenheit for 45 minutes. Marinate the salmon in non-fat Greek yogurt, dill, garlic, and lemon juice for extra flavor.

Trout is another rich fish option for those looking to increase their vitamin D intake. A serving of raw farmed rainbow trout contains 540 International Units of this essential vitamin. Trout are also an excellent source of other vitamins and minerals, says Rissetto. This includes:

Risetto says an easy way to cook trout is to grill it in a pan with shallots, garlic, and a tablespoon of olive oil. Place them on top of a tossed salad for a light lunch or dinner.

Cod liver oil is a dietary supplement that can be purchased at most grocery stores. It’s a good alternative for people who don’t like fish or are looking for an extra way to add vitamin D to their diet. While cod liver oil used to be inedible on its own in a spoonful, “cod liver oil is now offered in capsules so you can avoid the taste,” says James Fleet. Two capsules correspond to about five milliliters of cod liver oil and provide you with about 400 international units of the sun vitamin per day. This corresponds to about 66 percent of the daily vitamin D requirement of an average person.

See also  3 habits that cause anemia without you realizing it

This difference in nutrient levels comes from the way the mushrooms are grown. Just like humans, mushrooms produce vitamin D when exposed to sunlight. Typically, store-bought mushrooms are grown in dimly lit environments, resulting in less vitamin D. To get more mushrooms into your diet, Rissetto recommends sautéing them and plating them on top of eggs or turkey patties. Store mushrooms in a paper bag to prevent them from rotting.

Another option for vegetarians looking to increase their vitamin D levels is eggs — especially the yolk. A large egg with the yolk contains about 44 international units of vitamin D. That accounts for six percent of the recommended daily value. You also don’t have to worry about egg yolks affecting your cholesterol levels too much. “We’ve been studying eggs for the past 60 years and we’ve found that the yolk isn’t responsible for raising cholesterol levels,” says Rissetto.

Is It Possible To Take Too Much Vitamin D?

See also  Is a Tetanus Agent Effective in Treating Depression, Parkinson's and ALS?

Doctors usually advise patients who are prone to fractures, suffer from hypoparathyroidism, a thyroid condition and autoimmune diseases such as multiple sclerosis to take vitamin D supplements. If you’re considering taking a vitamin D supplement, talk to your doctor to find the right dosage for you and to make sure you’re not over-indulging.

This article was translated from English and edited by Julia Knopf. It was published in April 2021 and was checked again. You can read the original here.