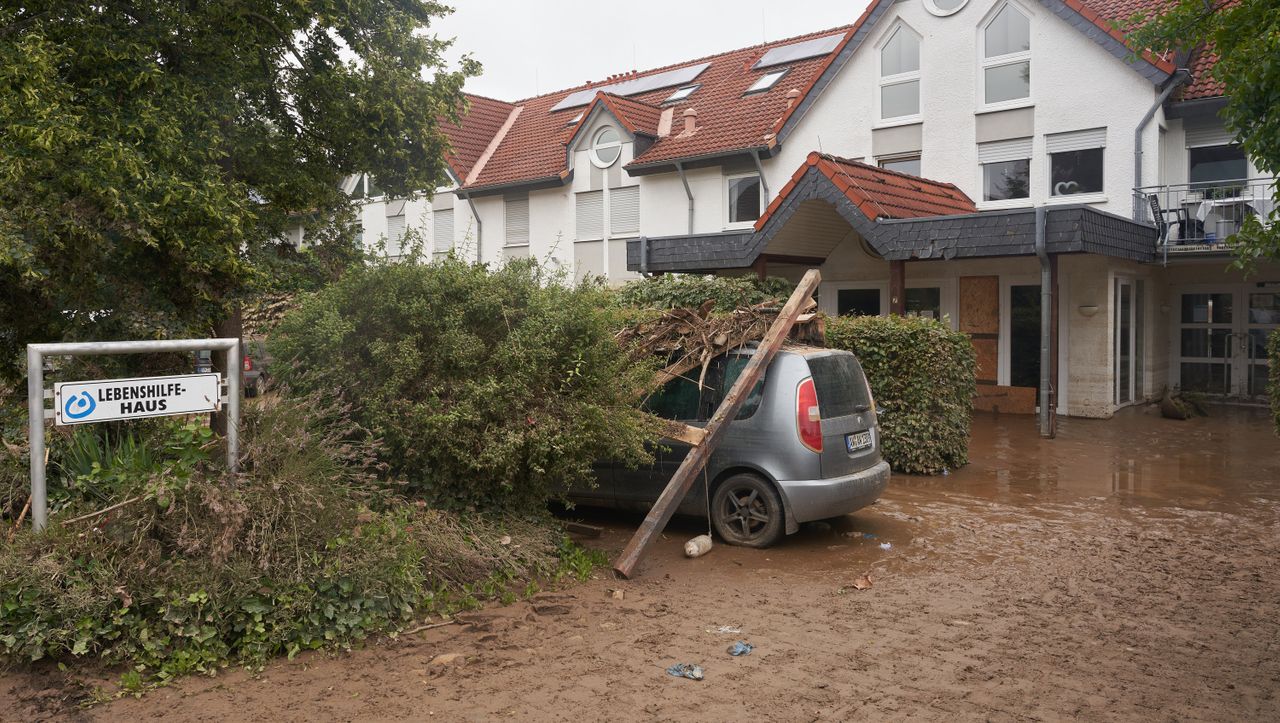 In Sinzig in Rhineland-Palatinate, twelve residents of a facility for people with intellectual disabilities died as a result of the flood. After the storm on Thursday night, 13 people were missing there. A spokeswoman for the Ministry of the Interior in Rhineland-Palatinate said one of them was saved alive and taken to hospital. On Thursday evening, nine fatalities were initially confirmed in the facility.

“The water reached the ceiling of the ground floor within a minute,” said the managing director of the Landesverband der Lebenshilfe Rheinland-Pfalz, Matthias Mandos. The night watch still managed to bring several residents to the first floor of the dormitory on the Ahr. “When he wanted to get the next one, he was already too late.” The masses of water had penetrated the building so rapidly that there was no chance.

The home has 34 places and is located in a lower residential area of ​​the city, which lies at the confluence of the Ahr into the Rhine. The team in the house was completely traumatized, said Mandos. Pastors prepared to carefully educate the surviving residents about the terrible incident.

On Friday, a layer of mud about three meters high was visible on the building, which reached over the windows of the ground floor. Initially, »Bild« and »t-online« reported.

The level of the Ahr had risen sharply in the night from Wednesday to Thursday. The water had flooded the dormitory’s first floor. The people could not save themselves. The fire brigade recovered the bodies.