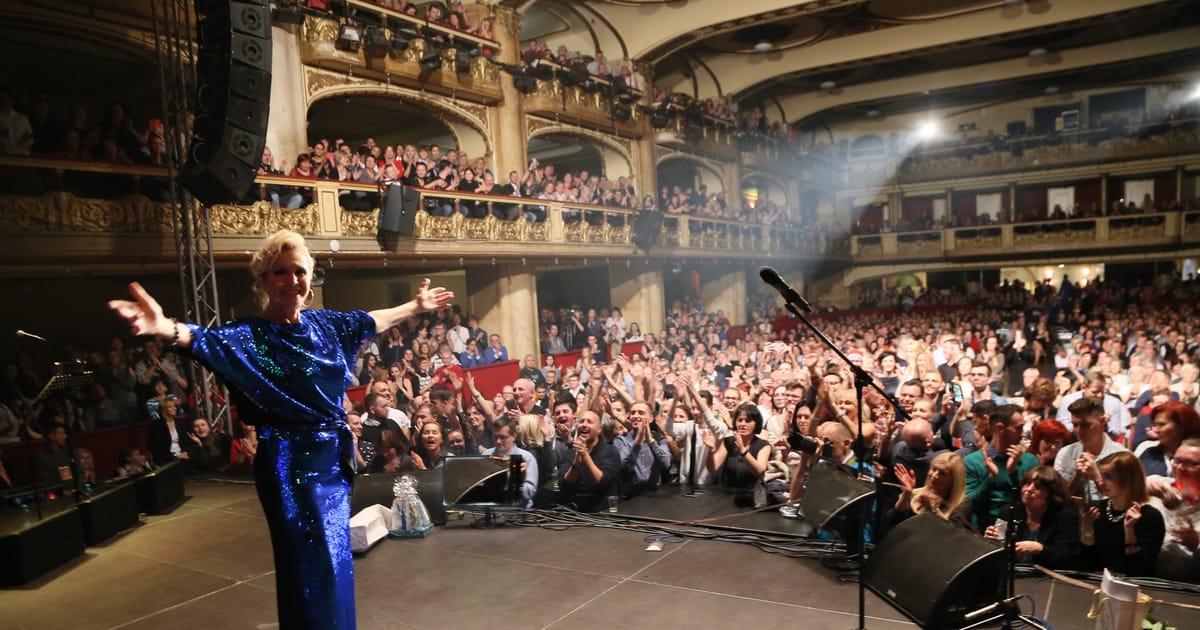 Singer Helena Vondráčková: “In Germany I learned to be perfect”

Ms. Vondráčková, we will meet shortly before your milestone birthday. As a singer, you can’t celebrate this in any other way than with concerts. What are you planning for this occasion?

“I’m planning a tour in the Czech Republic and Slovakia this year. There are about 30 concerts. We started in the spring. And because of Corona there were problems at first, because of course people were a bit afraid to come to the concerts and even attend cultural events. But fortunately the fear is over, the concerts are full and we have great success with it. That pleases me immensely. This week, on Saturday, we have a big concert in the Lucerna Hall. This is the most famous concert hall in our country, in an old building in the center of Prague. I also have pleasant guests there, singers and a tap dancer. Of course it will be sung live, with my band, the Charlie Band, made up of wonderful musicians. Czech Radio and Czech Television will also be there.”

“I’m planning a tour in the Czech Republic and Slovakia this year. There are about 30 concerts.”

“First of all: This Smago award made me very happy, I was incredibly happy. It was a very enjoyable evening because I had the opportunity to sing a song live. In German of course. It happened again after a long time. Before that, if anything, I did more television in Germany than gave public concerts there. Well, it was great.”

Can you remember your beginnings in Germany? How did you end up singing there? It was ever very early in your career…

“That’s correct. That was in 1965. After graduating from high school, I came to Prague and got a job at the Rokoko Theater – a small theater on Wenceslas Square that still exists. I often went to Germany with colleagues from this theater. At that time we mostly performed in West Germany because our theater had a partnership with the North German Broadcasting Corporation. I remember that we were in Cologne on the Rhine for the first time and then in Bremen. It was a very pleasant cooperation. I was lucky because as a schoolgirl I had the opportunity to learn German. I was then also able to sing German, and that was my advantage. We also did a TV show in Bitterfeld. As far as I remember, the Spejbl and Hurvínek Theater was also there, and it was a very popular programme. I don’t remember the name of the series, but we were there a lot.”

“Everything was taken more seriously in Germany. The television and the concerts were brilliantly conceived. Such big shows as in Germany were not usual here.”

Before the fall of the Wall you sang in both West Germany and the GDR. Was the pop music world different there than in Czechoslovakia?

“Yes, I have to say that everything was taken more seriously in Germany. The Czechs are a bit ‘easy going’, I mean primarily the organization. The television and the concerts were brilliantly conceived. Such big shows as in Germany were not common here. I was very happy that I had this opportunity. I learned a lot in Germany, such as being perfect and punctual. They also had very good technology at the time, both on television and in the concert halls. I always really enjoyed going there. I also had the opportunity to perform with fantastic ballet companies – whether it was the TV Ballet or the Friedrichstadtpalast Ballet. Also, in the 1980s, I got the opportunity to host an entire program, which was very difficult for me.”

That was the popular TV show “Ein Kessel Buntes”…

“A kettle of colorful, exactly. I did a count a short time ago: I performed there seven times in the program. That was really very nice. I really enjoyed doing that, also together with my colleague Jiří Korn.”

Do you have a city, a place or a favorite hall in Germany where you particularly enjoyed performing?

“For me, the Friedrichstadtpalast was really the largest, most beautiful and most perfect stage in Germany.”

“For me, the Friedrichstadtpalast was really the largest, most beautiful and most perfect stage in Germany. I remember my first performance there, it was still the old Friedrichstadtpalast. After a few years, this was demolished and a new, modern hall was built opposite it.”

At the beginning we talked about your concert plans. Are you planning any performances in Germany in the near future? You said you haven’t given concerts there for a long time…

“Yes, because Corona has kind of isolated us from it. But I am happy that I am getting new offers again. Because I like Germany very much and I still get a lot of letters from German fans. So hopefully that works out.”

Mrs. Vondráčková, you are a singer, your instrument is your voice. How do you maintain these? Do you practice daily? Or what do you do to keep your voice healthy and clear?

“You’re right, the vocal cords need to be practiced, and I do that too. Not every day, but if I have a concert I have to practice that day or a few days before. I am glad that my vocal cords have been in the hands of many professional teachers and I can therefore handle them. Even if I have a cold, it can somehow be managed with good technique.”

You have had your own program on Czech Radio since spring this year. It consists of songs by both you and your colleagues, which you will play and accompany with your comments and memories. This provides a way to look back on your own career. How would you describe your musical development in the individual stages?

“First of all, it was a long way. I started many years ago. In 1964 I received first prize at the ‘Young Talents’ concert. And after graduating from high school a year later, I first started at the Rokoko Theater. Then, three years later, I sang in a band with two colleagues – Václav Neckář, who also worked in Germany, and Marta Kubišová. We were a trio, but that didn’t last long. After a year and a half, the Prague Spring came, and because Marta was politically involved, we had to stop. It was a pity, because we really had the great opportunity to become world famous with our songs. After that I continued to work on my own, first with a big big band and later with many other groups. Then I started to travel a lot too, I was all over the world – in Japan, Canada, all of Europe, in what was then the Soviet Union. And very often in Poland too, that continues until now.”

“The most important prize for me was the one I received at the 1977 festival in Sopot, Poland. I will also never forget the concerts with Karel Gott at Carnegie Hall in New York.”

Can you say what you consider to be the greatest achievement or joy of your career?

“I have often performed at various festivals – in Bulgaria, Romania, what was then Yugoslavia, also in Japan and Brazil – and won many prizes there. The most important prize, which I treasure very much, was the one I got in 1977 at the Sopot Festival in Poland. And then a few years ago, first in 2000 and again in 2005, Karel Gott and I did a concert at Carnegie Hall in New York. That was a great thing for us. The concert and the audience were so fantastic, I will never forget that.”