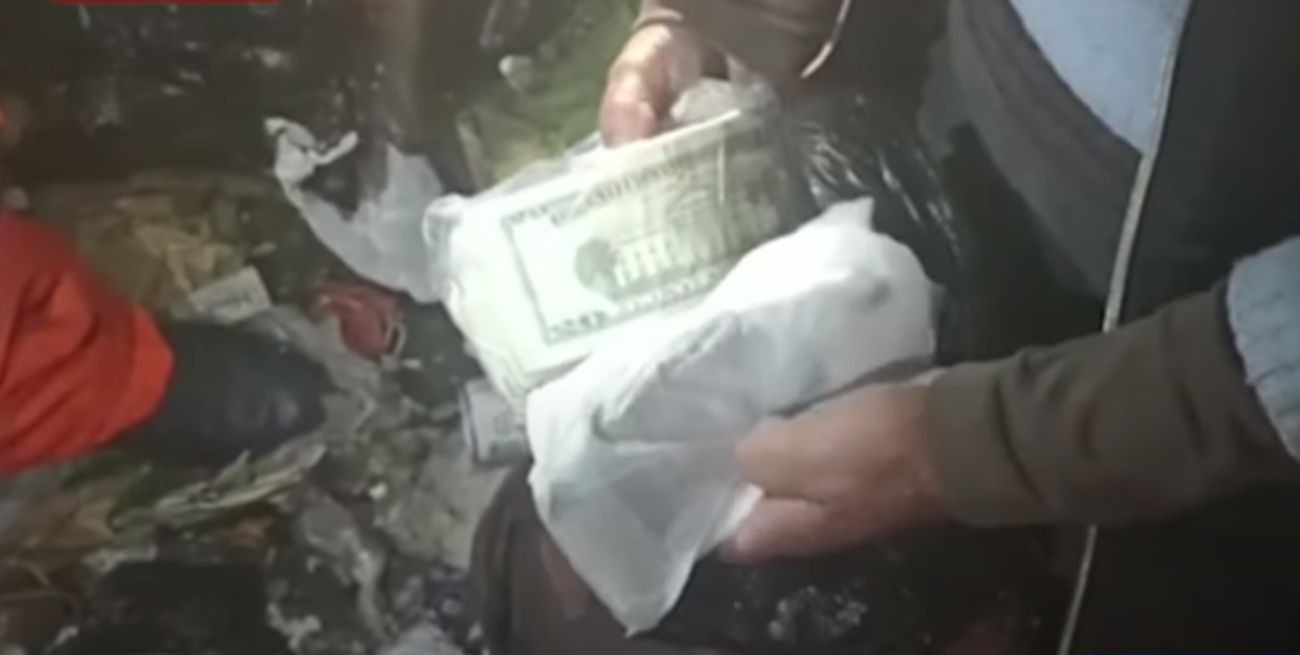 Similar to the dumpster in Las Parejas: he accidentally dumped over $7,000 and had to chase the truck

A strange episode that could have ended in an economic tragedy for an entire family took place this Wednesday in the district of Miraflores, in the province of Lima, Peru.

There, a woman did not notice the presence of a large sum of money in the garbage can and threw a total of 7,100 dollars into the street.

The unusual failure could have caused him to lose all of his life savings, but luckily the quick response and cooperation of the employees of the collection company was crucial in avoiding disaster.

This fault was shared, for not only was this old woman to blame, but her daughter also bore a great part of the responsibility. Although it was the owner of that money who took the garbage out into the street, it was her daughter who threw a bag in which she had the money.

Last Sunday, the lady noticed that her bag was not inside her house and urgently went to ask her daughter if she had seen it. She told him that yes, she threw it away because she thought there was nothing in it.

When the old woman heard this, the house left the house and ran to the garbage truck so that it would stop moving and go get the money. In this way, the garbage collectors stopped after five blocks because the traffic light was red, they heard what happened to him and they returned the garbage bag.

The money was in plastic bags which in turn were in an old briefcase. To find it, the workers had to go to the maintenance unit for a period of 50 minutes to check bag by bag.

“I was desperate, even crying,” one of the collectors told Latina Noticias. Taking her belongings, the woman was happy and grateful to them and the authorities of the Municipality.