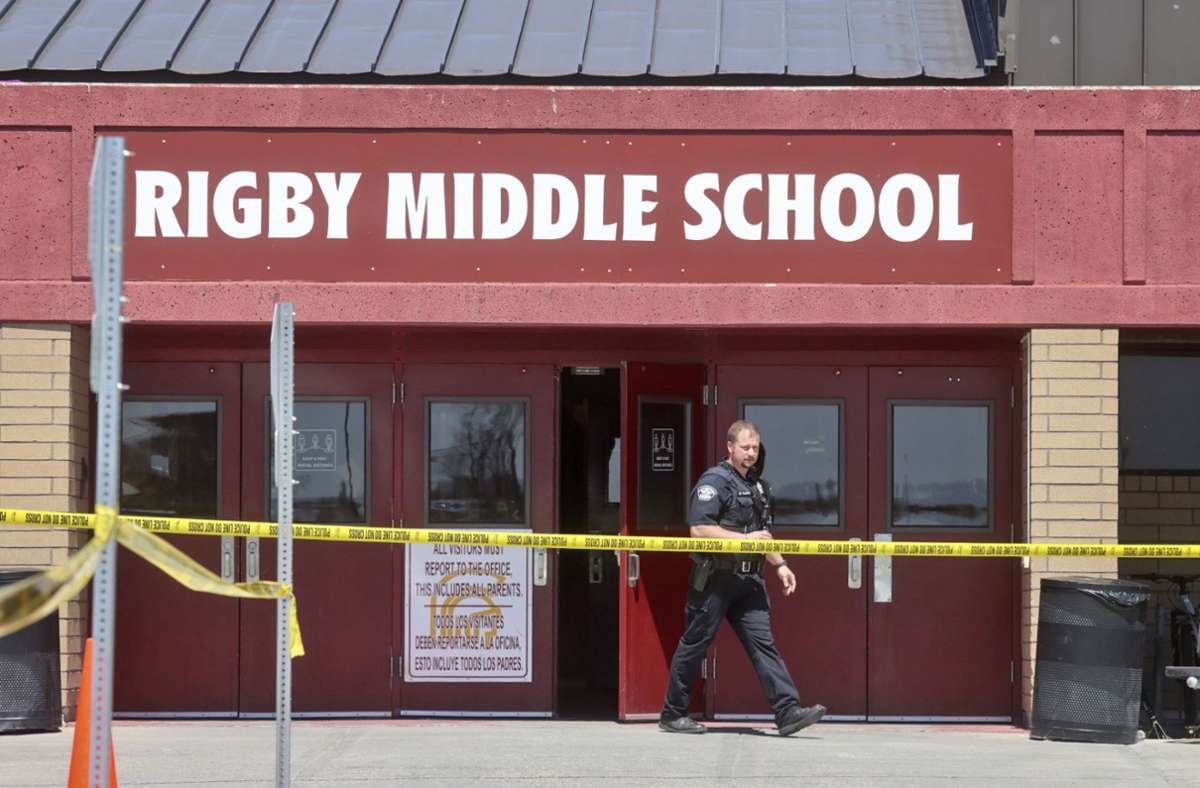 Shots in Idaho: sixth grader shoots at US school – Panorama


At a school in Idaho, a sixth grader pulls a handgun from her backpack and opens fire on classmates and teachers. Three people are injured.

Rigby / Idaho – According to police reports, a sixth grader shot around in a school in the US state of Idaho and hit two classmates and an adult. After the incident at a middle school in the small town of Rigby on Thursday (local time), the injured were taken to hospital with non-life-threatening gunshot wounds, said Jefferson County Sheriff Steve Anderson.

A gun in the backpack

The student pulled a handgun from her backpack and fired several shots first in a hallway and then outside, Anderson said. A teacher was finally able to disarm and hold them before the police officers who were summoned arrived.

The alleged shooter is in custody. At first there was no information about a possible motive. Prosecutor Mark Taylor said his agency will bring charges once the investigation is complete, “possibly of attempted murder on three counts.”

“This is the worst nightmare a school district can ever experience,” said school district director Chad Martin. You prepare for it, but you are never really ready for it. After the incident, parents were asked to pick up their children from school. Classes should be canceled across the school district on Friday.

The cruelty of statistics

In mid-April, the news channel CNN reported that in the USA alone there had been 147 mass shootings in 2021. According to the Gun Violence Archive (GVA) organization, “mass shooting” refers to incidents involving firearms in which more than three people are killed or injured. 27 new cases have been added since mid-April. The most recent case in Idaho is strictly bureaucratic and therefore not assigned to this statistic.