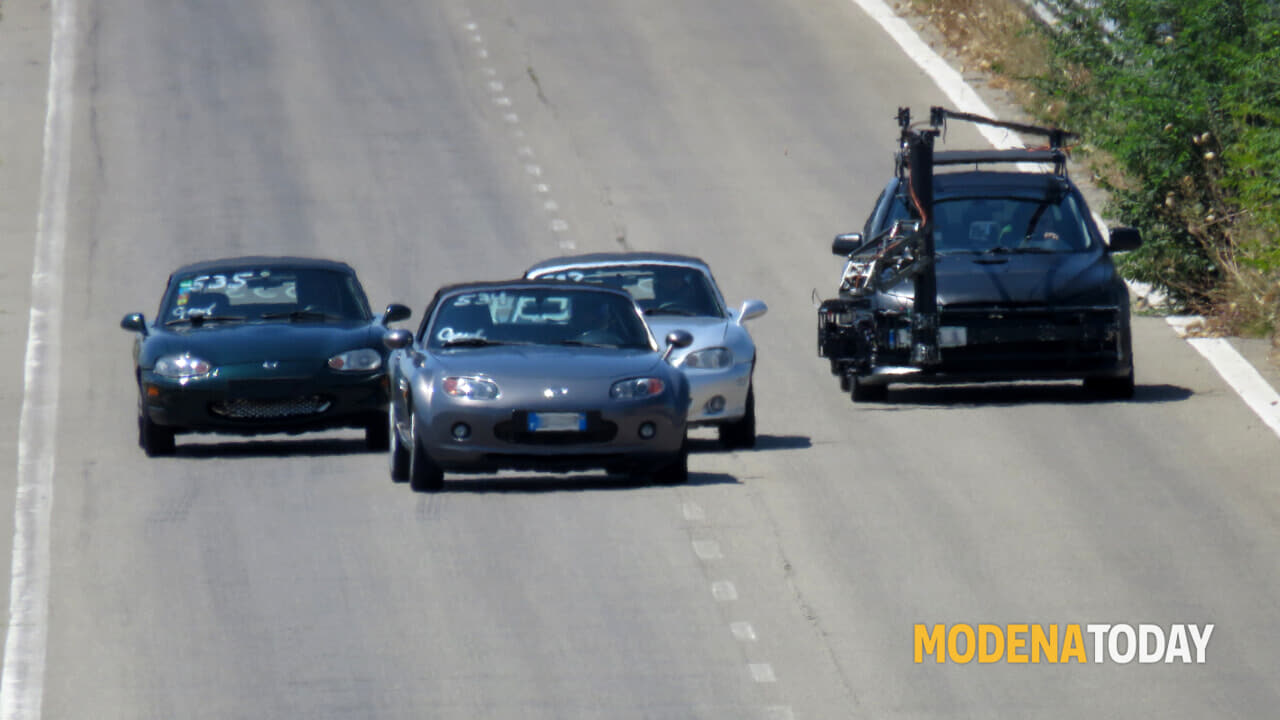 Shooting of the film on Ferrari, a day of “competition” on the Complanare

The engines roar for the shooting of the film on the story of Enzo Ferrari and his Scuderia. Even if in this case the sound is not that of the Cavallino. Modena today experienced an important work session on the part of the Hollywood production, awaiting filming that will feature the stars hired for the biopic, signed by director Michael Mann.

In fact, between 10 am and 3 pm today, a section of the Einaudi Complanare between the exits of via Giardini and via Bellaria was closed as scheduled to allow production activities on some of the steps.

On the isolated stretch, about 3 km long, the most “racing” activity of the entire film project took place. In fact, some cars have given life to a simulated race, racing along the long straight at high speed and making overtaking and changes of trajectory. The cars were followed by specialized vehicles for filming, in turn powerful cars that accompanied, preceded and doubled the cars driven by professionals to follow their evolutions.

A job obviously done not with vintage Ferraris, but with three modern Mazda-branded spiders. The movements and dynamics of these vehicles – we imagine – will serve as the basis on which the computer graphics will then be grafted. The millionaire production promises in fact a yield worthy of the best Hollywood works. Thanks to the “magic” of the big screen – which today is very advanced technology – we will be able to relive a race from 60 years ago and savor the atmosphere of a Modena that no longer exists. Curiosity is obviously great.

See also  Priluchny announced the release of the new season of "Major": video

The activity was based at the Eni distributor, where the mobile production vehicles were placed. The shots, which obviously presented a high risk given the high speeds of the vehicles, were also manned by 118 and by rescue teams ready to intervene.

In the coming days, events of this type will take place with increasing frequency in many locations chosen for filming. We are only at the beginning.