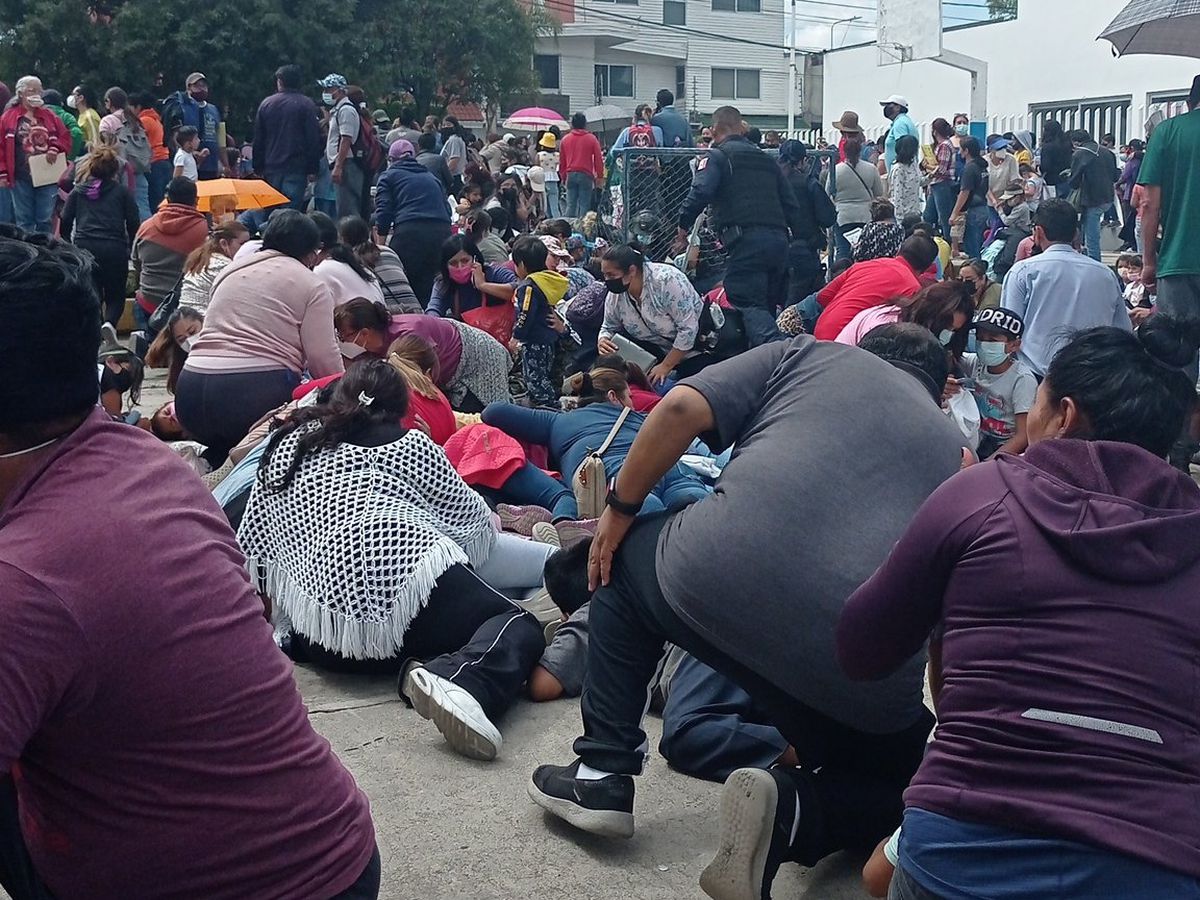 An armed attack on a health center in Puebla has left two children and two adults injured on Tuesday. The shooting took place this Tuesday at a child vaccination center, in the Francisco I. Madero neighborhood of the state capital, while dozens of families were in formation. The Secretariat of Citizen Security has reported that the aggression was directed against a subject who was just at that time in the area. “Firearm detonations were carried out directly against a person who is already identified,” the statement read. The injured have been treated by Civil Protection and are out of danger.

This morning the immunization against covid-19 of children aged five to 11 has begun in Puebla. Today dozens of minors were waiting with their parents in a long line at a medical center. Around 12 noon the bullets have broken the wait. The images show dozens of people lying on the ground, mothers trying to protect their children and health personnel. In one of the videos, a worker from the Secretariat is heard: “Are we okay? We are going to try to get the vaccine out. Everyone calm down.”

The Puebla Citizen Security Secretariat announced a few minutes later that support personnel were on their way to secure the area. The Army has also participated in the security operation. “A security fence was implemented to search for those likely responsible,” the Secretariat pointed out. A few hours before the attack, the same unit had reported that “surveillance tours were being carried out in the various offices of the municipality for the safety of children and parents.”

The attack on a child vaccination center has sparked outrage at the situation of violence in the country. Mexico maintains a bloody average of a hundred homicides a day. Last March, for example, it registered 3,600 murders, according to the report presented by the Secretary of Public Security, Rosa Icela Rodríguez. Insecurity has become the eternal pending task of the Government of Andrés Manuel López Obrador, which tries to minimize the impact. The governor of Puebla, the morenista Miguel Barbosa, has not yet ruled on the attack. Asked by EL PAÍS, the State Prosecutor’s Office has also not responded if an investigation folder is going to be opened for the aggression.