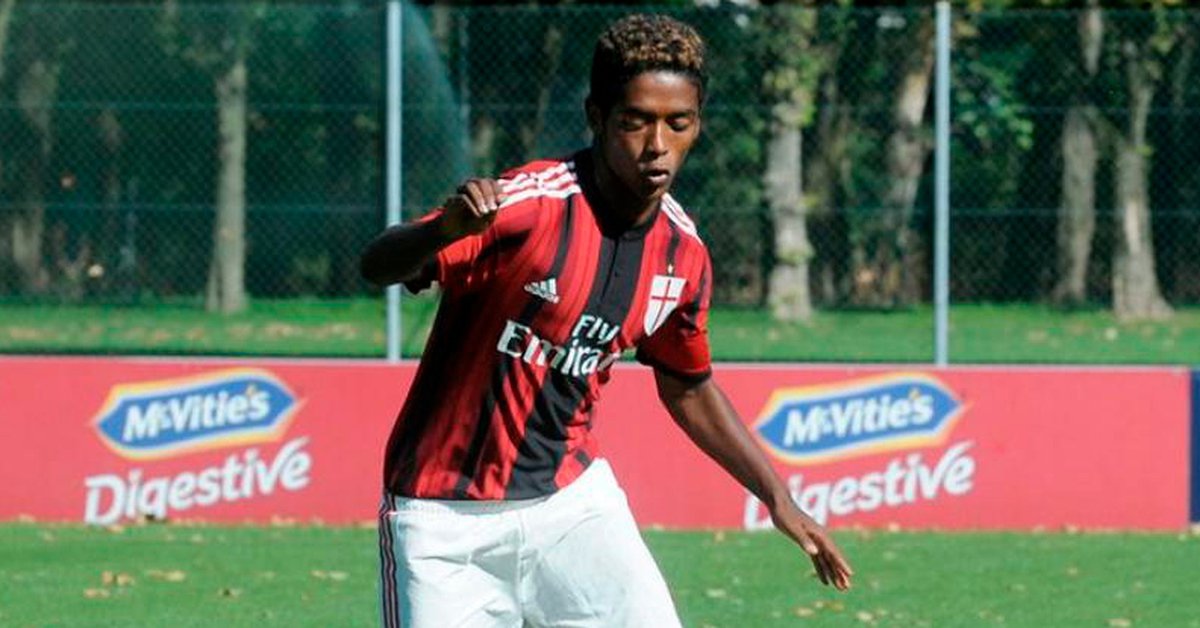 Seid Visin was 20 years old and had played in Milan’s youth divisions.

The news of the death of the former footballer Seid Visin It shocks Italy not only because of the youth of who was a player of the inferiors of clubs like Milan and the Benevento, but because of the reprehensible social context in which this tragedy is framed. At the age of 20, the Ethiopian-born decided to take his own life and at his funeral a note in which he had denounced the racism that currently afflicts Italian society.

“Wherever I am, I feel on my shoulders, like a stone, the weight of the skeptical, prejudiced, displeased and scared looks of the people,” reads in a section the letter that was written in 2019 and released this Saturday the newspaper Corriere della Sera, one day after Visin was found dead in his room.

The protagonist of this story had been adopted in his early years by an Italian couple. His childhood was spent in Nocera Inferiore, a commune in Campania. His dream was to become a footballer and so he moved to the big city. He played in the youth divisions of the Milan and came to share equipment with the goalkeeper Gianluigi Donnarumma, However, before the 2016/2017 season, his time at the Rossonera entity came to an end.

According to Italian press reports, Visin played some more time in the formative categories of the Benevento, until he decided to give up his illusion of being a professional footballer. In any case, he never gave up his passion for sports: until very recently he worked in the Athletic Vitalica, a futsal team.

After his untimely death, the letter in which laid bare the terrible consequences of the wave of racism that is being experienced in Italy and other parts of Europe it moves the public opinion of the Old Continent.

The former footballer had denounced the scourge of racism in Italy

“Faced with this particular socio-political scenario that looms in Italy, I, as a Negro, inevitably feel questioned. I am not an immigrant. I was adopted when I was little. Faced with this great migratory flow, I remember with a bit of arrogance that everyone loved me. Wherever I was, wherever I went, everyone turned to me with great joy, respect, and curiosity. Now, however, this atmosphere of idyllic peace seems so far away; it seems that everything mystically has turned upside down (…) Now, wherever I go, wherever I am, I feel on my shoulders, like a stone, the weight of the skeptical, prejudiced, disgusted and scared looks of people”, Wrote the former Milan youth squad to his therapist and a group of friends.

In another passage of the note, he spoke of the discrimination and hatred of which he was a victim: “A few months ago I managed to find a job that I had to leave because too many people, mainly the elderly, they refused to be cared for by me And as if that were not enough, as if I no longer felt uncomfortable, they also held me responsible for the fact that many young (white) Italians could not find work ”.

“After this experience something changed within me: as if unconscious automatisms had been created in my head and through which I appeared in public, in a society different from what I really am; as if I was ashamed to be black, as if I was afraid of being mistaken for an immigrant, as if I had to prove to people that they did not know me, that I was like them, that I was Italian, that I was white. Which it’s, when I was with my friends, it led me to make bad jokes about blacks and immigrantsEven with a thunderous air I said that I was racist with blacks, as if to affirm, as if to emphasize that it is not me, ”Visin revealed.

In that sense, he emphasized: “The only thing that dominated, however, the only thing that was understandable in my way of doing things was fear. The fear of hatred I saw in people’s eyes towards immigrants, the fear of contempt that I felt in the mouth of the people, even of my relatives who constantly melancholy invoked Mussolini and called ‘Captain Salvini’ “.

See also  Andrada said goodbye to Boca: the reasons for his departure and the sad memory of the Madrid final

“With these crude, bitter, sad, sometimes dramatic words of mine, I don’t want to beg for compassion or pain, but only to remind myself that the discomfort and suffering that I am experiencing are a drop of water compared to the ocean of suffering experienced by those people of marked and vigorous dignity who prefer to die rather than lead a life in misery and hell ” he said near closing.

These words were read this Saturday at the funeral of the 20-year-old. Benevento paid tribute to his figure with a heartfelt tribute on its website and Milan did the same with a message of condolences on their social networks.

Paris Saint Germain, close to keeping one of Ronald Koeman’s main orders for Barcelona
The track that feeds the rumors of Cristiano Ronaldo’s departure: the two figures who could replace him at Juventus
The coach who wrote a book on winning mentality when he had won nothing and today holds the Europa Leagues record