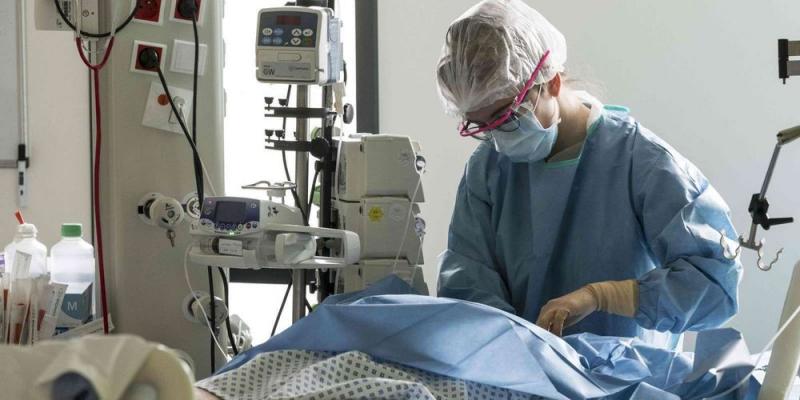 She is the first minor victim of the coronavirus.
Julie, 16, died of the Covid-19 coronavirus the night of Tuesday to Wednesday at Necker Hospital where she had been transferred after the sudden worsening of her symptoms, reveals Le Parisien.
“respiratory distress”
“Julie just had a slight cough last week. It got worse this weekend with mucus and on Monday we went to see a general practitioner. That’s when she was diagnosed with respiratory distress. no specific illnesses before that, “his older sister told our colleagues.
>> LIVE. Confinement day 11, 1,696 deaths in France including a 16 year old teenager … Follow the evolution of the coronavirus situation
The adolescent was placed under the assistance of a respiratory machine and then had to be intubated on Tuesday evening. In vain. “Her lungs failed. The doctors did everything they could but waking her would have been useless,” said the bereaved young woman, quoted by Le Parisien.
A brutal, “violent” drama. Almost unpredictable for a teenager who, according to her loved ones, suffered from no other illness.
They paint a portrait of a young girl “who loved to dance, sing, make people laugh … Everything except stand still doing nothing”.
“A very sociable, funny, benevolent, ambitious and loved by everyone in high school” who wanted to move towards events once her baccalaureate was in hand.
funeral small group Monday
Several online prize pools have been launched to support his family.
Julie’s funeral will be celebrated in small groups on Monday, confinement requires …
A tribute will also be paid to him in his school when he has received the green light from the government to reopen.
His comrades are planning a red and white march there. “White for his good humor, red because it was his favorite color”.