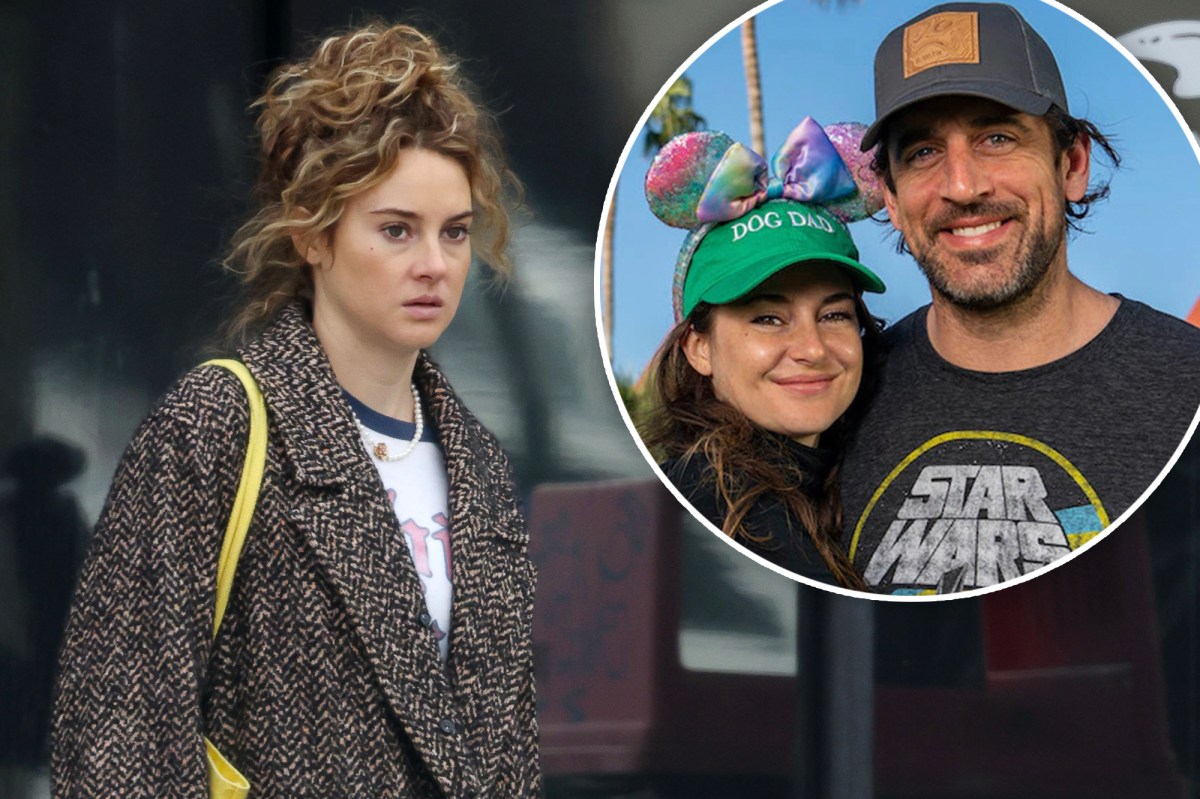 Shailene Woodley was spotted out and about without her engagement ring for the first time since she called things off with Aaron Rodgers.

Woodley’s bare left ring finger was on display while shopping in Malibu, Calif., on Thursday, according to photos obtained by the Daily Mail.

The “Big Little Lies” actress didn’t appear to be in the highest spirits as the paparazzi snapped shots of her retail therapy excursion.

Woodley, 30, was dressed casually in black slacks, a denim jacket and black sandals. The natural beauty was also rocking a messy bun and didn’t appear to be wearing any makeup for her outing.

She was seen clutching her phone as she crossed the street with a big shopping bag around her arm.

News that she and Rodgers, 38, called off their engagement broke earlier this week.

A source close to Rodgers told People at the time that their split was “amicable.”

“They’re very different people with busy careers, and there were obstacles that they couldn’t surmount,” the source said, adding, “They will remain friendly; there’s no bad blood and no drama. It just didn’t work out for them.”

Signs that things were on the rocks for the pair began in December when the actress didn’t appear to join Rodgers for his birthday celebrations.

A source told People at the time that they were “still together” but had “a different, non-traditional relationship.” The insider added that they don’t post about each other’s birthdays because they are just “very private about things.”

They also reportedly did not agree on political issues and had “decided to agree to disagree about things and not debate them.”

The now-exes had confirmed their engagement in February 2021.

It’s unclear how they met, but Page Six previously reported that the duo shares the same astrologer. Unfortunately, it appears the stars did not align for the couple.