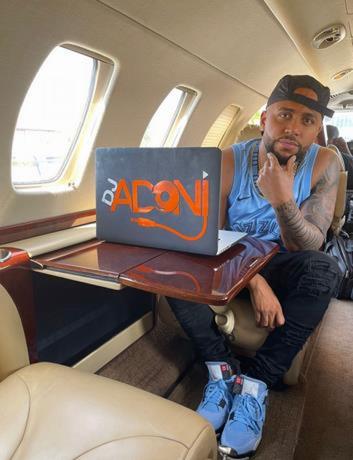 The provincial director of Public Health in Duarte, Luis Rosario Socías, assured that the popular music mixer DJ Adoni had a permit to make a route in order to promote vaccination against Covid-19, not to make a caravan.

Likewise, Rosario Socías affirmed in an interview with the Agenda56 news outlet that the permit in question was signed in Santo Domingo, not in Duarte, where the route began.

“The permit was not granted here in San Francisco de Macorís, they brought a permit from Santo Domingo to make a route, not a caravan, a simple route of an artist encouraging people to get vaccinated,” he said.

The tour was joined by a multitude of people aboard various vehicles, something that DJ Adoni said was not planned despite this explanation, the Duarte Prosecutor’s Office summoned him for next Monday, accused of breaching the established health and safety protocols to prevent Covid-19 infections, including decree 432-21.

Likewise, the senator for the Duarte province, Franklin Romero, described the caravan as a “terrorist act” during the session of the Upper House of the National Congress this Wednesday, where he also expressed that demonstrations like these are the product of “populism” and “ego”.

“What the Government is doing to return to normality, let’s not throw it overboard. Let’s listen to sensible people, let’s not listen to people because of populism, because of ego, they want to go from party to party and precisely (the caravan) is a demonstration of that: a terrorist act and that must be investigated and that there are sanctions, “said Romero .

In addition, Rosario Socías indicated that agents of the National Police intervened the route, ending it at the level of Avenida Libertad, in the municipality of San Francisco de Macorís.