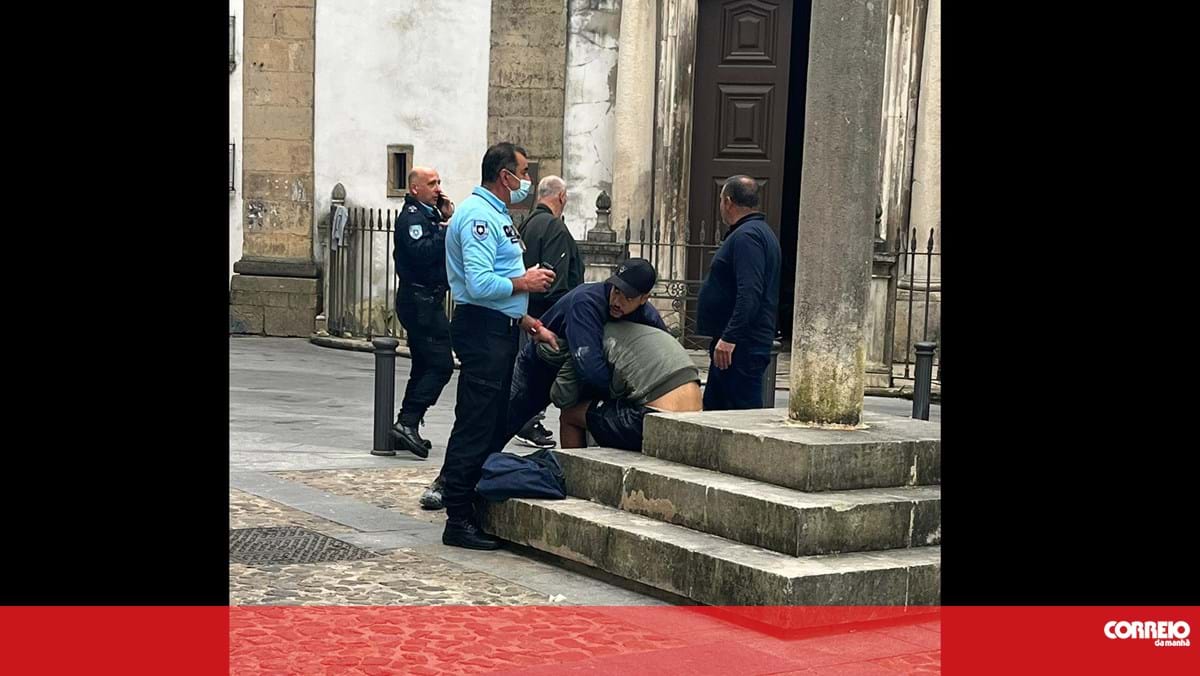 Sexton attacked in church in the historic center of Coimbra – Portugal

A man attacked the sacristan of a church in the center of Coimbra this Saturday morning. Another person was injured while trying to help.

It all happened at 10:00 am inside the Church of São Bartolomeu, in the heart of the historic centre, next to Praça do Comércio.

The altar was being prepared for the Easter ceremonies when the sexton was attacked by a man. A trader in the area came to the aid of the sexton and was also attacked.

It was the shopkeepers who alerted the authorities, who were in the area.

The aggressor, who was eventually arrested and identified, ended up being held by an electrician who was working on works at a store in the area even before the police arrived.

Vehicles from the Portuguese Red Cross were at the scene, which assisted and stabilized the victims, then sent to the Centro Hospitalar e Universitário de Coimbra.