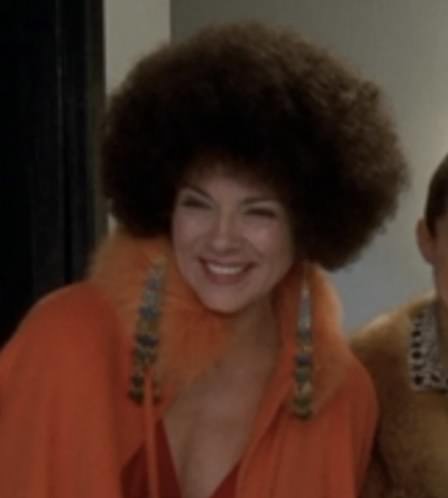 Appropriation has been highlighted in retrospect regarding the show’s fashion, which is arguably the fifth main character on the show.

Earlier this year, Kayleigh Dray wrote for Stylist: ‘During the first and second seasons of the show, our wealthy cisgender heroines live and operate within an entirely white bubble.

‘In the third season that all changes, albeit not for the better.

‘For starters, Miranda – smart, liberal, awesome Miranda – charges us to follow the “white guy with a baby” as a way to locate an available apartment in a “nice” (aka super- gentrified) neighbourhood. Carrie waxes lyrical about “ghetto gold jewellery”.

The jewellery is not the only issue, as Samantha wore an afro wig following her cancer treatment.

Her styling, which she referenced to Foxy Brown, was blasted for appropriation among a plethora of other problematic moments. 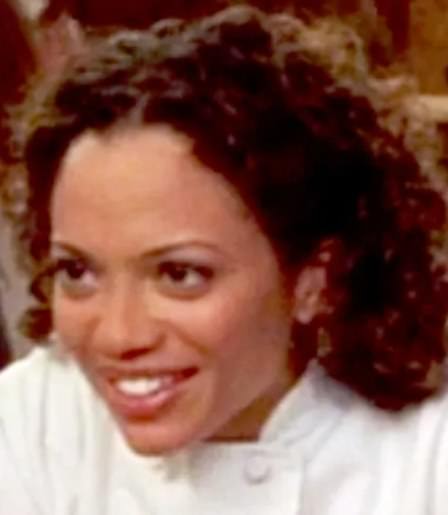 His sister Adeena, played by Sundra Oakley, takes issue with her brother dating a white woman.

When speaking about Chivon, Samantha makes reference to his ‘big black c**k’ and slams Charlotte for having a ‘knee-jerk liberal reaction’ when Charlotte scolds her for using ‘black talk’ when discussing her latest conquest.

In 2018, Sundra spoke about starring in the episode and the storyline saying: ‘It’s like, oh man, why did it have to be that way? Why couldn’t it have been a different story?…

‘Samantha only slept with one black guy in the whole range of the show, in New York City? O.K., sure.’

In 2018, Vulture listed the episode as the lowest in a ranking of every episode of the show, writing: ‘On the one hand, this is the episode in which Carrie meets Aidan and goes on her first date with him.

‘On the other hand, it plummets in our ranking for its clumsy handling of Samantha dating a black man named Chivon. Clichés abound, most notably his overbearing sister, and, worse, the show’s dedication to themes ends up equating Samantha and Chivon’s insurmountable racial differences with Aidan’s wish that Carrie quit smoking and Charlotte’s date’s lack of kissing skill. Let’s just say none of this would fly in 2018.’

Sex And The City 2 saw the ladies jet to Abu Dhabi on a work trip, with a slew of culturally insensitive moments occuring during the trip – starting with ‘Magic carpet’ references on the plane.

Speaking about women wearing a niqab, Carrie makes the alarming statement: ‘I can’t get on board with the veil covering the mouth. It makes it feel like they don’t want them to have a voice’.

Later in the movie, Carrie flouts respecting local laws by flashing an ankle to get a taxi.

The movie caused widespread horror among critics due to the racially insensitive approach. 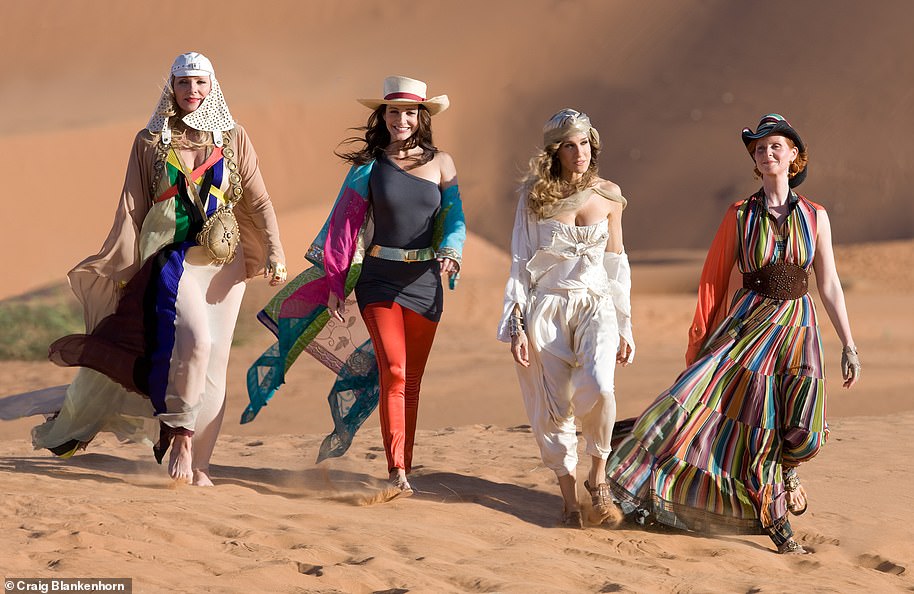 Shock: Sex And The City 2 saw the ladies jet to Abu Dhabi on a work trip, with a slew of culturally insensitive moments occuring during the trip – starting with ‘Magic carpet’ references on the plane