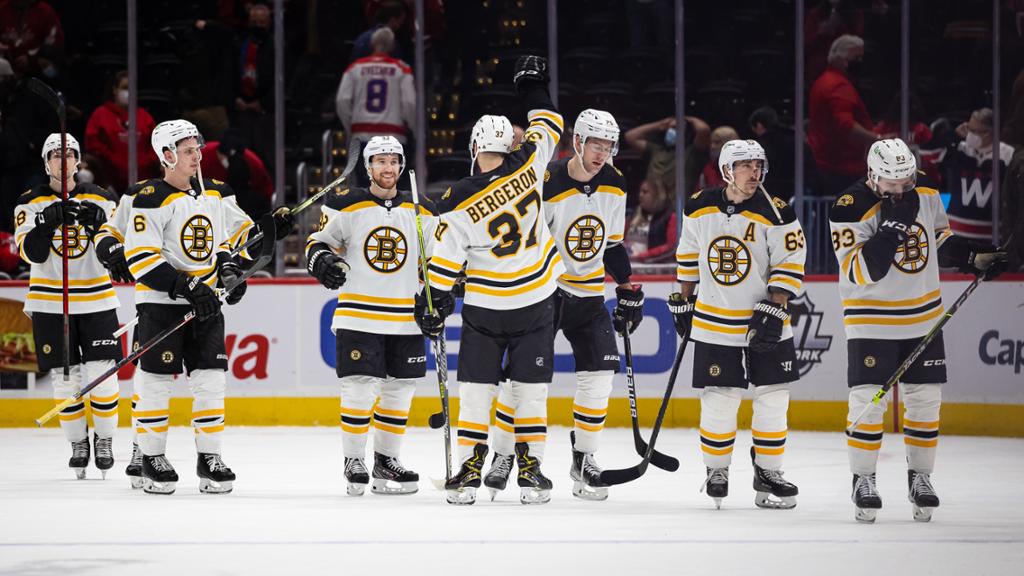 Seven reasons why Washington is losing

Now we will also talk about “Boston” … Somehow unsuccessfully, “Washington” began 2022. At home he lost to New Jersey in overtime (3: 4), paired matches on Friday in St. Louis (1: 5) and Minnesota (2: 3 in shootouts) were also not crowned with success. And now “Boston” in the capital of the United States simply defeated the hosts (7: 3), although the “Capitals” were leading with a score of 2: 0 by the 13th minute after an early double by Conor Shiri.

What’s going on with Washington? What are the reasons for these defeats? Let’s figure it out. We will name seven reasons.

Of course, in our time it is too commonplace to complain about it. But the composition of the “Capitals” can not be called optimal. Just before the match with “Boston” it became known that forward Karl Hagelin and defender Dmitry Orlov were included in the covid protocol. And these are the players of the first team. Niklas Backstrom did not have time to return to the “Washington”, as he fell ill again. I missed three matches and just now went out against Boston, not scoring points and grabbing a minus-3. It was only the second time this season that all four of the leading center-forward made it to the ice at Washington. And the composition of the team cannot be called stable.

2. The first link is not playing

In the last four matches, the first squad has scored 4 (1 + 3) points in total, although each player spent an average of 20 minutes per match. We are talking about the link in its original form. Against New Jersey, Kuznetsov’s troika did not dominate in dangerous moments (13-14), and Wilson spent a quarter of the time in the lower ranks, in the top line he was replaced by Daniel Sprong. Against the Blues, Kuznetsov’s troika in equal compositions stood out a little (4-1 in moments), and with Minnesota they decided not to pull the original link Kuzi (9-5 in moments), and in principle that match turned out to be equal.

With “Boston,” head coach Peter Laviolette immediately decided to remove Wilson to Backstrom and Alexei Protas, and put TJ Oshi to Ovechkin and Kuznetsov. This move worked in terms of efficiency (17-6 in terms of moments), but not in terms of results. Although the new link scored 3 (1 + 2) points, and Oshi scored a goal.

In general, such maneuvers with Wilson are due to the fact that he has not scored points since December 7. Spent seven matches, suffered an upper body injury. Maybe she still worries Big Tom. But he has ceased to be a scorer, although he has retained a forceful impact, and Laviolette is looking for how best to use this valuable all-round player.

Have you noticed that we haven’t been discussing lately how Alexander the Great approaches Jaromir Jagr on the list of the best snipers of all time? Because Ovechkin did not score in those four lost matches. He made a double on New Years with Detroit, and has been quiet since then. Only two assists with a minus-6 utility and a total of 14 shots on target.

On average, Ovi is shooting 4.6 times per game per season, now 3.5. That is, he reduced his shooting activity. This is also due to the fact that the game is not going on at the first link, because Ovechkin is a dependent forward, he needs to bring cartridges more often …

4. Special brigades do not work

… And it is also connected with the fact that the majority of “Washington” has ceased to work. Do you remember that the other day Ovechkin became the best goalscorer in NHL history with a numerical advantage? So, in four lost matches, most of the “Capitals” worked only once out of 11 attempts (just against “Minnesota”, where there was an equal game).

At the same time, just with the “Devils” (0/1), “Blues” (0/2), “Wild” (0/1), the capital’s hockey players acted in a disciplined manner, not allowing them to often play in the majority and not missing anything in the special teams. But here “Boston” has already played four times in the majority. And when Shiri made a quick double, in the first period the majority was converted first by David Pastrnyak, and then by Brad Marchand.

5. The leaders of “Washington” are not visible

And then, when after the first period the score was 2: 2, at “Boston” defender Matt Grizzlick came to the fore, who scored 5 (1 + 4) points. No defensive player in the entire league has been as successful this season. “When this happens, you just shake your head. I just laughed during the match. I feel good all season, but I have a hard time gaining points. And then they rained down. I’m not worried about that, but my job is to contribute contribution to the attack, “said Grizzlik.

Pastrnyak and Marchand also made a double. And when the score was 0: 2, Marchand was hit in the face with a club, and his nose was cut open. But he not only showed himself in the attack, but in one of the episodes he naturally got into the goal and made a save, insuring his goalkeeper when Kuznetsov was throwing from the right position. After that, “Boston” scored the fourth goal and then unwound the opponent, throwing six goals in a row.

But we’re talking about the Boston players. But in “Washington” in the lost matches, no one has shown himself so brightly as a leader.

“We had a good start against the Bruins,” says Laviolette. I think we reacted too well to that. “

“Washington” conceded 18 goals in four lost matches. This is a lot. And there are questions about the game of defense. Moreover, one cannot say that there have been some colossal losses. This season, the Capitals are mainly riding on six defensive players – Carlson, Orlov, Nick Jensen, Trevor van Riemsdyck, Justin Schultz, Martin Fehervari. Against the “New Jersey” instead of the latter tried Michal Kempney, who returned after injury, and when Orlov fell ill, Matt Irwin came out against the “Bruins”.

But on the whole, these are the best forces of “Washington”. And now we see that the defense is playing extremely unsuccessfully. Defenders “Capitals” in the amount of four games scored minus-14. It could have been worse, of course. However, the defense needs to be improved.

Ilya Samsonov played poorly against “New Jersey” and “St. Louis”, conceding four goals. In the match with the Blues, he was replaced by Canadian Zach Fukale, who missed nothing in the remainder of the match with St. Louis, he was scored only once with Minnesota (there was also Hagelin’s own goal when the goalkeeper was already removed).

Overall, Fukale looked solid but crashed with Boston when he conceded four goals after 16 shots. And he was replaced by Vitek Vanechek, who was scored three more goals.

It’s bad when the team does not have a stable first number. As you know, “Tampa” in any state, Andrei Vasilevsky will go on the ice and will do everything to win. Although everyone has setbacks. But from Vasya comes an iron confidence. But in the case of the goalkeepers of “Washington” this is not the case.

“We have to get back to our game plan,” Shiri says. “We have a lot of good players who come back in and out of the lineup. Maybe things will get better when we don’t lose players like that. But we are not going to panic, we will continue to work. “

Well, the Capitals now have four no match days ahead of their away game against the Islanders. This is the time to clear your head of bad thoughts and work on mistakes, so that the streak of defeats finally ends.

Pavel Lysenkov is a columnist for Match TV (LINK: http://www.matchtv.ru) and a regular contributor to NHL.com/ru.