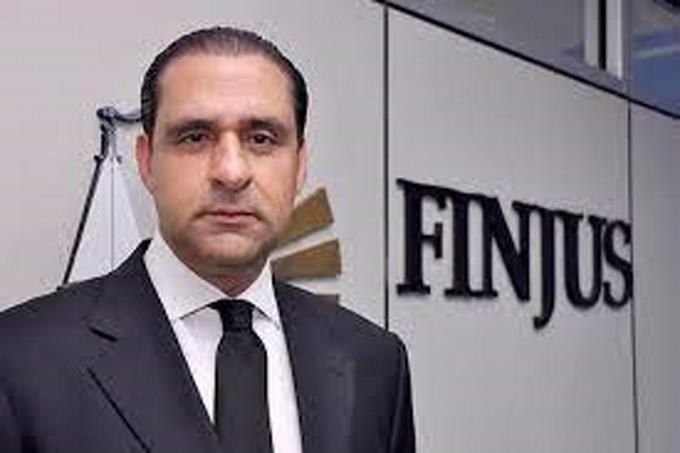 Servio Tulio warns that a constitutional reform without a political, social and legal pact would end badly

The Executive Director of the Institutional and Justice Foundation (FINJUS) warned that experience has shown that those who have sponsored a constitutional reform without having been preceded by a political, social and legal pact, have ended badly.

Servio Tulio Castaño Guzmán said that Finjus has worked on two reforms to the substantive text, those of 1994 and 2010, and they did not do so in 2002 and 2015 because a Constitution cannot be modified if there is no political pact.

Castaño added that the modifications that have been successful are those in which the political, social and legal pacts were produced.

Interviewed by Héctor Herrera Cabral on the D’AGENDA program that is broadcast every Sunday on Telesistema channel 11, the jurist recommended that it is better to continue socializing, because without these elements it is not feasible.

He argued that the proposal that the Executive Branch has made in this regard requires many observations since there are several contradictions, because it removes the Attorney General of the Republic from the National Council of the Magistracy and, however, gives that body power of dismissing who appoints, and transfers to a norm who is going to designate the head of the Public Ministry, when the constitutional bodies, from the Constitution itself, it is necessary to establish who is going to appoint him.

Regarding the main motive for the independence of the Public Ministry, which President Luis Abinader has proposed to reform the Constitution, Servio Tulio assured that the political component will always be present.

“You believe that if Congress is going to appoint the attorney, you believe that whatever the political component is, it will not be present, independence, many times, is defined by who occupies the position,” he said.

He assured that “the prosecutor who is appointed and acts outside the law, based on the fact that he is removed if he does not comply with what a certain sector wants, does not deserve to be the head of the Public Ministry.”

Servio Tulio Castaño Guzmán, who chairs the National Police Reform Commission, acknowledged that in the most recent movements that were carried out in said institution, official pensioners did not meet the period and the requirements for their pension.

“Well, now in this process, more than those who were promoted, those who were retired, there have been many complaints, rightly so, that is, we hope that a situation like that will not be repeated, they are well-founded complaints, people who they had not even met the period, or the requirements to be pensioned, they were pensioned”, lamented the executive director of Finjus.

He warned that things like these cannot be repeated, because that is what is being dismantled, and he said that these things occur because the regulations were lacking, which are already ready to be approved by the Superior Police Council.

“That is to say, what happened is what has always happened, what we want is for it not to happen again,” said Castaño Guzmán.

He acknowledged that if those affected decide to go to court they could be reinstated, but the Minister of the Interior and the Director of Police are reviewing so that, in those cases, because it was not all of them, those who had their rights violated, return to the institution.

“And it has to be that way, and whoever understands that, having violated their rights, and in this review process understands that those rights have not been taken into account, there is the Constitutional Court, which, by the way, has been very active in that sense”, suggested the renowned lawyer.

The executive director of Finjus does not criticize that the Public Ministry for each infraction committed by a citizen requests preventive detention as a coercive measure, because they are indoctrinated for that, and that is how they behave even in the United States.

“What strikes me is that 90 percent of the judges grant the measures requested by the Public Ministry, there is a problem here,” warned the civil society representative.

He insisted that he does not criticize the Public Ministry because that is his way of seeing life, but it is assumed that there is a third party who is impartial, who is the counterweight of the process.

“So what is worrying me, more than the behavior regarding the requests made by the Public Ministry, what worries me is that the judges grant them, I am a guarantor,” Servio Tulio insisted.

He clarified that, “there are cases in which, due to the levels of danger, the personality of someone who is charged with a crime, or in a case of family violence, it is shown that that person wanted to kill their partner, in those types of cases I am the first to support the prison being granted”.

It argued that, from the point of view of the process, similar to others that were brought in the past, whose cases were released and convicted, served their sentences like men and never complained.