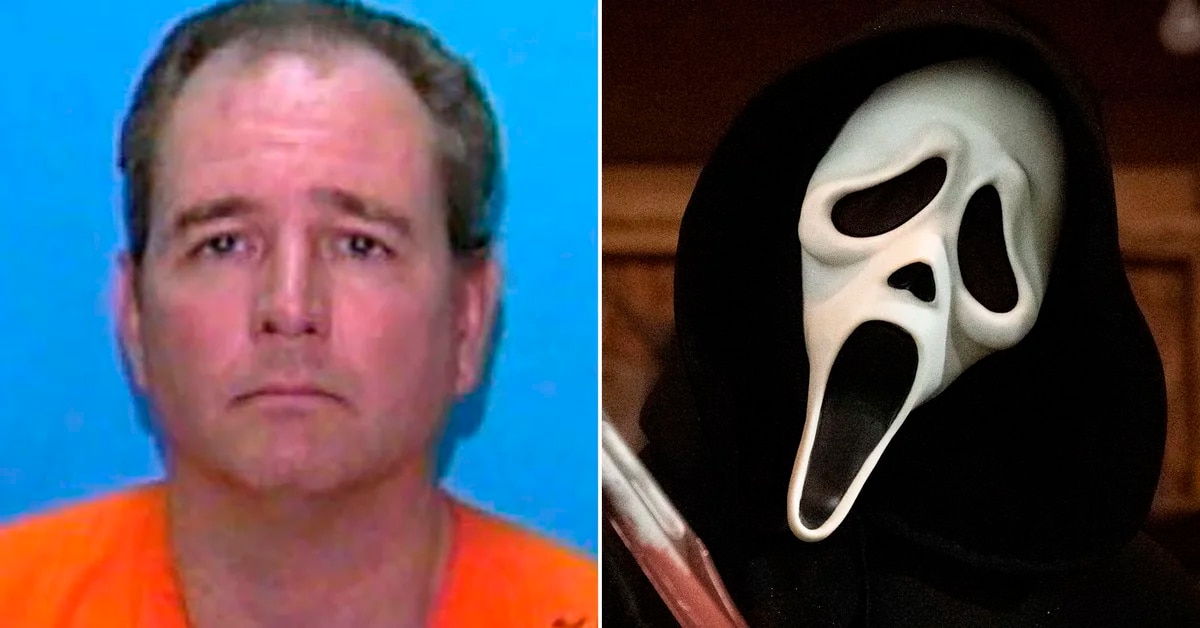 Serial killer and student rapist who had his website, inspired Scream and died singing at his execution

Danny Harold Rolling, “The Gainesville Ripper”, was a serial killer who inspired the dark main character of the film Scream

Before his execution, the serial killer in this story stared at the mother of one of his victims and sang the stanza of a religious hymn: “No one greater than you, Señorno one greater than you”. But at first nothing was known about him. Except that in his aberrant murders he had a ritual: he entered a house, subdued the victim, turned on the music at full volume, drew his knife and his work only exhibited horror. The coroners of the case, based on the autopsies and the reports, concluded that at the time of the attack a huge force arose, as if transformed into something invincible.

It all started when officer Ray Barber went to the apartment building in Williamsburg Village, Florida, United States, because The neighbors reported that there was very loud music in one of the apartments. Upon arrival, Barber met the building manager and told him, concerned, that the student Christina Powell, from the University of Florida, had disappeared even though his car was parked on the other block. They couldn’t locate their partner either. Sonja Larson.

Powell’s parents asked the police to break down the door because they had a bad feeling. And they did: when the police entered he found the two 17-year-old girls murdered. “They were raped, stabbed, mutilated and placed in grotesque sexual positions”Said one of the investigators who analyzed the crime scene. It was August 25, 1990.

The detectives were still in the apartment with the collection of evidence at the time the femicide returned to act. Not a day had passed: Christa Hoyt, another 18-year-old student, who lived in the area, was expected by the murderer, who attacked her when she entered her house. He strangled her from behind with a judo technique, taped her mouth shut, bound her wrists, and led her into the bedroom. He savagely raped her, stabbed her, decapitated her and before leaving he placed her head and nipples on a shelf in front of the corpse, whom he left in a strange sexual pose. 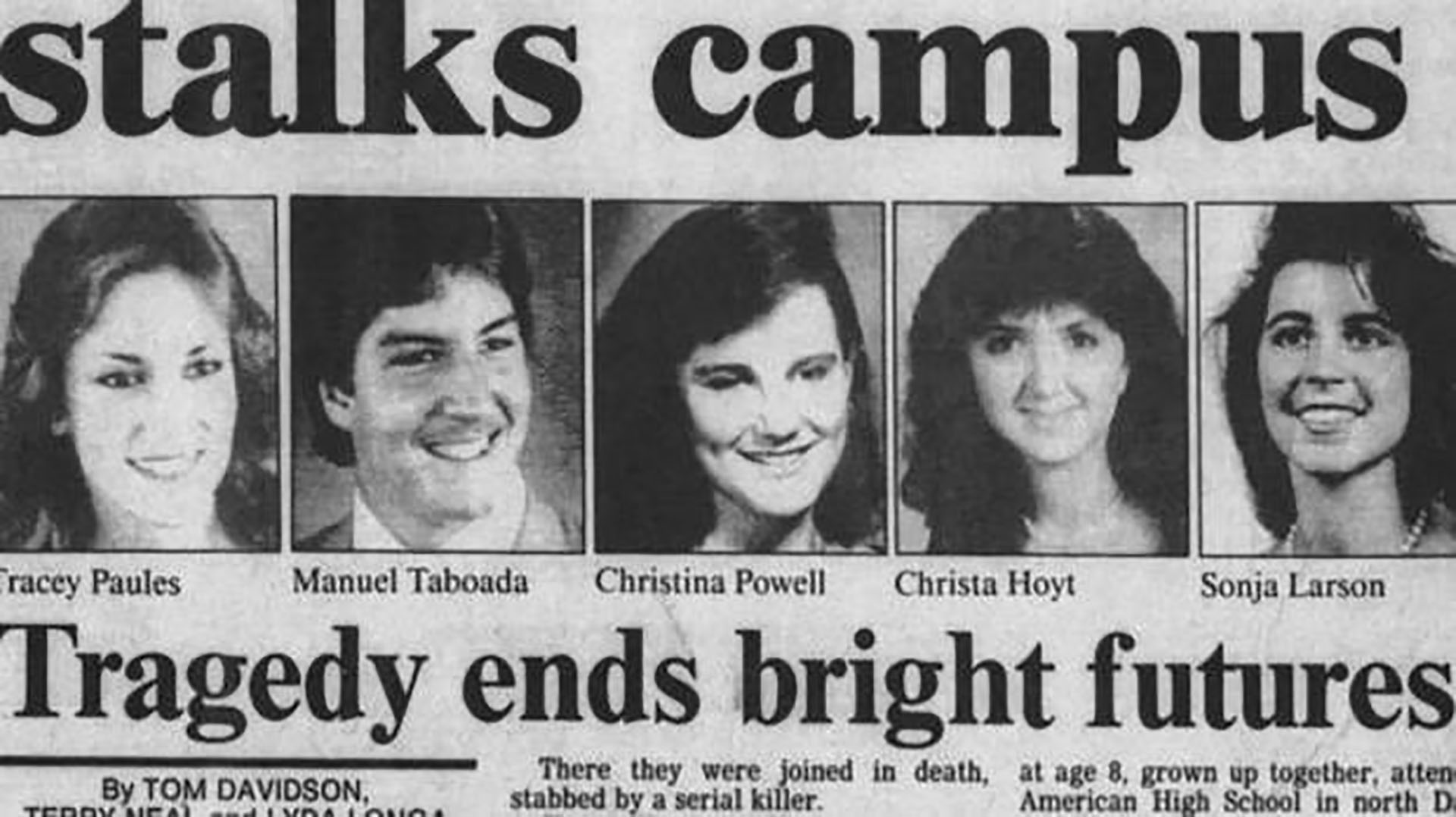 The authorities found the same hallmark as the other two murders: the killer broke into the apartments first thing in the morning, played the music very loud during the crimes (neighbors complained about the noise), he stole the underwear of his victims, as well as some parts of their bodies, he showered before fleeing, and used a knife between four and six inches.

On the university campus there was no talk of anything else. The students organized themselves, slept in a group, changed their routines and some went to other faculties.

“He will attack again,” analyzed a detective in charge of the case. And he was not wrong: on August 27, the bodies of Tracy Paules and Manuel “Manny” Taboada were found. The young man was stabbed after a fight in the apartment. Tracy heard the screaming and tried to lock herself in her room. But the killer broke down the door, taped her mouth and wrists, stripped her naked, raped her and stabbed her three times in the back. One more time, He chose a striking sexual position to position the victim’s body.

There were five murders and the Police feared that there were more. The press dubbed the killer “The Gainesville Ripper.”. The women were afraid to go out. Until the student’s arrest was achieved Edward Lewis Humphrey, for suspicious attitude: he had a long history of mental illness, scars on his face and violent behavior in the student flats where he lived. But, as they say in Argentina, it was the “parsley” of the causebecause it had nothing to do with it.

The arrest of the real culprit was almost by chance, on September 7. A man called Danny Rolling, 36, was arrested for robbing a store. At the police station, while they were collating his data, an arrest warrant was issued: Rolling had tried to kill his mother in the same area where the crimes occurred. They did the DNA test and the genetic result matched with those found at the crime scenes. The predator had been hunted. 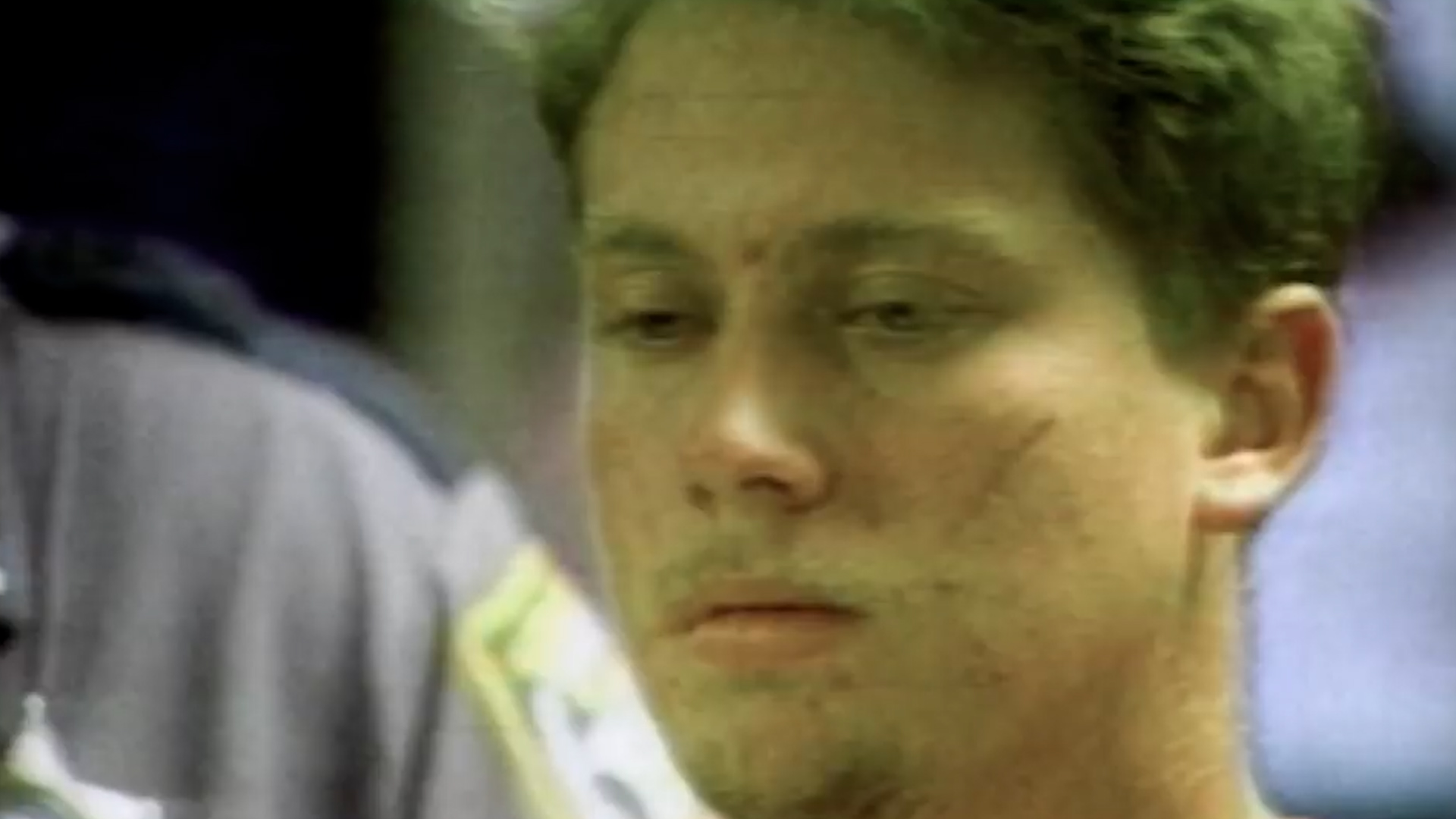 Edward Lewis Humphrey was captured by the police and charged with the crimes. Then it was discovered that the real author was Rolling (Video capture)

The life story of Danny Harold Rolling, who was born on May 26, 1954 in Shreveport (Louisiana, United States) was similar to that of others of his kind. He had been raised in a family marked by the violence exerted by his father, James Rolling, a war veteran with post-traumatic stress disorder who became a police officer. The man not only behaved violently and aggressively towards his wife, Claudia, but also physically and psychologically abused his two sons, including Danny.

“He suffered constant beatings and to escape the pain he created different personalities. Little by little, her mind became distorted and she developed various mental disorders. Among them, an antisocial disorder, a borderline personality disorder, as well as sexual paraphilias and voyeurism”ruled the psychiatric expertise.

See also  Argentina begins to pay off a debt

Only the music calmed him down. Started using alcohol and drugs. Once, after a strong fight with his father, he tried to commit suicide. He ended up dropping out of school and joining the Army. But in 1972, at age 18, he was fired for drug use. During that period he lived with his grandfather and achieved stability. They both went to church. She married O’Mather Halko, they had a daughter, but they separated because he mistreated them. She began to commit petty theft. And he spied on women in public places. He was arrested for voyeurism. The worst was when raped a woman who looked like his ex-wifea crime for which he was never charged or convicted.

His life became a repetition: he worked, they fired him, he stole, he fell into prison. He was released, he worked, he was fired, he stole, and he was detained again. But On November 15, 1989, he committed a massacre: robbed a house in Shreveport, his hometown, and brutally murdered an entire family while they were having dinner. They were a 55-year-old father, his 24-year-old daughter, and eight-year-old grandson.

Was lucky. Nobody related him to these crimes that he would end up confessing once he was arrested. A few days after that massacre he went looking for his father to kill him. He was seeking revenge for his unhappy and sad childhood. He pulled out a pistol and shot her in the stomach and head. But his father, James, survived: he lost an eye, went deaf in one ear, and was reported for attempted murder. 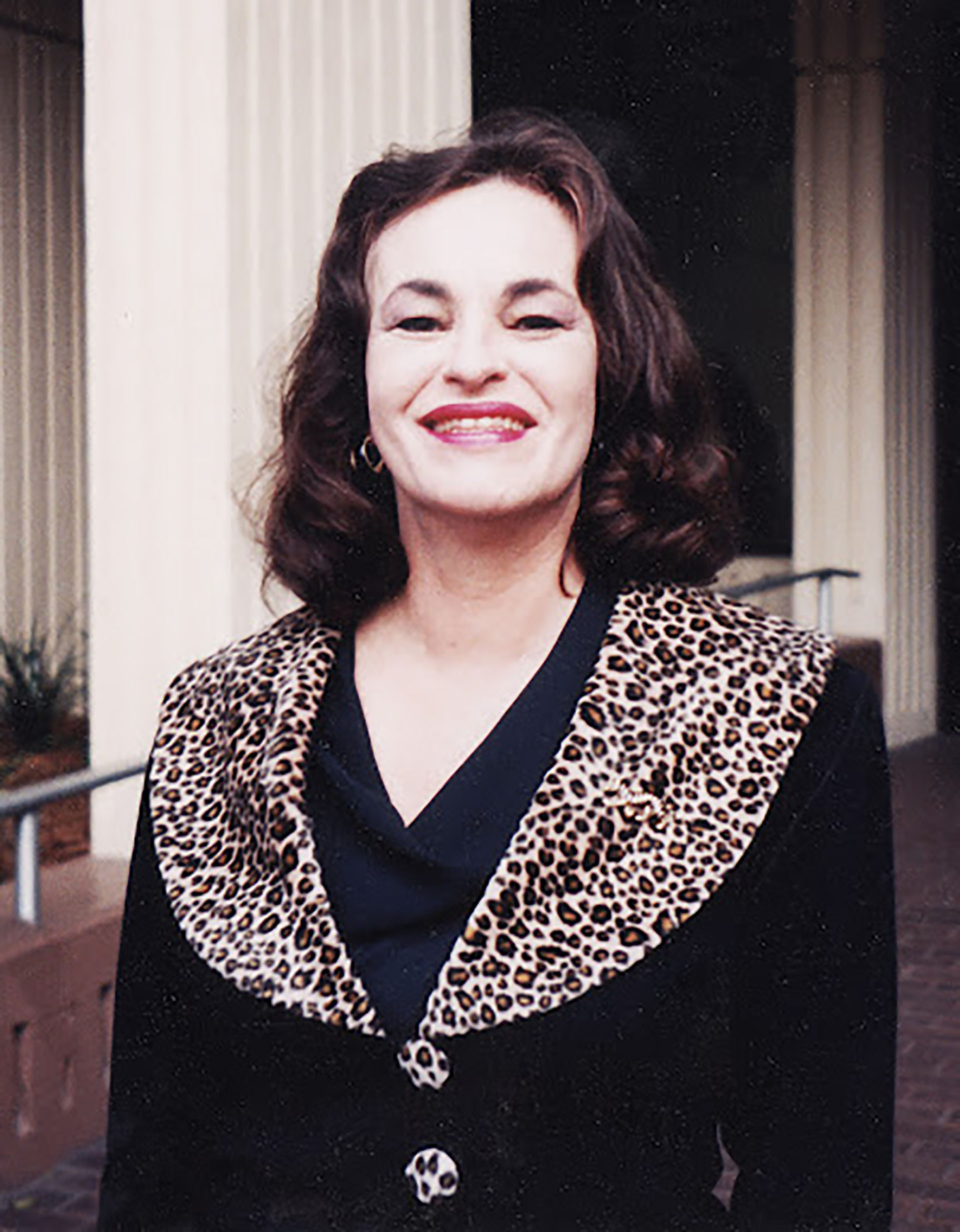 Sondra London, journalist, Rolling’s second wife and who made him confess his crimes for a documentary (Wikipedia)

When the investigators searched the place where the murderer lived, they found belongings with pubic hair from one of the victims, blood stains from another of the victims and several audio recordings where the detainee mentioned the murders.

On November 22, 1991, he was formally charged with five counts of first-degree murder. For three years, the defendant insisted on his innocence despite DNA evidenceuntil, on February 12, 1994, the journalist entered his life Sondra London, with whom he wrote letters to start a relationship and marry. This is how the documentary was born The Making of a Serial Killer, in the Rolling he talked about his murders.

See also  European sanctions will include measures on cryptocurrencies

Shortly before the trial, he pleaded guilty. “It was not my fault. The only one responsible is Gemini, a diabolical part of my personality that surfaced after I saw the third part of The Exorcist “he declared. During the trial, held in Alachua County nearly four years later, jurors viewed photos of the crime scenes, the mutilated bodies, and the state in which the defendant left his victims. They also heard dozens of statements from witnesses, from the competent authorities in the investigation and from the murderer himself, who he tried to defend himself by justifying his actions in the trauma that he had left from having been mistreated in his childhood.

On April 16, 1994, he was sentenced to death by lethal injection. His execution took place on October 25, 2005. at Starke State Prison. His dying wish was lobster tail, shrimp, baked potato, strawberry cheesecake, and sweet tea.

Outside the compound they gathered protesters for and against the death penalty. Those who opposed, about a hundred, stood in a circle, prayed and sang hymns such as Kumbaya and Blowin ‘in the Wind. Those who were in favor carried slogans such as, for example, “kill the killer” 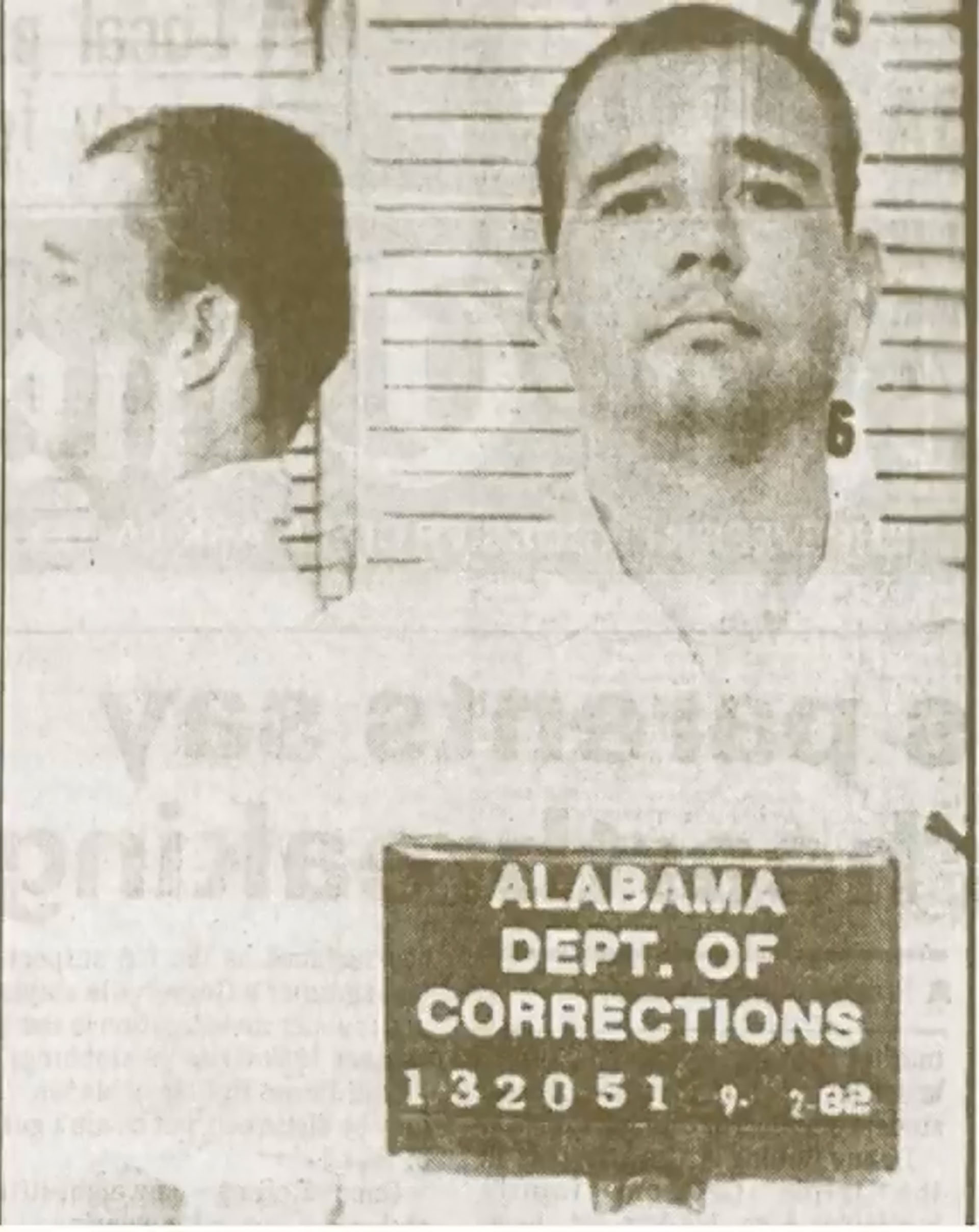 Danny Rolling, “the Gainesville Ripper”, during his arrest. He was sentenced to death (Video capture)

At six o’clock in the afternoon, He was injected with a mixture of hypnotics, sedatives and painkillers. “His execution will remove a very dark shadow, that of the face of evil,” said Gainesville State’s Attorney, Bill Cervone.

But before that, an unusual piece of information came to light: the murderer had his own Internet page, in which he published a series of gothic stories that he called “Legends of the Black Swamp” and he sold “The Making of a Serial Killer”, the book where he recounted his experiences.

“I am guilty only as a Gemini, a bloodthirsty being, but the person I am feels deep remorse,” he says on his website. His case inspired the hit horror movie Scream.

The horrifying crime of a girl, 40 thousand footprints and a murderer who killed her out of “rage” when she began to cry
43 years ago he was imprisoned in an underground glass cage: the life of the cannibal who inspired Hannibal Lecter