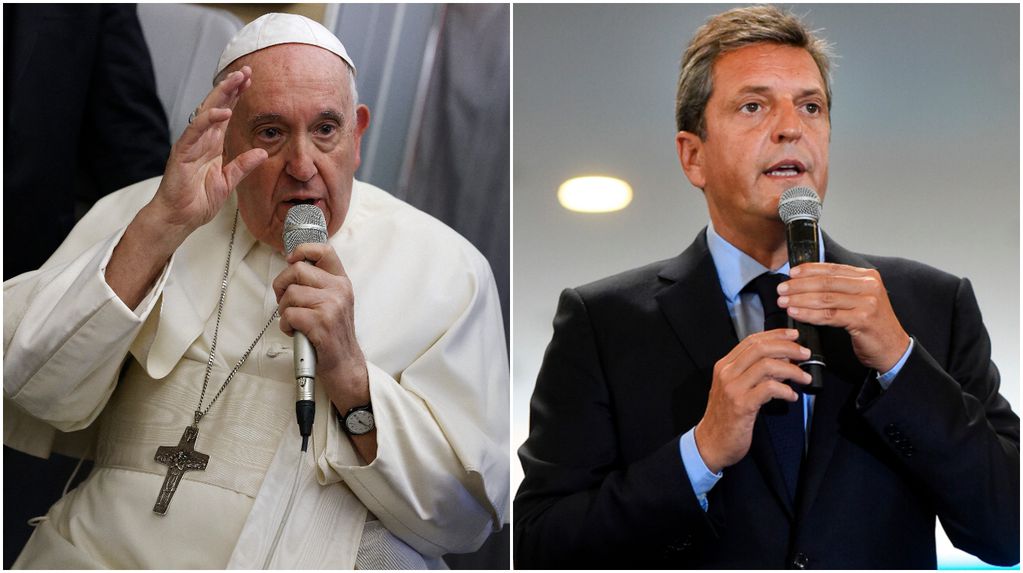 Sergio Massa and Pope Francis: the unknown story that explains the broken link

In the end, Sergio Massa came to the cabinet as super minister, although not with all the springs of power that he claimed. And despite the resistance until the last moment of Alberto Fernández, that he had to give in to the key support of his appointment by Cristina Kirchner and the worsening of the economic and social crisis.

However, the designation cools a little more the already cold relationship of the president with Pope Francis.

I also read: Pope Francis between his political and religious dimensions, the key to understanding him

Alberto Fernández’s bond began to deteriorate when, after having embraced a conciliatory attitude with the opposition in the first months of his administration and before the start of the pandemic -which gave him great popularity-, opted for a confrontational attitude following Cristina’s wishesdespite the fact that when he took office he had said that one of his great objectives was “to unite the Argentines.”

The relationship was further affected when the president energetically took on the project to legalize abortion at the worst moment of covid, which left Francis in a bad light before the Church in the world.

And after asking him for help in renegotiating the debt with the IMF, which he got thanks to the good relationship between the Pope and its director, Kristalina Giorgievaand with US President Joe Biden.

As for Massa, then-Cardinal Jorge Bergoglio was very upset with him when he was chief of staff to President Néstor Kirchner, who considered him the “spiritual leader of the opposition”.

Curiously, Kirchner coincided with the most conservative sector of the Argentine Church and the Vatican – although, in this case, he saw him as too progressive – in the desire to remove him from office.

Bergoglio believes that Massa participated, precisely, in an operation to eject him from the Buenos Aires archbishopric and, in the best of cases, send him to a position in the Vatican. The move included the promotion to replace him of another bishop who, in the end, ended up resigning in the middle of a sexual scandal. Massa always denied having had any intervention, but today’s pontiff never believed him.

I also read: The discreet efforts of Pope Francis to contribute to social peace in Argentina

An objective fact is that the Pope never received Massa. The new “super minister” loses with Francisco a support for the link with Giorgieva, unlike Martín Guzmán, to whom the pontiff had facilitated access to the head of the IMF. Even more: he supported him by receiving him in the Apostolic Palace for an hour and designating him as a member of the Pontifical Academy of Social Sciences.

Those were the times when Kirchnerism attacked Guzmán -in line with the vice president- and torpedoed the negotiations with the IMF (a statement by the senators of the Front for All was categorical). Thus, while the Pope tried to contribute to a reasonable agreement at the request of Alberto -and thinking that this was good for the country- a part of the ruling party sabotaged it.

What must the Pope have thought when he found out that, after Guzmán’s resignation, his successor, Silvina Batakis, went to see Giorgieva – to whom he assured her that she had all the power – and that When you were preparing to return to the country, did they inform you that you were no longer the Minister of Economy? Beyond his desire to help his country, what disposition will Francisco have in the face of so many messes?

Strictly speaking, these are self-inflicted messes. Because, if the Pope and the Church in Argentina were always concerned about the famous crack, in recent times their concern has increased due to the emergence of the crack within the crack. That is to say, no longer the division between the ruling coalition and the opposition coalition, but within the ruling coalition itself.

That is why the bishops -in the first pronouncement after the cabinet changes- formulated this weekend a call for “the responsibility of politicians” in the face of the worsening of the crisis economic and social, whose most obvious manifestation is a “stifling inflation” that – they say – prevents access to food and “generates misery”.

They lament, in this sense, “a cracked and confrontational society, where we do not fully understand that ‘no one is saved alone’ and it seems impossible to generate common projects, where the real gap is getting bigger and bigger in relation to the last ones, those who suffer from poverty and, worse still, indigence”. And they claim the right to work.

I also read: The day Pope Francis shook the Church in Argentina

For this reason, they insist for the umpteenth time -as they have been doing since the 2001 crisis- with their call for dialogue between politicians and all social actors “to seek honest and realistic solutions that dispense with the clientelistic use of people’s needs.”

In the final part of their statement they state: “In complex times, in which no sector seems willing to give up its interests, it will do all of us who are leaders in different fields, political, social, union, business, religious, etc. ., allow ourselves to be questioned by the words of Pope Francis”.

And they quote the pontiff: “The depth of the crisis demands proportionally the height of the ruling political class, capable of looking up and directing and orienting the legitimate differences in the search for viable solutions for our peoples”.

See also  Who is the woman whose hand the Pope kissed? It's Alma Desjarlais - and Francis really wanted to ask her forgiveness