With Joe and Jill Biden at Ground Zero were also Barack and Michelle Obama and Bill and Hillary Clinton, all wearing masks. In the parterre that hosted the president and the two former ex-mayor of New York Michael Bloomberg and the speaker of the House Nancy Pelosi.

Minute of silence at 8:46 – At the start of the commemoration ceremonies, The Remembrance opened with a minute’s silence at 8:46 am, when the first plane hijacked by terrorists crashed into the North Tower of the World Trade Center in Manhattan. A second minute of silence was also observed for the crash of Flight 175 against the “twin” South Tower.

Biden: “Never forget the victims” – “Twenty years ago, nearly three thousand lives were cut short by an unspeakable act of cowardice and hatred, on September 11. As a nation, we must never forget those we lost during one of the darkest moments in our history and pain enduring of their families and loved ones, “commented Joe Biden. 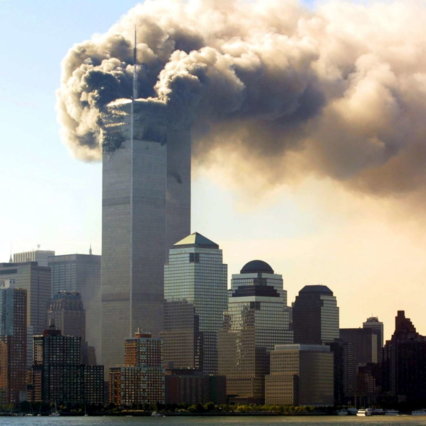 Kamala Harris plea: “Unity is essential” – “The days that followed 9/11 remind us that unity is possible in America. Unity is essential: it is essential for our prosperity, for our national security,” said Vice President Kamala Harris. echoes the call for unity launched by Joe Biden. Harris spoke from Shanksville, Pennsylvania, where Flight 93 to Washington crashed.

Bush pushes for unity: “Like the one after 9/11” – On September 11, 2001 “we were shocked by the daring of evil and heroism” of the rescuers, said George W. Bush in Shanksville, Pennsylvania, lamenting the divisions of the United States and calling for unity as in 2001. “When it comes to uniting the country, those days of” September 11 “seem far away.” “The dangers for our country do not come” only from outside but “also from within”, added the former president.

Bruce Springsteen sings for the victims – Bruce Springsteen intervened, surprisingly, at the ceremony. His appearance had not been announced. The singer-songwriter, in a dark suit and accompanied by a guitar, interpreted “I’ll see you in my dreams” in one of the moments of pause while reading the names of the nearly three thousand victims of the terrorist attacks.

Mattarella: “Italy with allies against the terrorist threat” – Italy “stands in solidarity with the United States and other allies to face any terrorist threat, extinguish the outbreaks of war that fortify them and to strengthen a world order centered on law, social and economic justice”. This was stated by the President of the Republic, Sergio Mattarella, launching an appeal “to cooperation, to multilateral dialogue, in the deep conviction that this commitment will make it possible to face the new decisive challenges that are emerging on the global scenario to leave a better future for the new generations” .