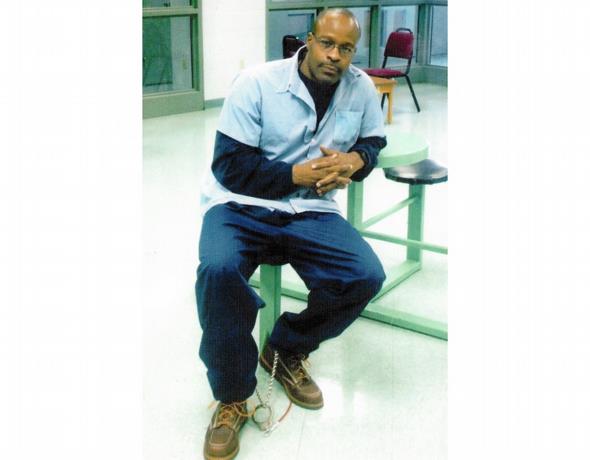 Sentenced to death, he hopes that the music will free him from being executed

Music has helped Keith LaMar get through everyday life for nearly 30 years on death row in a maximum security prison in Ohio. He now hopes it will help him escape execution scheduled for November 16, 2023 for a crime he claims he did not commit.

LaMar is accused of murdering five of the 9 companions and a guard during a riot started on April 11, 1993 by a group of Muslim prisoners who refused to submit to a tuberculosis test because the serum contained alcohol.

“If and when the time comes, I am an unfortunate victim of the state … it will not be because I did not try to do everything in my power to prevent it.” “In this sense, I feel as if I have saved my life,” he tells AFP by phone.

He has been preparing himself psychologically, morally and legally for 30 years so that this moment does not come to pass.

In prison since the age of 19 for the murder of an old drug addict friend who held him up at gunpoint to take away the drugs he was selling at a time when crack was running rampant through the country’s streets in the late 1980s LaMar then admitted his guilt.

And he tried to turn his life around in the first four years, from the 18 of the first conviction, high school before enrolling in a university program “trying, with all my might, to redeem myself,” he says in his book ” Condemned”, in which he explains his version of that riot that changed his life forever.

In a country where “the truth only gives you freedom if you have enough money”, with notorious cases of wrongful convictions such as that of Kevin Strickland, recently acquitted after 43 years behind bars for a judicial error that convicted him of a triple crime that committed, LaMar wants his case reopened, because, according to him, it was marred by irregularities such as the destruction of evidence and the withholding of information that would have proven his innocence.

Black in a racist country

“When you’re poor, black in a racist country, we’re damned poor,” he says.

Now, Keith LaMar is not alone. In addition to a team of lawyers trying to open the case, the Spanish jazz player Albert Marquès is waging a campaign with many other musicians to demand “Justice for Keith LaMar” and to raise public awareness of his case.

Last weekend he gave a concert at the Jazz Gallery in New York to commemorate the release of the CD “Freedom First” that LaMar and the Catalan have composed hand in hand.

From death row the voluptuous but firm voice of the prisoner sounded live throughout much of the concert by the Marquès band.

“The idea is not to play for Keith, it’s to play with Keith,” the Catalan told AFP. LaMar, author of several lyrics of the songs in which he narrates his life and reflects on his destiny, is “one of the band and earns the same as the rest of the musicians,” he maintains.

But how can you attend a concert hundreds of miles away when you’re on death row?

“He can make calls from jail, for which he pays” and he remarks with a certain sarcasm: the gatekeepers “cannot prohibit something that they cannot imagine is happening.”

“We are not doing anything illegal, they can change the rules because if they want they can ban it,” he says, before pointing out that the only thing they are doing is “raising awareness” about the case of one “of his best friends” whom he visits periodically in the Ohio maximum security prison.

For LaMar, the musician has been one of “the blessings of his life” and his “last hope” that his case overflows the borders. But above all, he has gained a “friend”.

“Music is a big part of my life,” he replies after acknowledging that the first thing he does when he wakes up “before putting his feet on the ground” is put on a CD. That along with writing.

“I try to do useful things because it is the only way to give meaning to my own life” and so that the people who “count” for him not only believe in his “innocence”, but “believe in him as a human being “, he concludes.