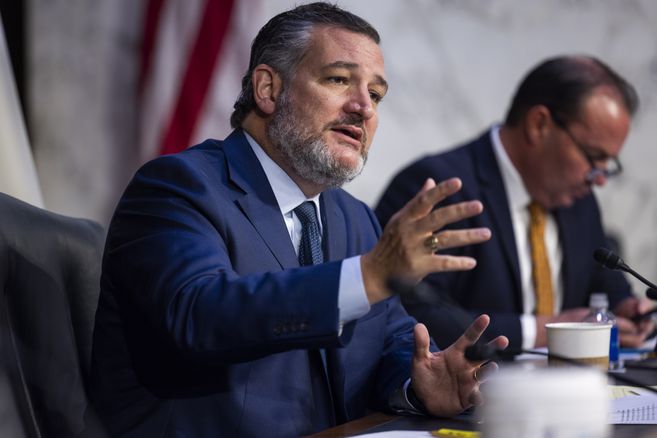 Texas Senator Ted Cruz is one of the most controversial congressmen in the United States.

To the President-elect of Colombia, Gustavo Petro, he does not expect a warm welcome from the Republican Party caucus in the United States. This is how the senator let him see it on Thursday Ted Cruz (R-Texas) who issued strong warnings against his government.

“If (Petro) reverses cooperation in drug trafficking, my law will ensure that he does not get more money for anti-narcotics,” Cruz said.

The Republican, who has become popular for his multiple controversies and unconditional support for Donald Trump, was referring to his draft Precautionary Law (Caution Act)which seeks to condition the aid that the United States gives to Colombia.

“I am not interested in giving anti-American leftists aid dollars. I believe our foreign policy should use carrots and sticks to encourage other countries to behave in a way that serves American interests and strengthens our friendships, and a way that deters countries from seeking to harm and undermine the United States of America.” Cruz said.

The Texan senator’s project proposes that, in order to send aid to Colombia, the president Joe Biden has to certify that cooperation remains strong in the military, intelligence and counter-terrorism areas, and that the petro government has not tried to “erode” trust; also look for Colombia deny all access to the military or intelligence infrastructure of China, Cuba, Iran, Nicaragua and Venezuela.

That is not all: Cruz’s project demands that Colombia certify that it has not taken measures to “legitimize” foreign terrorist organizations and that the petro government do not interfere in the processes of the Special Jurisdiction for Peace to investigate the human rights violations committed during the decades of violence.

We recommend: No passport? The countries to which you can travel with the Colombian digital ID

Cruz took advantage of his intervention in the Congress to throw taunts at democrat presidentpointing to him as responsible for deepening “the serious dangers to national security.”

“The Biden administration appears to be ideologically committed to systematically alienating our allies and empowering our enemies. In this goal – and perhaps only in this – they have been very successful,” Cruz said.

The senator concluded by saying that he does not support “Marxists in Latin America, and any leftist leader who chooses socialism will be responsible to USA. And at a minimum, it will no longer be funded by American taxpayers to undermine our great nation.”

“If President Biden does not stand up for America, then I hope and pray that Congress does,” he concluded.

Why are Cruz’s words so important?

For now, Cruz’s words may seem lighthearted. His speech is an extension of the Republican agenda that wages an ideological war against anything that does not fit conservative standards.

So far, the US government has maintained good relations with the incoming government in Colombia. Biden held his first call with Petro a few days after his victory, and members of the Democratic Party were encouraged to congratulate him. However, it should be remembered that, in a few months, the United States will see a strong tumble in Congress, which could be bigger than expected. Democrats, who currently dominate the House and Senate, will lose power in the legislature, according to projections.

See also  Suffrage in the US: Biden attacks Republican politics

The survey of CBS News Battleground Tracker published this week, the first to meticulously measure the midterm elections by district, pointed out that in November the Republicans would take 230 seats in the Camera versus 205 for Democrats. That’s 12 more seats than the 218 needed to control the lower house. At the moment, the Democrats claim a small majority of 220 seats against 211 Republicans, so the collapse of the Liberals would be greater than expected at the beginning of the year, when the contest was anticipated to be much closer.

In November, the Republicans would take control, so that party would have greater capacity to approve projects like the one Cruz proposed on Thursday, which suggests that US aid to Colombia will be dictated strictly under the conditions of the conservatives. .

You can see the entire intervention of Senator Cruz here:

You may be interested in: Monkeypox: Why did the US declare a public health emergency?

👀🌎📄 Have you already heard about the latest news in the world? We invite you to see them in El Espectador.