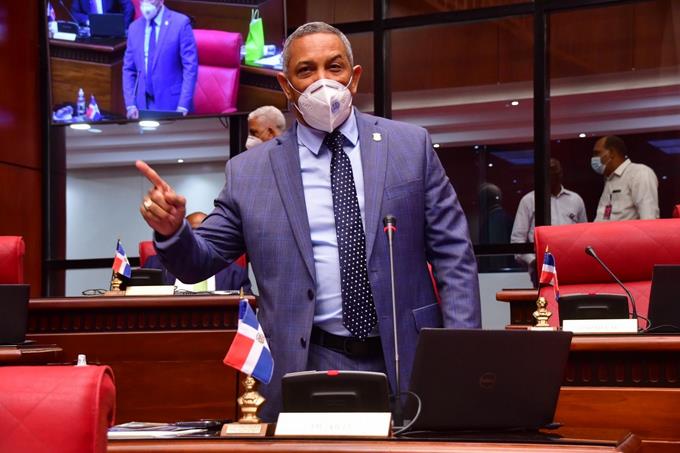 “80 percent of the ministers of this government do not solve a damn thing”, in a forceful way the senator of the Duarte province, Franklin Romero, criticized the actions of the ministers that make up the cabinet of President Luis Abinader.

During a presentation this Tuesday in the hemicycle, Franklin Romero, senator of the Modern Revolutionary Party (PRM), he deplored the attitude of the ministers claiming that they “do not show their faces” and that they “stick out their tongues” as ordered by the President of the Republic, Luis Abinader.

In that sense, he said that the senators and deputies are not responsible for the lack of works in their provinces, nor of jobs for their residents, pointing to the Executive Branch as those in charge of this.

“Every day we see how some ministers go on television to say that many works are being carried out. To the president who takes this into account, who is authorizing many things and from the moment he turns his back they stick out their tongues and the citizens who know that we, the senators and deputies, are not responsible. Those who manage budgets are ministers, directors, we are here to legislate, supervise and represent, and that is what we are doing at this time, representing, “he said.

The senator went on to say that citizens regularly comment on the lack of appearance of legislators in the provinces “but with what cost does one go if the ministers are not solving anything”, while revealing different protests in his demarcation due to the lack of works .

“Right now in my province there are two calls to strike. How the hell do we face those people, how? But the most important thing is that these people understand that we are not the ones responsible, we are the legislative power, the executive power is the one that has the function of executing ”, reproached the representative of the Duarte province.