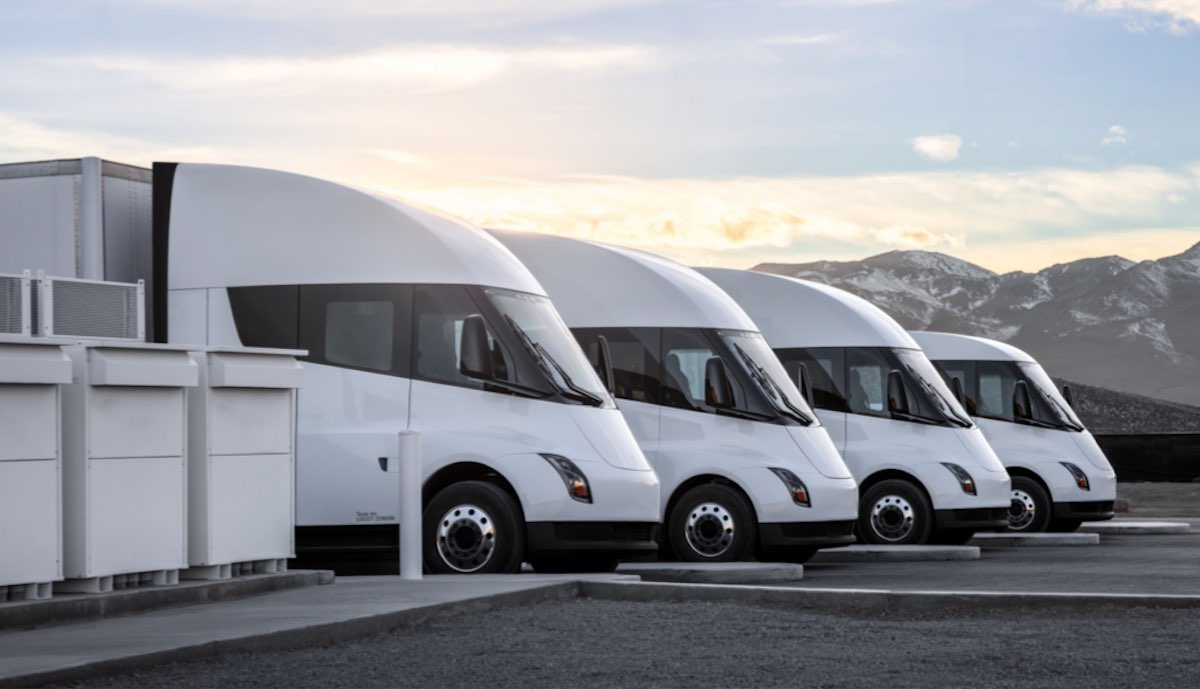 Very late Tuesday US time, Tesla CEO Elon Musk reminisced a bit on Twitter. Eight years ago, Tesla released all of its patents for use, he first let it be known with a link to the old blog entry on the subject, and then recalled his “Master Plan, Part Deux” for Tesla, which was published six years ago and will soon have a sequel. In between, Musk also commented on the near future at Tesla – about which he had a surprising announcement.

“Tesla Semi 500-mile semi truck delivery starts this year, Cybertruck next year,” Musk wrote on Twitter between the patent and plan messages. The surprise lies in the first part of this message. Because the start of production of the Semi was originally announced for 2019, but the CEO had recently named 2023 as the date for this. At the Tesla general meeting last week, he confirmed the launch of the Cybertruck in the middle of the year, but said nothing about the semi.

In the Tesla report for Q2 2022, the status for both vehicles is “in development” (as well as for the new Roadster and for the first time for “Robotaxi & others). Musk has recently confirmed that the Cybertruck will be produced at the Gigafactory in Texas. He first mentioned it when he announced this new location in the summer of 2020. At the time, Musk said the Tesla Semi would also be built there.

Most recently, however, prototypes were seen and shown (see photo above) at the Gigafactory in Nevada, where Tesla also installed several Megacharger columns for super-fast recharging. According to rumors from the end of 2021 there should be a limited semi-production in a new hall near the factory. The early major orderer Frito-Lay also reported that it expected delivery of the first 15 Tesla Semi before the end of the year. They didn’t seem to come, but this June Megachargers were also installed at Frito-Lay in California and the company is said to have received at least one semi for tests.

According to the new information from Musk, more and also for other customers would have to follow this year – after the semi presentation in November 2017, there were a number of large orders. Preparations for its production in Texas have not yet been observed, so the Tesla semi-trailers are likely to continue to come in larger numbers from Nevada for the time being. Musk’s 500-mile range (a good 800 km) could mean that only the 300-mile version of the Semi has been seen so far. According to calculations by a YouTuber, Tesla would need almost 1000 kilowatt hours of battery capacity for the higher value. On Tuesday, Musk initially did not answer the question of whether this would be solved with his own 4680 batteries.