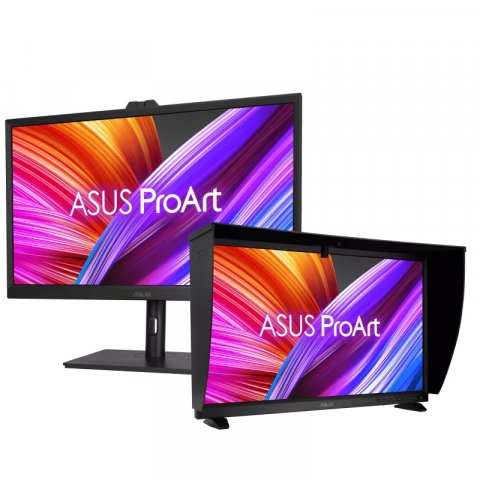 Self-calibrating monitor has a release window

08/11/2022 at 10:15 am
from Rhonda Bachmann –
Asus introduces a new OLED professional monitor. The Asus Proart PA32DC is said to be the world’s first OLED display with automatic calibration. Aimed primarily at office work and graphic design, the monitor is scheduled for delivery in October 2022.

Asus is releasing a new Proart series monitor soon. The Asus Proart PA32DC professional monitor will be 31.5 inches (about 80 cm) in size and have a resolution of 3,840 x 2,160 pixels in 4K. In addition, the monitor must cover 99 percent of the DCI-P3 color spectrum. The Proart PA32DC also has two different stand options, a metal handle for transport and a monitor hood to help reduce reflections on the screen.

According to Asus, the ProArt Display OLED PA32DC is the world’s first OLED monitor with automatic calibration. The device has a built-in motorized flip colorimeter that aims to ensure professional color accuracy. The monitor also comes with hardware calibration software.

See also  Scientists predict how and when the Sun could die

The Asus Proart PA32DC is equipped with a display port 1.4 and three HDMI 2.0b ports on the back. There is also a hub with four additional USB-A ports and a USB-C port with 65 watts of power output. The monitor has built-in speakers for this purpose. The panel can also be tilted and has a pivot function that allows it to be rotated 90 degrees upright. The Asus Proart PA32DC is scheduled to ship in October 2022 and will cost around $3,500.