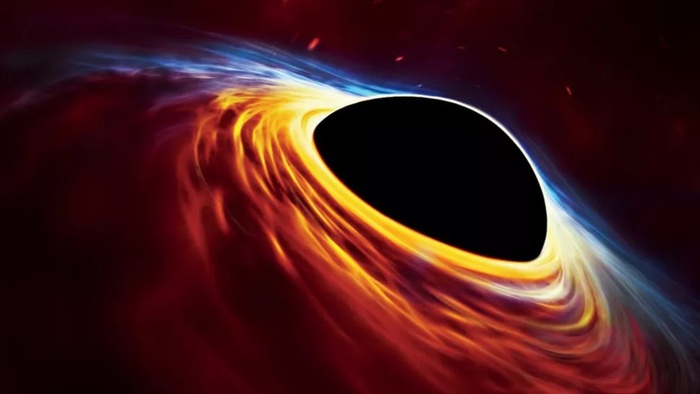 Seen the most voracious of black holes, it devours one Earth per second – Space & Astronomy

The most voracious of black holes has been observed: every second it devours a mass equivalent to that of the Earth and, despite being gigantic, it is continuing to grow very rapidly. At the moment its mass is 3 billion times that of the Sun and 500 times that of the supermassive black hole at the center of the Milky Way, Sagittarius A *, and it shows no sign of stopping. The discovery, online on the arXiv platform that welcomes articles awaiting review by the scientific community, was made by a research group led by the Australian National University as part of the SkyMapper survey. The article was submitted to the journal of the Australian Astronomical Society.

“Now we want to find out what makes it different from the others,” says Christopher Onken, head of the research team: “maybe two large galaxies collided, channeling a lot of material into the black hole to power it.” The rapid accumulation of matter on the surface of this object has also led to the formation of a very bright quasar, which produces enough energy to be 7,000 times brighter than all the stars in the Milky Way.

Seen from Earth, the quasar is only slightly dimmer than Pluto and is therefore bright enough to be detected with a good telescope in an area with little light pollution.

“Astronomers have been looking for objects like this for more than 50 years,” adds Onken. “They found thousands of weaker ones, but this one so bright and surprisingly unnoticed.” The authors of the study believe that it is very unlikely that another black hole with such rapid growth or that it will power such a powerful quasar is very unlikely: “We have essentially run out of the sky where objects like this could be hiding,” comments Christian Wolf, one of the researchers who participated in the discovery, “we are quite confident that this record will not be broken.”