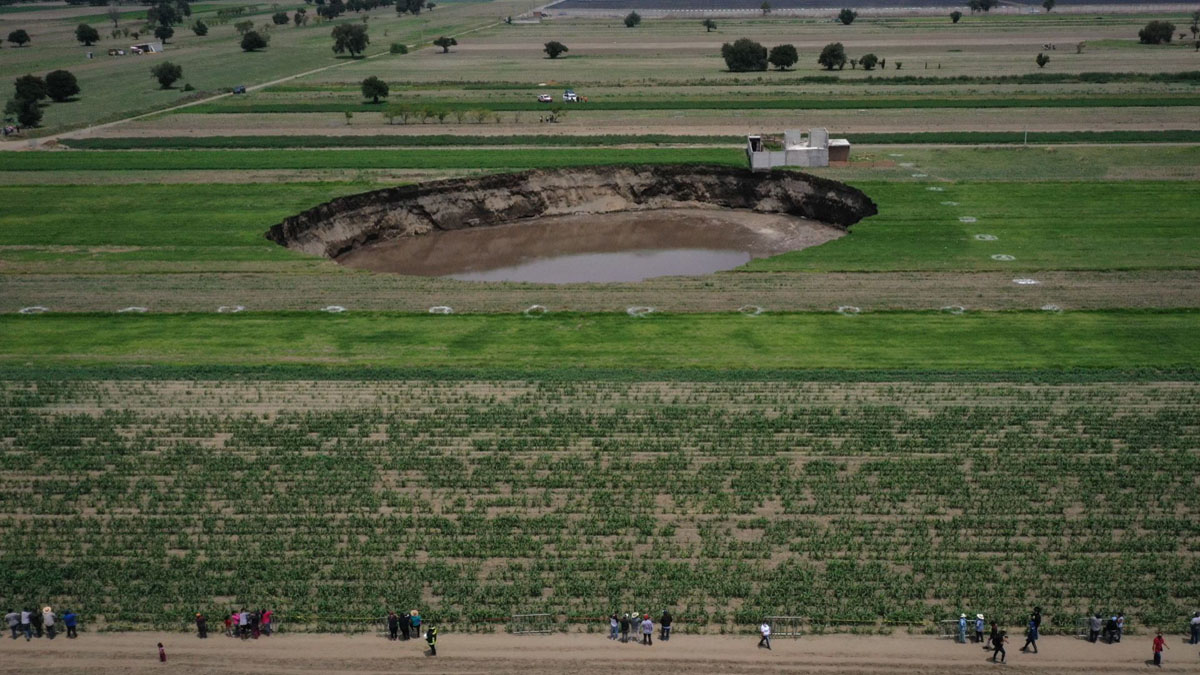 Due to the growing presence of curious in the surroundings of the huge sinkhole that was opened in some farm fields in the community of Santa Maria Zacatepec, in the state of Puebla, elements of the Secretariat of National Defense (Sedena) will reinforce said perimeter.

The National Coordination of Civil Protection (CNPC), detailed this Sunday that the security perimeter It remains in 600 meters around geological damage.

The CNPC He also detailed that, due to the influx of people, the perimeter will be reinforced by staff of the Sedena.

On the other hand, he pointed out that specialists from the National Polytechnic Institute (IPN) continue to place electrodes, to electrical sounding and seismic stress reading; in addition to staff from the Sedena, National Guard and of the Puebla Public Security Secretariat They carry out tours in the area, inviting the population to withdraw from the site.

Because the causes that gave rise to the huge sinkhole are not yet known, the authorities warn the general population that it is not safe to stay in the vicinity of the area, since since it appeared, a large number of curious they go daily to the place.

Even in vicinity of the sinkhole the presence of peddlers, who offer snacks and drinks, so that people have what to eat during their stay in the sinkhole, which has become a “natural attraction” in the municipality of Puebla. Juan C. Bonilla.