After being briefly glimpsed in a very intriguing post-credits scene from Spider-Man: Far From Home (2019) in which he lounges aboard a Skrull ship far from the Avengers, Samuel L. Jackson is about to return to service in the MCU by once again donning the costume (and especially the headband) of Nick Fury, figure a must for SHIELD, the international counter-terrorism agency. Marvel will give him a central role in Secret Invasiona series that should take place during the Blip, that is to say the five years during which Thanos wiped half the universe off the map (see Avengers: Infinity War).

How was Nick Fury resurrected? A question to which Secret Invasion will most certainly have to answer, with the Director of SHIELD having been blown to dust by Thanos’ cosmic finger snap. While waiting for 2023, the release date of the series, Samuel L. Jackson gave unpublished information on the project during his time on the show. Jimmy Kimmel Live!. Has he finished filming the series? ” Not yet Jackson replies. “ I have to go back to London in August. I have to go for The Marvels and then Secret Invasion. A surprising piece of information when you closely follow the production of Secret Invasion…

This other surprising information about Secret Invasion

The unpublished information revealed by Samuel L. Jackson cannot fail to surprise, especially when we know that the shooting of Secret Invasion ended last April. No doubt the actor needs to return to London for reshoots and help with other last-minute tweaks as Marvel most likely begins post-production on its next series. The hypothesis makes sense, since Secret Invasion et The Marvels were filmed in London and are announced on the big and small screen for 2023. It remains to be seen what role Nick Fury will play in the next chapters of the MCU. 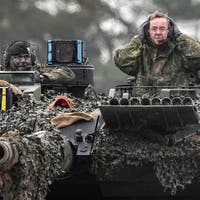