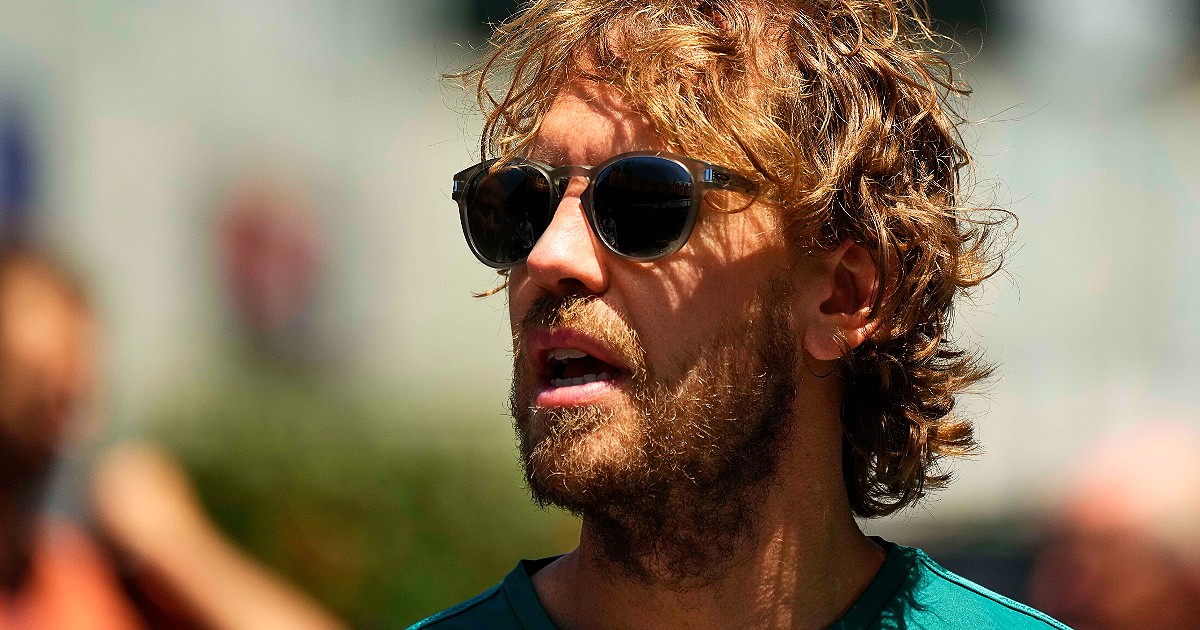 Sebastian Vettel, from 4 world titles to remorse in Ferrari: F1 loses a champion with an unfinished career

Sebastian Vettel is one of the pilots stronger Of all times. With his withdrawannounced with a surprise video on Instagram, the Formula 1 first of all loses a sample. Yet his farewell to racing at the end of the 2022 season leaves a strong feeling of bitterness, almost melancholy. What it was we know: Vettel has won 4 world titles, is third in the all-time ranking of Gp woncon 53 successesbehind only Lewis Hamilton (103) e Michael Schumacher (91). Yet it remains the regret for what it could have been: after his predestined triumphs, he lived the second half of his racing life as a normal driver. The fault of one Ferrari perhaps never really up to par to compete with Mercedes, which feeds remorse for a passionate relationship between Vettel and the Red that the track has gradually led to extinction. Leaving that feeling of a career unfinished.

When Sebastian Vettel enters the world of Formula 1 now 15 years agoits impact is devastating. That nickname, predestinedwhich today is attached to Charles Leclercis much better suited to the debut of the German born in Heppenheim. In 2007 with the BMW Clean becomes the youngest Formula 1 driver to have won world championship points. In 2008 a Monza with the Red Bull becomes the youngest driver to make one pole positionthe next day he also allows himself the luxury of win the race. Vettel has recently completed 21 yearsRed Bull chooses him to open his cycle dominant. In the first season he wins 4 gare and already takes second place. Then it becomes simply impregnable: 2010, 2011, 2012, 2013, four years and four titles.

He graduated champion for the first time a 23 years and 134 days: and another record. In the following season he conquers 11 grand prizein 2013 it even reaches 13 successes: this is also a primacy, on a par with Schumacher. He wins his fourth title with 155 points advantage on the runner-up. It’s true: in those years the single-seater signed by Adrian Newey it is clearly the most performing. There Red Bull command undisturbedbut Vettel is the worthy pilot for that extraordinarily fast car. Everything changes in the 2014when with the introduction of the new V6 turbothe reference car becomes the Mercedes. It is the last season for the German in Red Bull.

When in 2015 Vettel gets on his first Ferrariwho will call Eva, has yet to turn 28. She already has 4 titles in the palmares (better than him alone Fangio and the usual Hamilton and Schumacher), while just Hamilton has just won his second title. Mercedes versus FerrariHamilton against Vettel: it seems already set up challenge perfect, the one capable of marking an era. Instead, the duel will never be fully completed, with the Englishman taking the cannibal’s scepter. Vettel in red sits perfectly at ease: he is very different from Schumi more Italian. He also speaks Italian, indeed sings. Another German to win at Ferrari, it seems only a matter of time. Yet the stable of Maranello struggles to bridge the gap with rivals from Stuttgart: every season begins full of hopes and takes place between disappointments and regrets. The 2017 is the year of the great illusion: Vettel conquest three wins and three second places in the first 6 races. At 30, it seems like everything finally soon for the triumph in Ferrari, the success that sublimates an extraordinary career.

See also  Olympics: The nine sports that could surprise you at the 2028 Olympics

That dream dies out in the following weeks, it shatters together with his Red with i two withdrawals a Singapore e in Japan. Especially the accident at the start in Singapore, a controversial contact between Vettel, Kimi Raikkonen e Max Verstappenbecomes the crossroads of his experience in Maranello. The passion with the Red is exhausted fiasco after fiasco: it is the beginning of that decline that makes his career unfinished. The failed triumphs in Ferrari, which he will leave at the end of 2020, are mainly attributable to the single-seater. Even to the German champion though is missing something: that spirit from cannibal capable of folding episodes and destiny, just to make him turn on his side. The 2021 season, driving the Aston Martin, has revealed even more humanity from Vettelat the forefront for i Lgbtqia + rights (also in the paddock) and against the racism. It’s a romantic pilota champion gentile, who just missed the badness to give his career another thrill, after those extraordinary early years.