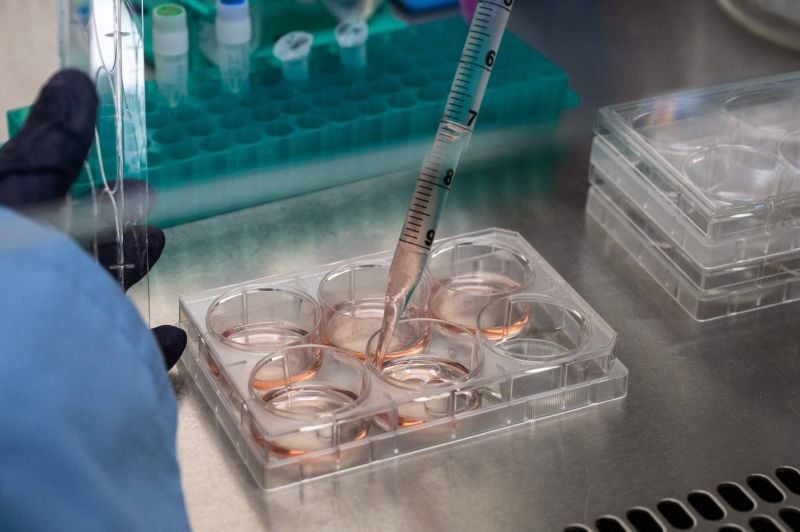 Preserved in formalin, deciphered by genetics, early 20th-century European lung tissue provides new knowledge about the Spanish flu, of which one of the seasonal flu viruses may be a direct descendant, according to a study published Tuesday in the Nature magazine.

The most devastating respiratory pandemic of the 20th century, the 1918-1919 flu, known as “Spanish” – a misleading term because this pandemic was far from being concentrated in Spain – killed an estimated total of 50 to 100 million of people. Its viral origin was not confirmed until the 1930s. Subsequent research identified the culprit: an influenza A virus of the H1N1 subtype. But there are still mysteries about the Spanish flu. Geneticists have been trying to dispel them for twenty years, but their task is limited by the low number of victim specimens to be analyzed.

After fifteen unsuccessful steps, Sébastien Calvignac-Spencer, specialist in viral evolution at the Robert Koch Institute (Germany), says that he and his colleagues were “extremely lucky”. They had access to 13 lung samples, dating from 1901 to 1931, including six from 1918-1919, kept in formalin in museums in Berlin and Vienna. And they detected RNA fragments from the Spanish flu virus in three samples from 1918.

These researchers managed to sequence large parts of the virus that infected two people, but also an entire genome in the third case. Previously, “there were only sequences of 18 specimens in the world, two complete genomes, in the United States”, and “no genetic information on the first phases of the pandemic”, underlined Sébastien Calvignac-Spencer during a press briefing. The Spanish flu has, in fact, experienced three major waves. The second and third were particularly deadly, more so than the first, which had developed in the spring of 1918. Their work notably detected genomic variations over the course of the pandemic and its journey around the world via back and forth favored by the transfers of soldiers at the end of the First World War. From the earliest days of the Spanish flu, a gene in the virus appears to have evolved to counter the human immune response.

Above all, “these new analyzes are compatible with the scenario of a pure pandemic origin of seasonal influenza viruses”, a direct filiation, according to the study. This undermines other hypotheses on the emergence of seasonal influenza, in particular the idea – known as “reassortment” – that current viruses are made up of several fragments from heterogeneous ancestors.

Difficult to describe, however, how the influenza pandemic of 1918 gradually turned into a seasonal virus, “due to lack of data”, especially on the 1920s, explained Thorsten Wolff, virologist at the Robert Koch Institute. Can this research give some keys to the evolution of Covid? If we cannot compare these two pandemics, because of “different viruses, very different propagation conditions, humans organized and connected differently”, certain similarities may exist, according to Sébastien Calvignac-Spencer. “For example, the 1918 flu had several waves, like Covid, but unlike the Covid pandemic, where the waves are associated with new variants, the 1918 pandemic probably did not, according to our study,” he noted. The study in Nature, however, has a limit, its “very small sample size”, recognize its authors, stressing that their results remain “preliminary”. “Additional genomes from samples surrounding the pandemic period, as well as phenotypic characterization of several 1918 viruses in vitro and in vivo, will undoubtedly allow for more robust analysis,” they say. It remains to find new preserved pathological specimens.

Preserved in formalin, deciphered by genetics, early 20th-century European lung tissue provides new knowledge about the Spanish flu, of which one of the seasonal flu viruses may be a direct descendant, according to a study published Tuesday in the journal Nature.The most devastating respiratory pandemic of the 20th century, the…