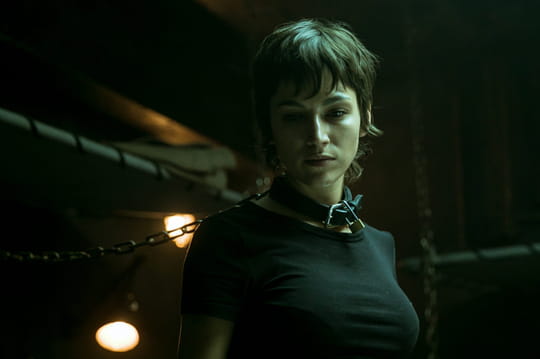 CASA DE PAPEL – While season 5 is in production, Entertainment Weekly reveals that it will be La Casa de Papel’s last.

[Mis à jour le 31 juillet 2020 à 17h41] The heists of Tokyo, Denver, The Professor and Rio will soon end. Entertainment weekly has exclusively revealed that season 5 of La Casa de Papel, which will soon begin filming in Spain and Portugal, will be the last of the series, information also confirmed on social networks by Netflix. Fans will have to take advantage of this ultimate heist, which will be released “soon” on the streaming platform.

Fans are certainly going to have to be patient before discovering the final season of La Casa de Papel. Season 3 was shot between late 2018 and early 2019, to be uploaded in summer 2019. The wait was even longer for season 4, which filmed between spring and summer 2019 reports Télé-Loisirs, for an arrival on Netflix on April 3, 2020. No date has yet been announced for the returns of Tokyo, The Professor, Rio and Stockholm in this fifth and final part. However, we can imagine that we will have to wait until the year 2021 before discovering this last lap.

What we know about season 5 of La Casa de Papel

On the occasion of the article published in Entertainment Weekly, the creator of the series Alex Pina reveals more about this season 5, and the plot. After Nairobi’s death in Saion 4, the Professor’s team intends to take revenge. “We go from a game of chess – a simple intellectual strategy – to a war strategy made up of attacks and disputes”, details the creator of the series Alex Pina, who promises that season 5 will be “the most epic of all those we have shot “. For this last lap, the Professor and his team will have new enemies. The actor Miguel Angel Silvestre, Lito in Sense8, as well as Patrick Criado (seen in Permis de vivre), join the cast, without their roles being revealed.

Will the Casa de Papel be entitled to a season 5? For several weeks, the media have raised this possibility, even arguing that a season 6 would be under discussion. It is finally on July 23, 2020 that Alvaro Morte announces his return in the role of the Professor on his Instagram account. Series creator Alex Pina revealed to Entertainment Weekly on July 31 that this season 5 will be the last.

Season 5 of La Casa de Papel was made official on July 23, 2020. Actor Alvaro Morte (The Professor) announced the start of filming on his Instagram account. The release date on Netflix has not yet been announced. As a reminder, part 4 of the Spanish series was made official on December 8, 2019: however, the shooting took place between spring and summer 2019, before arriving on screens on April 3, 2020. It is therefore possible that it will be necessary to wait several months, even a full year, before discovering season 5 of La Casa de Papel.

La Casa de Papel is made up of a cast that changes little from season to season. Among the main roles, we find Úrsula Corberó in Tokyo, Álvaro Morte is still present in the role of the Professor. Miguel Herran is Rio, Itziar Ituño takes over the role of Raquel Murillo while Pedro Alonso is present even in season 3 as Berlin via flashbacks. Here is the full cast of La Casa de Papel below.

La Casa de Papel is a series that is not broadcast in France on television on a conventional channel. The broadcasting rights belong to Netflix, which therefore has the exclusivity of its international broadcasting, France included. To watch the series legally in France, you will therefore need to subscribe to the subscription VOD service available from 9 euros per month.