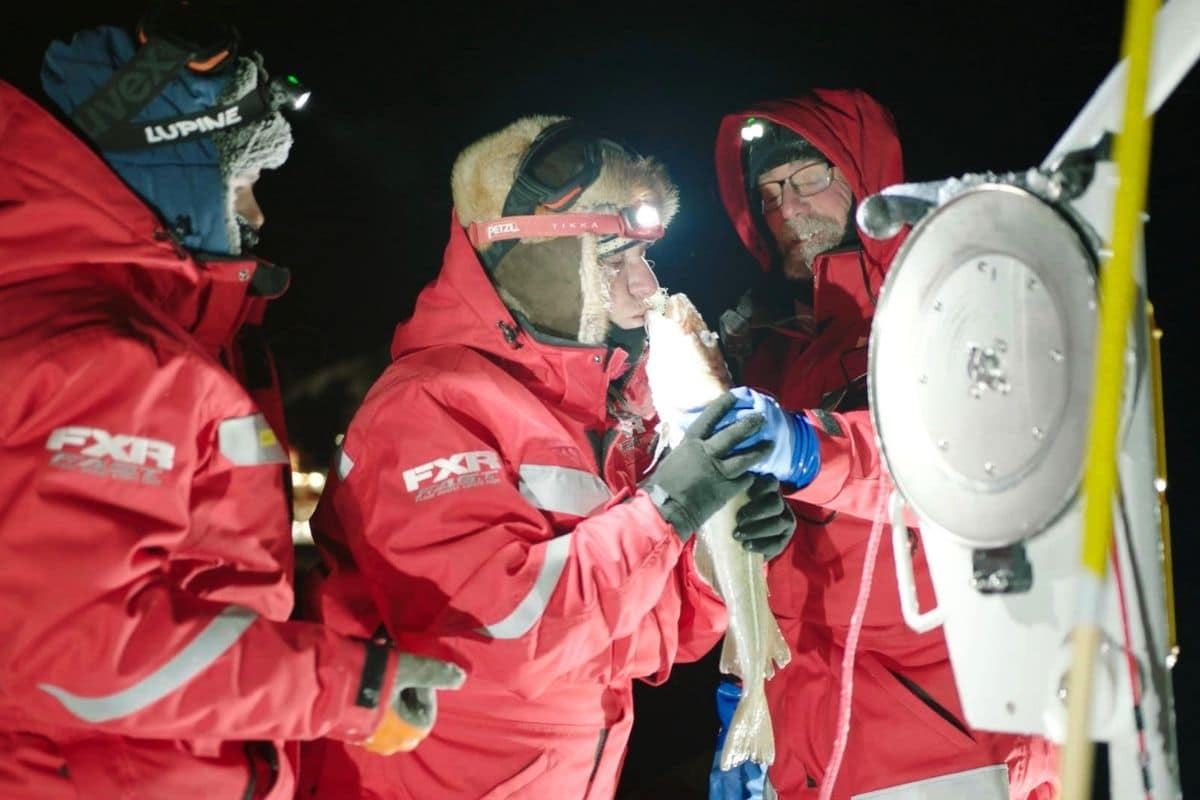 In the cold waters, researchers found cod and squid, which apparently can thrive much further north than previously thought.

The Polarstern is a German research vessel and icebreaker, which carries out important research in the coldest regions of the world. Among other things, the icebreaker became frozen in the Arctic Ocean, which allowed the scientists on board to subject their immediate environment to a thorough inspection. It leads to a surprising discovery. Because in deep water in the heart of the Arctic Ocean, they unexpectedly found fish and squid.

Fishing
First of all, the scientists on board the Polarstern discovered that some small fish swim at a depth of about 200 to 600 meters in the so-called Amundsen basin. But they were even more surprised when they suddenly caught four larger fish at 350 to 400 meters depth. In addition, three of the four fish turned out to be cod; a predatory species that, as far as was thought, was not found so far north. In addition, cod is a typical coastal fish. So the researchers hadn’t expected to find this fish in a four-kilometer-deep ocean basin more than 500 kilometers offshore.

Codfish
Laboratory analyzes show that the discovered cod has been living in the harsh Arctic waters for six years. And that while it was thought that cod is most comfortable at a water temperature between 0 and 20 degrees Celsius. However, the research shows that the fish can also thrive in colder temperatures and apparently have found a pleasant home in the Arctic Ocean. “A small number of specimens seem to be able to find enough food to stay healthy for a long time,” said researcher Pauline Snoeijs Leijonmalm.

Calamari
In addition to cod, the researchers found another remarkable species using a deep-sea camera deployed beneath the sea ice. For example, in the deep water in the heart of the Arctic Ocean, there are also squids from the family Gonatidae to swim around. It also means that this species occurs much further north than previously thought.

Squid spotted using an underwater camera in the heart of the Arctic Ocean. Image: EFICA Consortium

According to the researchers, these surprising discoveries have put some pieces of the puzzle together. “The presence of small and even larger fish could explain why seals, walruses and polar bears can be found in the Arctic,” says biologist Hauke ​​Flores. “Although both the fish and mammals are there in small numbers, they are there.” The immigration of larger Atlantic fish thus contributes to the pelagic food web of the central Arctic ecosystem, possibly representing an important food source for mammals living far north.

Protection
Snoeijs Leijonmalm emphasizes that it is of great importance that this fragile, but fully functional ecosystem receives robust international protection. Global warming is hitting the Arctic harder than the rest of the world. And that means that in just a few decades, not only icebreakers, but also ordinary ships will be able to navigate the Arctic Ocean. However, based on the new findings, the researchers conclude that both today and in the future, there are too few fish swimming in the waters to be able to fish them. “This was to be expected,” says Snoeijs Leijonmalm. “The Arctic Ocean is known to be low in nutrients and have very low biological productivity. Even with more Atlantic fish swimming in the waters, the ability of the Arctic Ocean ecosystem to support larger fish stocks is undoubtedly quite limited.”

As a precautionary measure, Canada, China, Greenland, Iceland, Japan, Norway, Russia, South Korea, the US and the European Union have already negotiated an agreement to prevent unregulated high seas fishing in the central Arctic Ocean. “This agreement prohibits commercial fishing for at least 16 years and puts ‘science first’,” said Snoeijs Leijonmalm. “A wise political decision and a good start to full protection.”