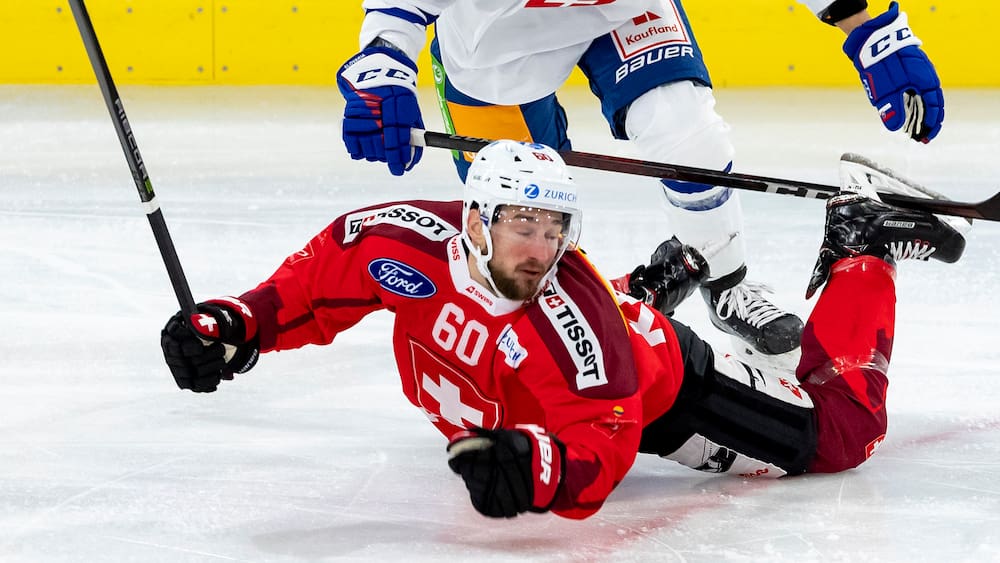 First there was the good news for national team coach Patrick Fischer that Grégory Hofmann is canceling his NHL adventure, is returning to EV Zug and will therefore be available for the Olympics, there is bad news from Bern.

“For us, Hofmann’s return is of course a stroke of luck. At the World Cup last spring, Greg was one of the best strikers in the tournament and, together with Dario Simion and Enzo Corvi, formed one of the best storm lines, ”says the national team coach. “It was a bit of a surprise to me that Columbus did not fully rely on him and his strengths.”

One day, however, the national team coach received bad news: “Tristan Scherwey has not played in full power for a long time. His ankle and ankle ligament problems worsened after the away game against the ZSC Lions last Sunday, ”said the SCB about the Nati striker. “After further examinations, Tristan Scherwey, together with the doctors and the sports management of the SCB, decided to undergo an operation immediately.”

Bitter for fishermen. “It’s a shame, we all know how much Tristan brings to a team. There is not only the heart and soul and the passion, he is also a real team leader, ”says the national team coach. “From his point of view, it is also the right decision, because a professional always has to take care of his body. However, I am sorry for him and for us as a team because he will now be missing in Beijing. Now there is a chance for other players. “

Scherwey should be fit again in mid-March

This season Scherwey has booked 8 goals and 14 assists in 33 games for SCB. With the national team he was at four major tournaments: three times at a World Cup and at the 2018 Olympic Games.

The 30-year-old will be operated on this week and should be ready for action again in mid-March and thus shortly before the (pre-) playoffs if the healing process is normal, but should miss the Olympic Games in Beijing in February. Fischer has to nominate his team by January 18th.