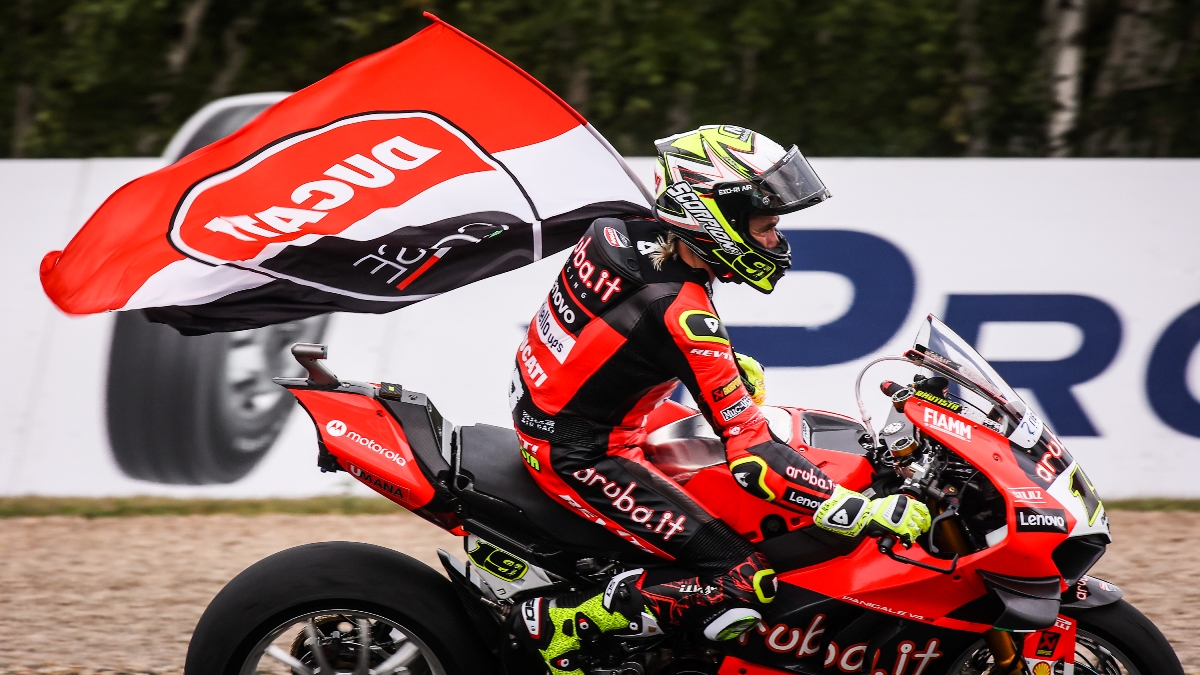 SBK, Bautista: “Rea tries every corner, if only to disturb you, Toprak is different”

Alvaro Bautista closed the weekend in Most with a precious second in Race 2. Although he did not manage to win, the Spaniard still preceded Johnny Rea, who was forced to console himself with the lowest step of the podium.

On the part of the Ducati rider there is satisfaction for the result achieved and at the same time for what has been done in this first part of the season.

“This morning I lacked confidence in the front – Alvaro said – I therefore preferred not to take risks to avoid making mistakes and losing points. In the afternoon, on the other hand, I found the competitiveness I wanted, but unfortunately Toprak was faster ”.

The balance can only be positive.

“I was aware that these two tracks, like Magny-Cours, are the most complicated. For me it was essential to manage the advantage and not lose points. Unfortunately I crashed in Donington, but here I won a race, but in the end I am satisfied with what I have done ”.

There is also a consideration on Rea.

“This morning he was lucky not to fall and perhaps, for this very reason, he was calmer this afternoon. I think it was a fun race, where we managed to be competitive “

Alvaro then compares Toprak and Johnny.

“When Toprak is faster he attacks you and then leaves. Rea, on the other hand, always tries, in every corner. He wants to pass you and stand in front of you and often does it just to disturb you ”.

Now a month off before the restart in September.

“Now I enjoy some relaxation in the company of my family. I will also try to recover the problem in the hand as best I can, since I am not yet in top form. However, in August we will have the tests in Barcelona. It will be an important appointment to better prepare for the second part of the season. We will not have any news from a technical point of view, as we will focus exclusively on the geometry of the bike ”.

Finally, a quick review of this first part of the Championship.

“Apart from the crash at Donington, my balance is undoubtedly positive. That incident taught me a lot and now I am ready to face any situation. With Ducati I have always been in control, without going over the limit and we are first in the Championship, despite the fact that the season is long ”.