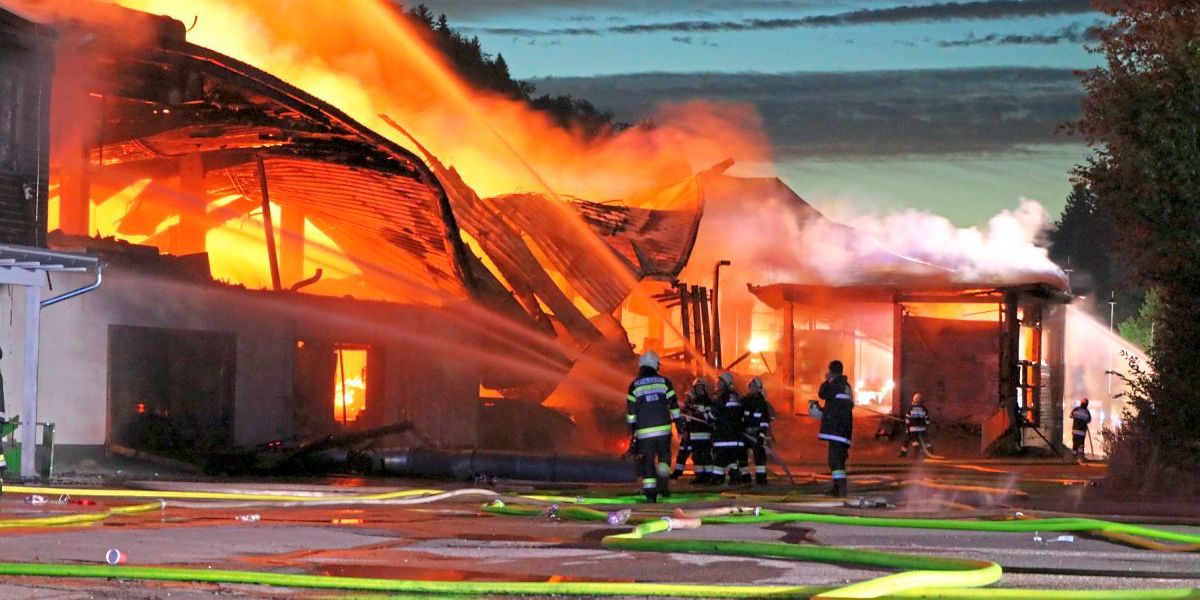 Wernersdorf – A fire in a former sawmill in the Eco-Park in Wernersdorf in the western Styrian district of Deutschlandsberg resulted in damage of several hundred thousand euros on Thursday night. According to the state fire brigade association, up to 25 brigades with well over 200 emergency services were alerted. Nobody was injured, the investigation into the cause of the fire was started, as the state police department announced.