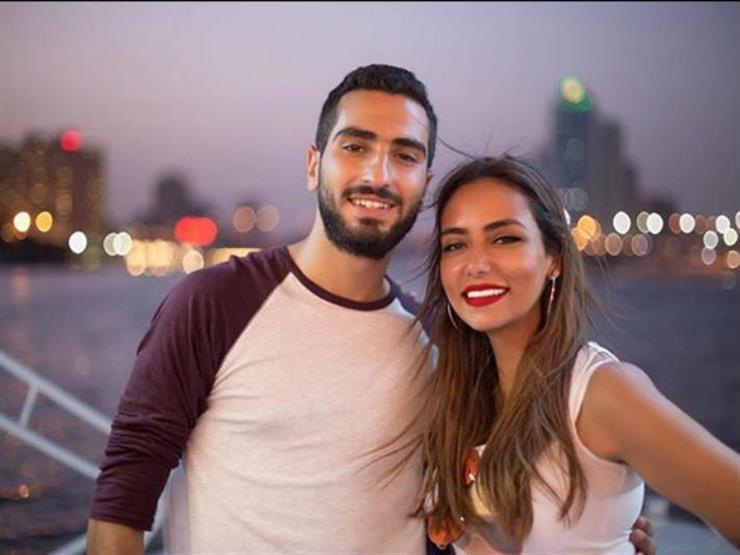 Legal Adviser Yasser Kantoush, the lawyer for producer Sarah Al-Tabbakh, warned production, media, advertising, digital applications and telecommunications companies against dealing with artist Mohamed Al-Sharnoubi individually, adding that the contract between them, which stipulates her management of his business and that she is the exclusive agent for any technical contracts of his, is still valid. So far, based on the judicial ruling obtained by his client, adding that the singer is seeking to implicate the companies.

In an urgent statement, Kantoush called on all official authorities and production companies not to deal with Al-Sharnoubi except through his exclusive agent, Sarah Al-Tabbakh, especially after all the technical unions acknowledged the validity of the contract and the eligibility of his client.

The statement indicated that no rulings were issued to terminate the contract between Sarah Al-Tabbakh and Muhammad Al-Sharnoubi, and that she is the exclusive agent for all his artwork, and also demanded that production and distribution companies, authors, producers, the Film Chamber and all three artistic unions abide by the provisions of the judiciary and not to deal directly with Al-Sharnoubi and not to conclude any contracts or issue Any approvals for any lyrical, advertising or artistic work for him except through the producer Sarah Al-Tabbakh because, according to the provisions of the judiciary, she is still the exclusive agent for all his various artworks.

The statement referred to the decision of the Syndicate of Musical Professions on 3/11/2019 “To suspend the singer Muhammad Al-Sharnoubi from work until the dispute between him and him and the concerned authorities in the field of artistic production, communications or others are all resolved to implement this decision .

He confirmed that a complaint had previously been submitted to the Film Industry Chamber regarding that dispute, and a tripartite committee was formed consisting of (the Film Industry Chamber, the Film Professions Syndicate, and the Representative Professions Syndicate). Farouk Ahmed Al-Sharnoubi to implement the terms of his contract with producer Sarah El-Sayed Mohamed El-Tabbakh as the legal representative of Earth Production, the most important of which is his commitment to handing her a power of attorney that allows her to contract on artwork, as she is the exclusive agent to manage his business because the two parties did not agree on the annulment and the failure of a court ruling to terminate the contract.

The decision also stipulated that the compensation order be left as a result of Muhammad Al-Sharnoubi’s breach of his obligations to the judiciary, and in the event that Al-Sharnoubi continued to violate the terms of his contract with the producer, Sarah Al-Tabbakh, the members of the chamber from the producers are obligated not to deal with him until he fulfills his obligations with the producer Sarah Al-Tabbakh and not accept the production form of any movie in the event of a member’s violation Chamber this decision.

To see the most beautiful pictures of celebrities, visit Instagram, madam