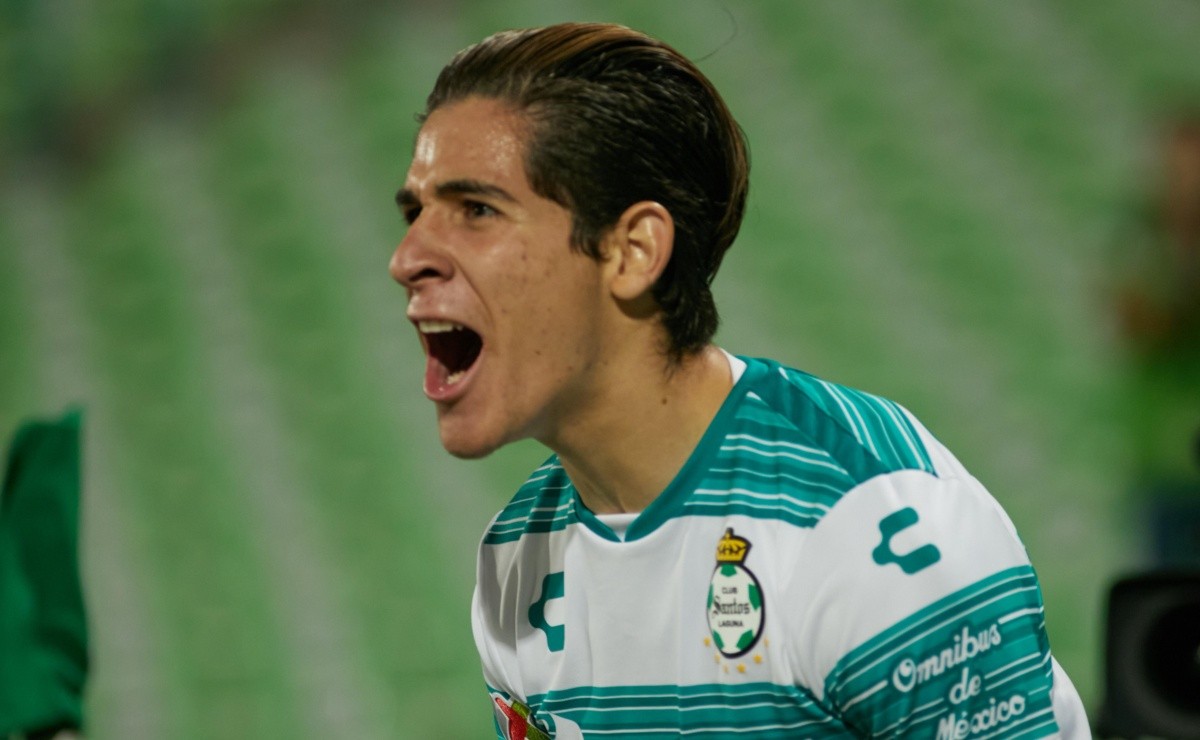 The Opening Tournament 2021 from MX League, and while the teams make the final stretch of their preseason, the movements in the transfer market Of summer. Such is the case of Santos Laguna, who is looking for his first reinforcement of this period and could have a fundamental loss of one of his footballers.

Days ago it was known that Santiago Muñoz had not been taken into account by Guillermo Almada in a friendly match contested by the Warriors in Barra de Navidad. The young promise of the team that also wears the colors of the Mexican National Team was captured without clothing of the institution and it transpired that his future could be in the football of the Old Continent.

Shortly after the first day of the start of the championship, the Lagunera institution issued a harsh statement on the situation of the striker in which it is stated that he returned to train with the U-20 by a coach’s decision based on your “lack of concentration” So what “in his head is only going abroad”. In addition, they expressed that for months the club made him a First Division contract proposal and the footballer has not yet answered.

About our player Santiago Muñoz:

1. The player has entered into a contract with registration in the Under 20 category, whose validity still establishes one more year of contract.

2. Said document establishes that, If an offer comes from abroad for your services, Club Santos will support you in every way, always prioritizing its development and sports consolidation.

3. Santiago returned to training with his category derived from a purely sporting decision by the Coaching Staff, based on a lack of concentration. and focus on the work that the team is currently doing, since today in his head is only going abroad.

4. For several months, the Club made a First Division contract proposal to the player, to generate contractual stability and continue with its development, without having an answer at the moment.