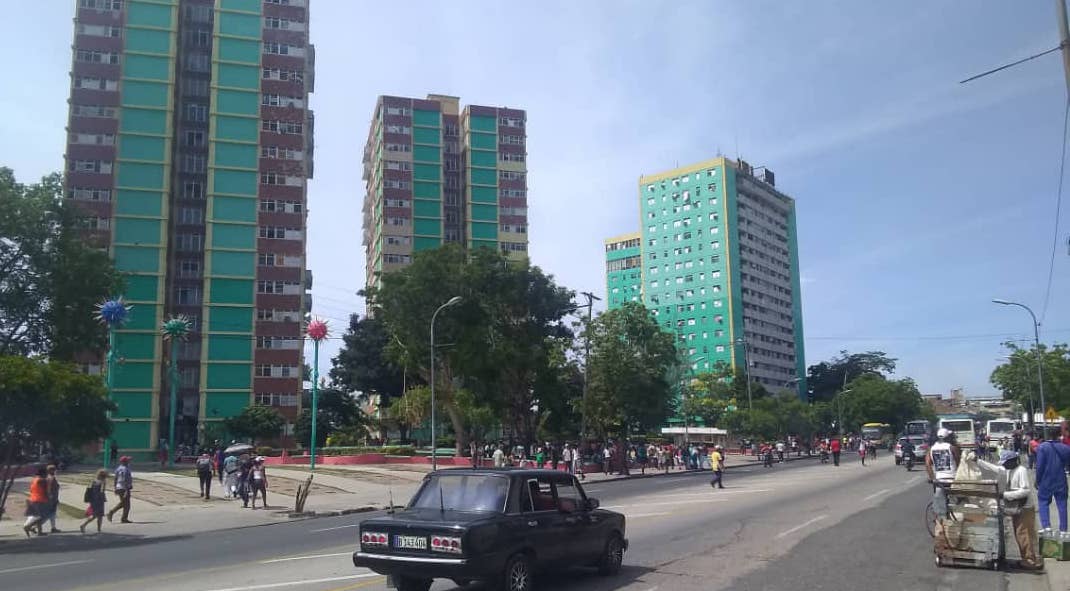 Santiago de Cuba woke up besieged by snitches and paramilitaries

Santiago de Cuba It woke up this Saturday under siege by snitches and paramilitary commandos. The political police continue arbitrary arrests, while regular troops remain on the periphery, ready to repress those who protest against hunger, shortages and blackouts.

The authorities fear that the people will advance the cacerolazo and demonstrations called by the Archipelago group for November 14 and 15; also that citizens publicly claim their rights, violated by the PCC and absent within the government’s narrative.

Fear and hostility fight against the impunity of the repressors who, dressed in civilian clothes, try to camouflage themselves in everyday life. Surrounded and cornered, the opponents subsist, who between threats and humiliations manage to evade the state of terror imposed by the military.

Cornered, too the participants in the 11J demonstrations are listed, against whom the hostility and inequity of the courts are fought.

Although President Miguel Díaz-Canel said last night that “Cuba is a nation of peace and open to dialogue,” in the island’s second largest city, the communists are preparing to beat up the people, a formula conceived to shield socialism and muzzle the habitants.

The central Parque Céspedes, site set for the start of the manifestation of 15N, it is deserted. Similarly State Security guards the Plaza de Marte, where the pilgrimage in favor of the liberation of political prisoners and human rights will conclude.

On the roofs of buildings, including the Universidad de Oriente and the 18-storey buildings on Avenida Victoriano Garzón and the intersection of Paseo Martí and Carretera Central, the intelligence services activated observation posts.

Since Thursday the working mothers and women were “liberated”, because this weekend and on Monday clothes cannot be hung on the cords of the houses, with a categorical prohibition on white sheets.

Whoever violates the indication can be prosecuted, absurdly, for acts of mercenarism and other activities aimed at subverting order.

The management councils will remain in their entities until they receive the order to demobilize, workers from the Guillermón Moncada port and the Antonio Maceo Airport ratified DIARIO DE CUBA, whose directors selected between ten and 15 workers to protect the warehouses and hangars from possible vandalism .

The CTC and the ministries indicated, without the right to reply, that the workers will dress in red, blue and green, in analogy with the flag and uniform of the army led by the dictator Fidel Castro.

Peasants and garden owners are prohibited from selling white roses. Those produced in the next 72 hours must be delivered to the Communal Company, declared Victoria, a producer.

During the rallies at the CDRs, families learned that young people cannot go out on the streets, or like “disaffected” publications, at the risk of facing prosecution for disobedience.

A bailiff of the Public Prosecutor’s Office commented, on condition of anonymity, that inmates pending trial for misdemeanors were released on bail to increase capacity in prisons, while those who are on probation or extra-criminal leave, must stay in their homes or they will be revoked.

Avenida de los Libertadores, where the busts of 44 generals from the wars of independence appear, is inaccessible. At the same time, the Altamira distribution is taken over by the police, for fear of the convening power of the Patriotic Union of Cuba (UNPACU), whose national headquarters is in that demarcation.

Just when hunger and scarcity open an abyss in the kitchens of the people of Santiago, the mayor ordered to put the scarce resources in the gastronomy elaboration centers, the MININT and the tourism sector, entrenched in that food is for the revolutionaries who fight in the front row.

Raised on the basis of the philosophy that “we are at war”, rapid response groups guard “conflictive” neighborhoods, such as San Pedrito, Indaya, Chicharrones, Marimón, Barracones, Los Olmos and Los Cangrejitos. These fiery mobs are led by the combatants’ association, while the weapons (stakes, rods, bats, mittens and even machetes) are kept in the houses of communists, retirees and federated.

“People are scared. Those who go out will be beaten. As love is over, we must love the Revolution by force,” warned Hilda Roca.

Like her, others believed that “these events will leave traces in every corner of the city and in the conscience of the people of Santiago”, who, through disappointment, radicalize their position against the Government.

“There are no limits on violence, age or sex for convictions,” said a relative of Sadiel Cintra Cruz, a young US resident who participated in the 11J demonstration, asked for 12 years in prison and was transferred to a punishment cell for starting a hunger and thirst strike.

For the independent journalist Roberto Rodríguez “the current address of Santiago de Cuba offends and sullies the history of the city, and is shown to the world as an angry and hostile leadership.”

In his opinion, of that adage of a rebellious, heroic and hospitable city they only leave a “cloudy and gloomy memory in their essences”. However, although the government tries to turn the people of Santiago into puppets and marionettes, “the majority refuse to beat their fellow citizens.”

Noralis Osorio used the terms infamy, vileness, degradation, insult, malice, shame and insanity to describe what was seen and refer to “the practice of putting chains with padlocks on the doors of families determined to march.”

Daineris Moya, Keilylli de la Mora, Ana Lidia Gómez, Nelva Ortega and Darién Columbié, coordinator of the march in Santiago, are among those threatened to face long sentences, despite the fact that Archbishop Dionisio García urged the Government not to fear changes and avoid violence.

The rest of the municipal capitals are surrounded by the Armed Forces, especially Palma Soriano, Contramaestre, Mella and Songo la Maya.

In particular, they took the streets of Palmarito de Cauto, Pueblo Nuevo, Baire and El Cobre, where threatening messages are not only against dissidents, but against “revolutionaries confused” by imperialism.