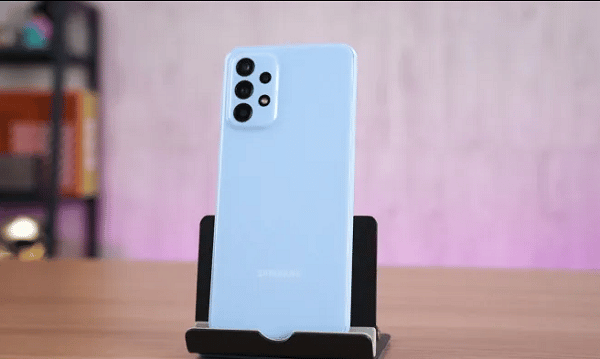 Samsung officially announced the launch of its latest phone, which comes under the name Galaxy A23, last March, and now the technology giant is preparing to launch a 5G version of the phone in Europe, which recent leaks revealed about its price before its official launch.

The new Galaxy A23 5G phone is scheduled to be based on an Exynos 1200 processor, with 6 and 8 GB of RAM, and an internal storage capacity of 128 and 256 GB, with the latest operating system from Google Android 12, and the Samsung Galaxy A23 5G phone will offer a camera Triple background comes with a 50-megapixel sensor, an 8-megapixel ultra-wide camera, and a 2-megapixel depth sensor, with a 32-megapixel front camera for selfies and video calls.

Vacant jobs at EgyptAir .. Here are the conditions and how to apply

Urgent| “Awqaf” raises the allowance for readers and senior readers .. “up to 500 pounds”

According to the leaks, the upcoming “Samsung” phone will come with a giant battery of up to 5000 mAh, which works with fast charging technology with a capacity of 25 watts, and according to one of the lists in the Regulatory Communications Agency FCC, other specifications include support for Bluetooth technology Bluetooth 5.0 and a microSD card slot and it will be launched in three At least colors, and it will be available for a price of about 300 euros (equivalent to 5,700 Egyptian pounds).