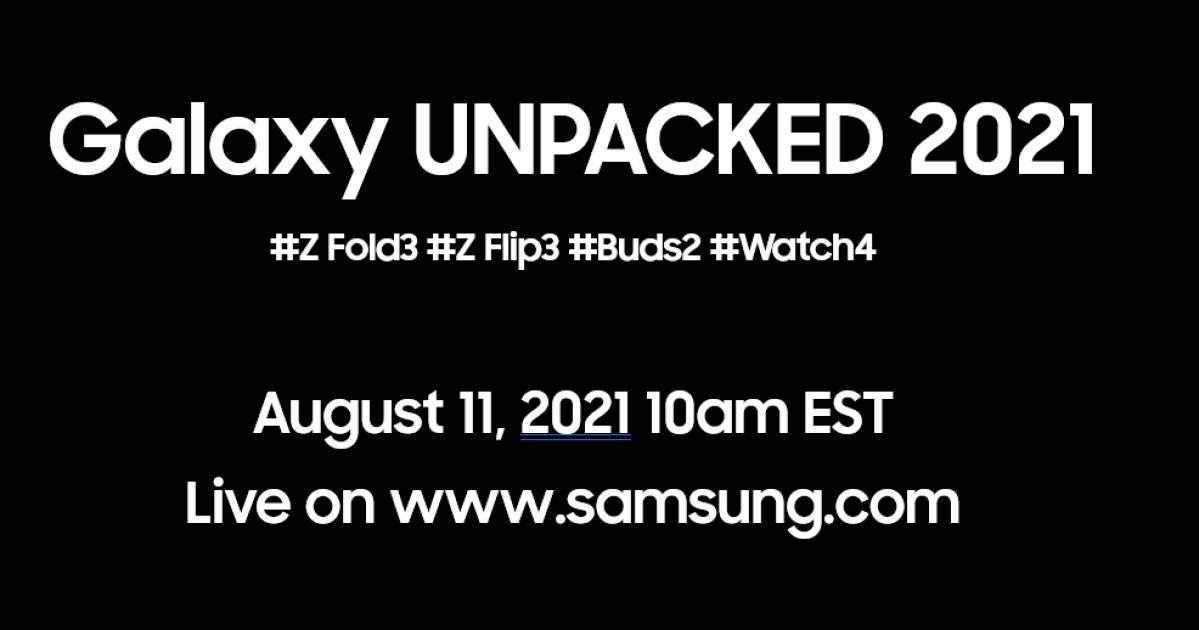 Even if the times are unusual, August is usually Note Time at Samsung. Now the planned devices have leaked in the network.

February and August are usually the months when Samsung showcases its new flagships, the S series and the Note series. This year they were even a little earlier with the S series. Now the latest edition of the unpacked events is apparently just around the corner, although the South Koreans have not yet sent out any invitations.

Evan Blass, the notorious Twitter leaker, has now learned – according to his own information from a trustworthy source – what is to be presented at the August event. One thing in advance: Samsung is saving the traditional highlight – a new note phablet – for later, and the eagerly awaited S21 FE is still a long time coming. However, this is not a reason for distress, because it is properly “folded further”.

One should be curious about the Samsung Galaxy Z Fold 3. After folding cell phones (also from other manufacturers) were more of a niche product and were plagued by screengates at the beginning, some people thought that the hype would soon subside. Apparently not, if Evan Blass is to be believed. Specs are not yet known, but optically the third fold does not seem to differ much from its predecessors.

Samsung is also planning to expand its “make-up mirror” range. The Z Flip 3 has also appeared in Blass’ tweets. It is a vertically foldable phone that is optically based on its predecessors.

Personally, I was surprised by the news that Samsung also wants to expand its watch series. Does an annual upgrade with apparently 3 (!) Models make sense for a more durable gadget like a watch? Presumably this has been precisely calculated economically. The centerpiece is of course the Galaxy Watch 4, which comes on the market as a “normal” and a classic version. Both will appear on the market with Wear OS and Samsung’s new “One UI Watch” interface will complement the operating system. The aim here: an ecosystem à la Apple or HarmonyOS from Huawei with simultaneous installation of apps on different devices with One UI. Colors: white, black and gray.

In addition, according to Blass, there will be a new Galaxy Watch Active – for sporty or outdoor use. It should also be a bit more colorful here: gray, dark green, white, peach and black.

We will (presumably) find out on August 11th whether and what of these leaks will become reality.