Samsung has given one of the most popular Android tablets a new version. The company from South Korea strictly adheres to the motto “never change a running system“…. maybe even a little too strict. For a long time, the Galaxy Tab S6 Lite held the honor of cheap Android tablets with stylus support alone. Times have changed, however, and such tablets are becoming increasingly popular. In the meantime, the Tab S6 Lite is no longer at the top of our list of the best tablets, but the Xiaomi Mi Pad 5. So let’s take a closer look to see if Samsung has anything to counter that.

Has anything changed here? Exactly, nothing. The Galaxy Tab S6 Lite 2022 cannot be distinguished externally from the 2020 version. Even with the colors nothing has changed. You have the choice between a light blue and a gray tone.

The back and frame are made of aluminum, so visible antenna strips are placed on the back of the tablet. The dimensions of the Galaxy Tab S6 Lite 2022 are 244,5 x 154,3 x 7 Millimeter. As with the predecessor, the weight is included 467 Gramm. From our experience with the first Tab S6 Lite from Samsung, we can tell you that the tablet feels high-quality and has excellent workmanship.

The display of the Samsung Galaxy S6 Lite 2022 measures 10.4 inches and relies on LCD technology. So you have to do without the bright colors and rich black levels that Samsung’s AMOLED panel is famous for. With an aspect ratio of 5:3 and 2000 x 1200 pixels distributed over the display, nothing has changed compared to the predecessor on this front either. In 2020 we were still really impressed by the Tab S6 Lite’s screen, but that was two long years ago. High refresh rate screens are now the norm and the 2022 Edition Tab S6 Lite can’t keep up. 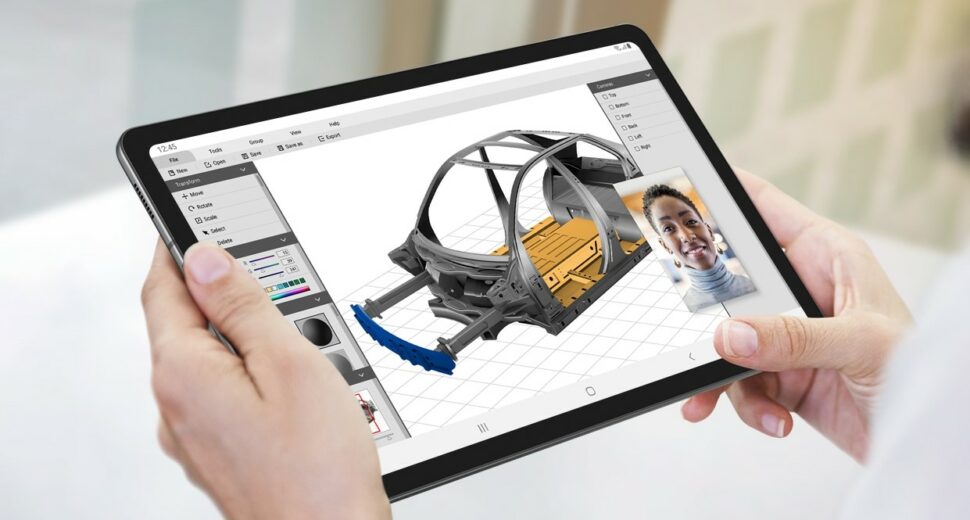 Let’s get to the updates to the 2022 version of the Samsung Galaxy Tab S6 Lite. Because there are. The new Lite Tablet no longer relies on an Exynos processor from its own company, but on a SoC from Qualcomm. Of the Snapdragon 720G is the heart of the new tablet. The processor has a clock speed of up to 2.3 GHz and has eight cores. It is manufactured using the 8nm process. We already know the chip from many smartphones. Among other things, it does its job in the Realme 8 Pro, the Redmi Note 9 Pro and the Samsung Galaxy A72. The benchmark results of the Samsung Galaxy A72 look like this:


Although the Galaxy Tab S6 Lite 2022 makes a big leap forward in terms of performance, we compare the Samsung tablet with the competition from our tablet leaderboard, but it has to give up feathers. The chip is now more than three years old. What once drove the upper middle class is anything but state-of-the-art today. The performance of the 720G will be sufficient for simple office tasks and also for taking notes on the tablet, but not for 3D games and video editing. The Snapdragon processor is supported by 4 gigabytes of memory and 64 or 128 gigabytes of hard disk. Here, too, it would have been nice to have a 6GB RAM version. The memory can be expanded via MicroSD Karte. On the system side, there is the second major update compared to the old Tab S6 Lite. This has since received an update to Android 12 and OneUI 4.0 (respect Samsung, not a matter of course), but now it’s probably over. The new Samsung Galaxy Tab S6 Lite 2022 should be supplied with updates for much longer and comes with One UI 4.1. 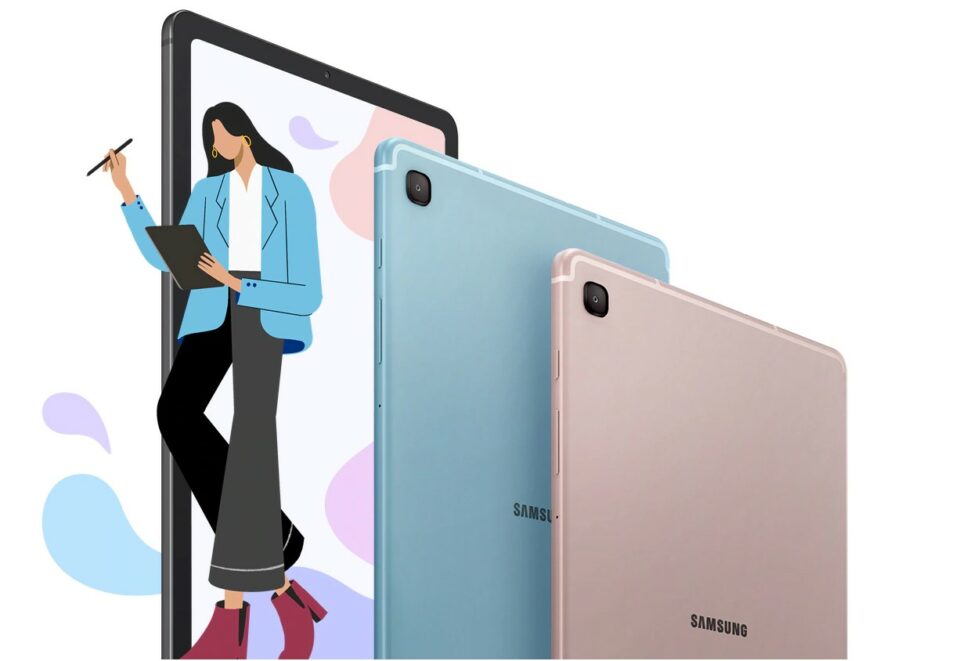 Everything stays the same for Samsung S Pen. You put that in by default, with which Samsung is more or less alone in the field. The S-Pen could be a bit more comfortable to handle (quite thin), but functionally the pen is great, it has always served me well when taking notes at university. 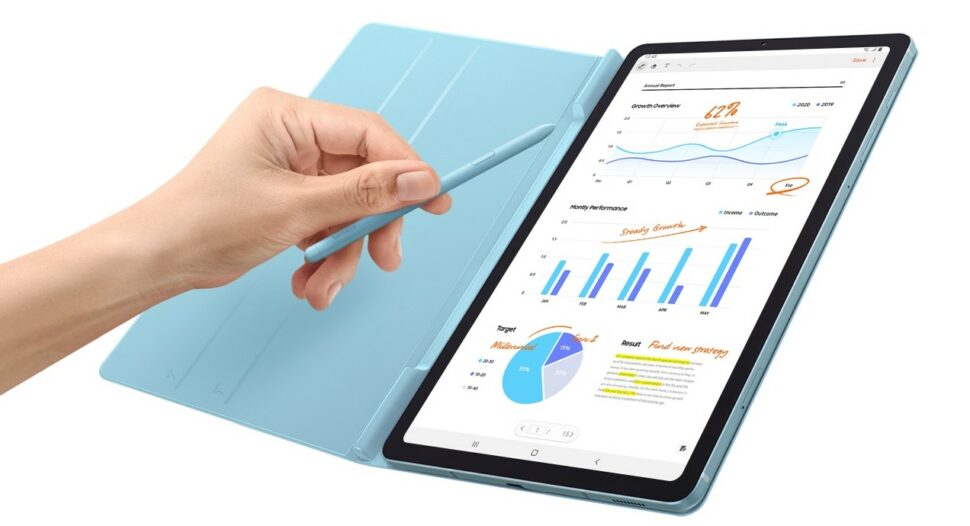 If you value mobile reception, you can buy the Samsung Galaxy Tab S6 Lite with LTE support. Alternatively, you can use the hotspot on your cell phone and save a few euros. Otherwise there is of course WiFi (version 5), Bluetooth 5.0 and even positioning via GPS, GLONASS, BDS and Galileo in the latest Samsung tablet. If you want, you can plug in headphones via the 3.5mm jack. The battery in the Samsung Galaxy Tab S6 Lite 2022 holds 7040mAh and will use up to 15 Watt loaded, so everything is the same 😅.

Yeah, that’s probably called a minimal update. You can’t change much less on a device after more than two years. The tablet is priced as follows:

To be honest, that’s almost outrageous considering the specs, but Samsung will have its reasons. They probably rely on the well-known and trusted name “Samsung” in Germany and hope to get the new Tab S6 Lite into the hands of as many (unsuspecting) parents as possible. You need it now for online competence and distance learning. The tablet is also suitable for taking notes and simple tasks, but it is by no means the best value for money. The Xiaomi Mi Pad 5 is an alternative, while those of you who are a bit adventurous can also take a look at the Lenovo Xiaoxin Pad Pro 2021. Incidentally, the old Galaxy Tab S6 Lite is still on sale and is definitely the better choice at the current prices.


*Prices include shipping and customs. Prices, ranking, delivery time and costs may change in the meantime. Prices last updated on

Get the latest information about China cell phones and gadgets straight to your inbox!