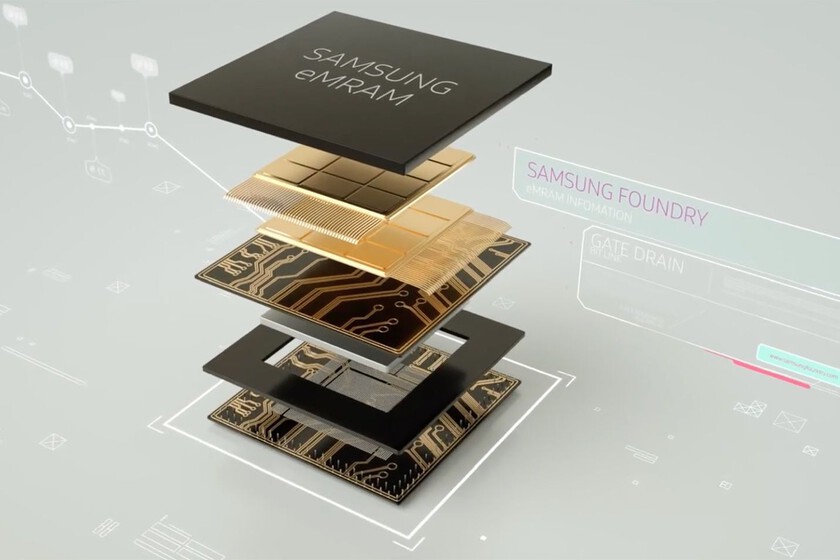 Since the 1990s, MRAM or magnetoresistive memories they have been the object of desire of many manufacturers. A new type of non-volatile memory, where the information is retained even if the device is turned off or there is no power. After several years of research, Samsung today announced that it has already shown that these MRAMs work and have proven their effectiveness in a real environment.

Samsung has built the first functional computing system based on MRAM memories. We are facing a new type of memories that opens the door to a whole new generation of chips, where memories can store data to process them. Contrary to DRAM memories, where we have dynamic data management, in these MRAMs it is also possible to maintain data.

Faster, more efficient and ready to be mass produced

The results of this test have been published in Nature by the Samsung Advanced Institute of Technology (SAIT) team together with Samsung Electronics Foundry. From the company they explain that these new memories can process a large amount of data stored within the memory itself, without having to access the data from an SSD. Because the processing of this data runs in a highly parallel fashion, power consumption is greatly reduced..

To test them, Samsung engineers implemented these MRAMs in a computing system focused on artificial intelligence tasks, where the same memories stored the starting data and performed the calculation task. The test result indicates that these MRAMs have achieved 98% accuracy in classifying handwritten digits and 93% accuracy in detecting faces in scenes. 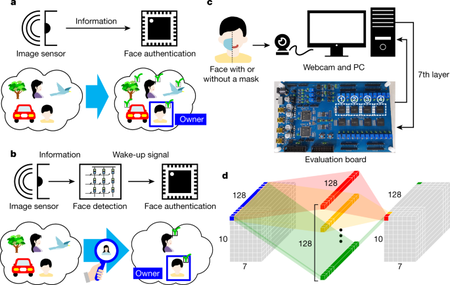 “Computing in memory is like the brain in that it in the brain, computation also occurs within the biological memory network, or synapses“, explains Dr. Seungchul Jung, author of the research. Neuromorphic computing is a new field of computing that, in addition to Samsung, companies such as Intel, IBM or HP are also exploring.