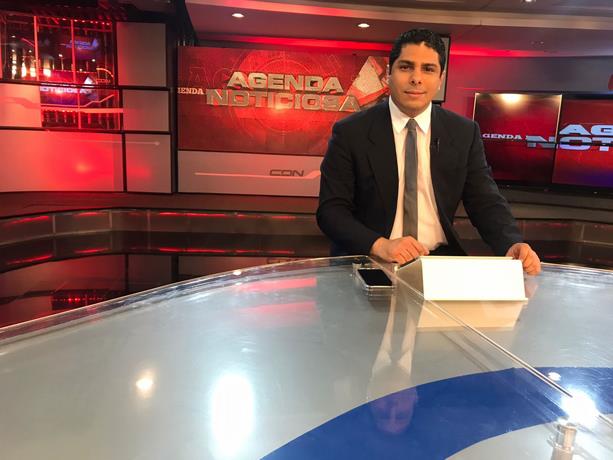 After more than six years as CDN’s show editor, Samir Saba takes on a new challenge: reading the news.

The journalist now has on his shoulders the responsibility of conducting the evening news program “Agenda Noticiosa” that until a few days ago was in charge of Jean Suriel.

“I have always said that journalists with a school are trained to address all topics. I do not believe in labels. In 2014, for example, Osvaldo Santana appointed me as a palatial reporter for the newspaper El Caribe, and the experience was invaluable,” he recalled.

Seven years later, “without leaving aside my usual tasks on the channel and after covering Jean a few times on camera, I have this great opportunity to report on the main news events in the country.”

Saba confesses that he is enthusiastic, grateful and committed to honoring this commitment made by the director and the production manager of channel 37, Alba Nely Familia and Paloma Colombo, respectively.

“News Agenda” is broadcast from Monday to Friday, at 5 in the afternoon, on the social networks of the television station and, once the distance classes of the Ministry of Education conclude, it returns to the small screen.

Along with this role of ‘anchor’ of the newscast, the renowned journalist will continue to lead the program “Famosos Inside” and the show segments of “More than news” and “Final focus”.

During these almost 24 years of experience, he has worked in the written press, radio and television media such as CERTV, Teleantillas, Listín Diario, El Caribe and CDN, among others.

At present, he also works as the person in charge of Public Relations of the National Council for Children and Adolescents (Conani).