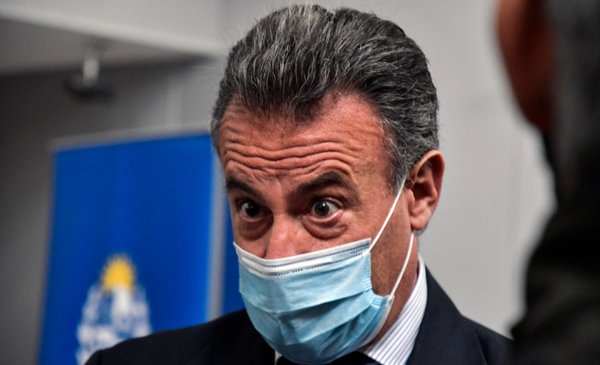 The Minister of Public Health, Daniel Salinas, pointed out as general recommendations against monkeypox, “maintain a stable partner” and make a “correct use of condoms”.

Five days after the World Health Organization (WHO) recommended homosexual men “reduce the number of sexual partners”, Salinas clarified that “it is a problem for the entire population, regardless of their sexual orientation and gender identity.”.

This was indicated this Tuesday through Twitter, where he added “clarifications” about preventive measures to avoid smallpox. “It is a transmissible infectious disease in which we emphasize the importance of extreme personal care in sexual-affective relationships with the correct use of condoms,” he explained.

It is a problem for the entire population, regardless of their sexual orientation and gender identity.

Hours earlier, he told the press at the Ministry of Public Health building that these are measures that will help to be “cautious at this stage.”

On that occasion, when asked if sexual minorities are the ones that should take the greatest precautions, he stated that they should not be stigmatized since this “is not a problem of LGBT+ groups” but rather it is “of the type of behavior” that the couples have, in this case, “without protection”.

Monkeypox is not a sexually transmitted disease, but transmission occurs through prolonged physical contact, so sexual intercourse has so far been the main route of transmission.