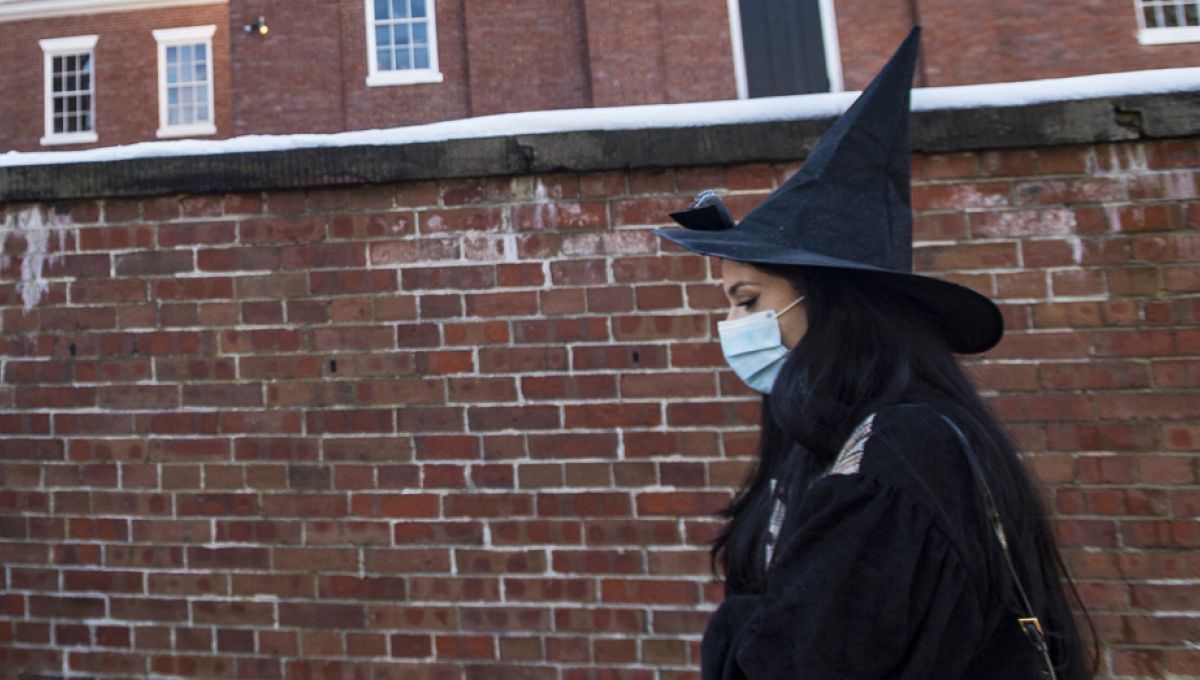 Hundreds were accused of sorcery, and of the inhabitants of Salem and its environs, twenty persons were executed, women and men, sent to the gallows, the last recalcitrant having been crushed by stones. It was in 1692, in Salem Village, now renamed Danvers, Massachusetts, that the witch hunt began, and continued for just over a year.

A judicial frenzy steeped in puritanism, superstition, misogyny and revenge takes hold of the British colony: while diseases circulate in the community against a backdrop of heavy social inequalities and the fear of being attacked by Amerindians persists , it is necessary to designate scapegoats. Elizabeth Johnson Jr., 22 at the time, was one of them.

Sentenced to death by hanging, she narrowly escaped her sentence thanks to the intervention of the Royal Governor of Massachusetts William Phips, dispatched to the scene, who put an end to the trial ball and ensured that the imprisoned defendants were gradually released. . However, it took 329 years, until 2022, for Elizabeth Johnson Jr. to be officially pardoned.

This Thursday, May 26, 2022, Massachusetts lawmakers have indeed exonerated the young woman, wrongly accused of having practiced witchcraft. It was last year that a procedure was launched to reconsider his case, thanks to the action of third (eighth grade, in the American school system) students at the college in North Andover, the region of where Johnson was from.

“They spent most of the year working to get this ready for the legislature — drafting a bill, writing letters to lawmakers, creating presentations, doing all the research, reviewing Elizabeth Johnson’s testimony, learning more about the Salem Witch Trials”explains Carrie LaPierre, the civic education teacher who accompanied the students of North Andover in this project.

A bill to exonerate Johnson was thus introduced by Democratic Senator for Methuen Diana DiZoglio, to whom the students had sent the fruits of their labors. “We can never change what happened to victims like Elizabeth, but we can at least set the record straight”said the latter.

See also  Britain will respond to the hijacking of its ship in the English Channel: Politics: World: Lenta.ru

In 1712, Elizabeth Johnson asked the Massachusetts court to find her innocent, but her petition was unsuccessful. Subsequent legislative resolutions, which cleared a series of defendants, remained limited, and made no mention of her name.

“Elizabeth’s story and struggle continue to resonate strongly today, assure DiZoglio. Although we have come a long way since the horrors of the witch trials, women today still too often see their rights challenged and their concerns dismissed.”