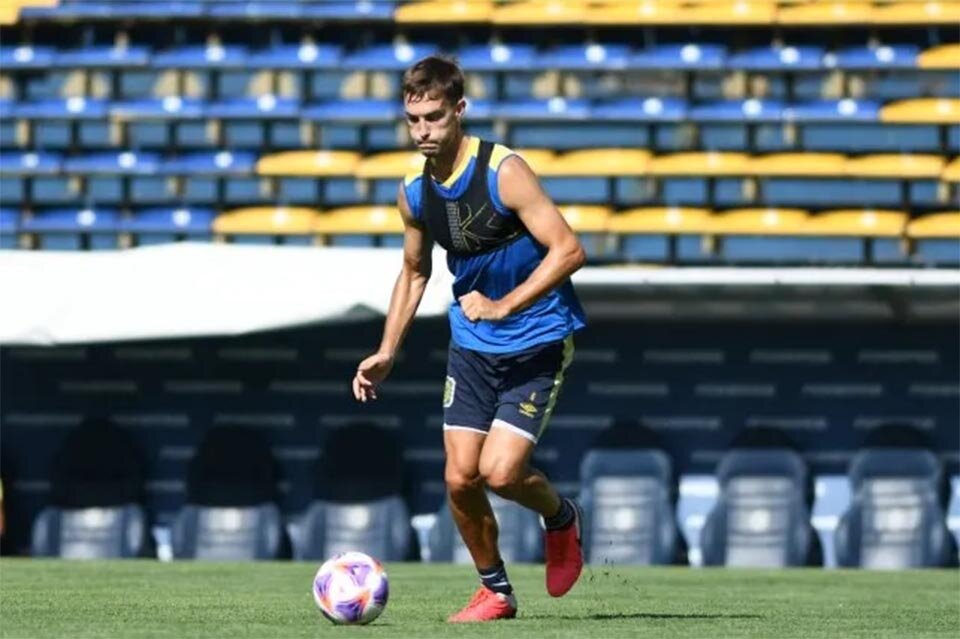 Russo bets on Komar on defense

Russo restores the confidence of a player who has not yet found a place in Arroyito. Today the team for Friday is defined.

Miguel Russo has everything ready for Central’s debut against Argentinos on Friday afternoon at Gigante de Arroyito. The Canaya coach shores up the team with the presence of some reinforcements and restores the confidence of Juan Cruz Komar, relegated from the first team with Carlos Tevez. “Komar is a player to be recovered”, asserted a collaborator of the auriazul coach. Today stalls for non-members go on sale with exclusive sale on the club’s website. The leadership alerted for fraud in the sale of tickets on social networks from accounts that do not belong to the institution.

Central paid more than two million dollars for Komar. The player, far from responding on the field to the price of his pass, had many disappointments at the club, first with Cristian González as coach and then, when he was displaced by Tevez. But for Russo he is a valuable piece to recover in the squad and who must assume a relevant role: “It is an objective to recover Komar at his best level, he is the best defender we have,” said a Russo assistant. Not only did Komar start the entire preseason, but he was always considered in trials as a first-team player. The relegated was Facundo Almada, even more so after the hiring of Carlos Quintana and Facundo Mallo as reinforcements. And that is why Almada still manages his transfer to soccer in Mexico on loan. It is unlikely that he will play for the auriazul next season.

The doubt that persists to define the team that receives Argentinos the day after tomorrow rests on the Uruguayan Mallo. The central defender is not physically at his best and Russo will wait to make a decision. In case of playing Mallo, the team will stop with a line of five in the background and will form with Servio; Damian Martinez, Mallo, Komar, Quintana, Lucas Rodriguez; Mac Allister, Ortiz, Malcorra; Candía, Oviedo. If Mallo does not respond to the demands, the coach will resign the back five line and include a midfielder. In this case, Walter Montoya has a possibility, who did not have a good preseason and for that reason did not get into the starting eleven, but Luciano Ferreyra and Juan Cruz Cerrudo also appear with chances. The coach defines it today after the soccer test in Arroyo Seco.

The Canaya leadership warned yesterday that tickets for Friday’s game are only sold on the club’s website and there is no longer a place in the generals for members. What will be offered today in the afternoon will be stalls for non-members at 5500 pesos. Members with paid January quota will be able to buy at a value of three thousand pesos. The sale will be extended today and tomorrow as long as the availability in the Gigante de Arroyito is not exhausted. Any other ticket purchased outside the club’s official website will not be valid for access to the stadium on Friday. There are fewer stalls available as the club sold 20 per cent more season tickets than last year. Between members who renewed their place in the stalls and those who acquired a season ticket, Central has sold almost six thousand season tickets for the season that begins on Friday.

See also  Ukraine: Moscow, we will hit Kiev government if it has long-range missiles - World

As for the squad, the transfer book closes tomorrow and the club has no plans to hire more players. Russo wants to add an offensive midfielder even though the names he proposed come at a cost that the treasury can’t afford. The club will sign up players only if at the last minute among those offered there is one that interests the coach.