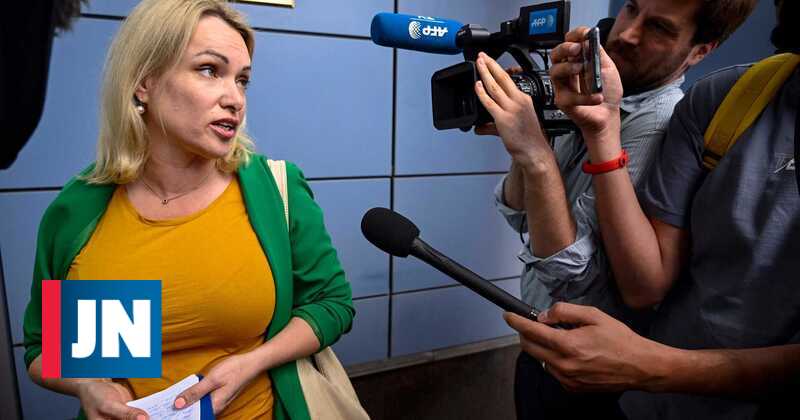 A former journalist from Russian state television who resigned after making an aerial protest against Russia’s war in Ukraine was, this Thursday, fined 50,000 rubles (about 793 euros) for discrediting the military.

Marina Ovsyannikova was charged under a law enacted after the February 24 invasion of Ukraine that penalizes statements against the military, a conviction punishable by up to 15 years in prison.

The fine was imposed for his remarks in a court where opposition figure Ilya Yashin was detained, pending trial for spreading false information about the military.

Previously, the journalist had already been fined 30,000 rubles (about 476 euros) for holding an anti-war poster during the March 14 evening news broadcast on state channel One.

In Russian, the poster read: “stop the war, don’t believe the propaganda, they are lying to you here”. In English it said “no to war” at the top and “Russians against war” at the bottom.